WALLINGTON-DEMESNE, a township, in the parish of Hartburn, union of Morpeth, N.E. division of Tindale ward, S. division of Northumberland, 12½ miles (W. by S.) from Morpeth; containing 167 inhabitants. The township consists of 1,781 acres, of which 664 are arable, 954 pasture, and 163 woodland. It was formerly the property of the Fenwicks, and in the beginning of the last century became that of Sir Walter Blackett, who built the mansion-house, and laid out the park and surrounding grounds; from him it passed to the Trevelyans, an ancient Somersetshire family, now represented by Sir John Trevelyan, Bart. The house is a large and imposing structure, and the extensive pleasure-grounds display some taste, and present many fine views; it contains a well-selected museum of natural history. Most of the land is tithe-free; a rent-charge of £1, 4. only is paid to the vicar of Hartburn. In pulling down the remains of Fenwick Tower here, in 1775, several hundred gold nobles, of the coinage of Edward III., were found in an open stone chest, supposed to have been concealed in 1360 on the invasion of David, King of Scotland, who made prisoners the two sons of Sir John Fenwick, then owner of the castle. 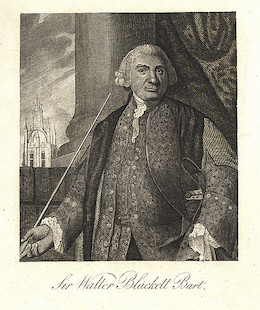 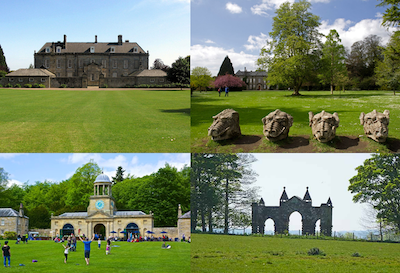 Wallington
- Overview About Wallington Map Street View &nbsp; Wallington is a country house and gardens located about 12 miles (19 km)&nbsp;west of Morpeth, Northumberland, England, near the village of Cambo. It ...

Wallington
- Overview About Wallington Map Street View &nbsp; Wallington is a country house and gardens located about 12 miles (19 km)&nbsp;west of Morpeth, Northumberland, England, near the village of Cambo. It ...