It is probable, however, that Tynemouth Castle and Abbey, in its early construction, was no more than a religious house upon the introduction of the Monastic- institution into this country; the first was of wood, for both sexes, and in which Rosella, King Edwin's own daughter, took the veil. Oswald, who succeeded to the throne of Northumberland in 634, pulled down this wooden religious fabric, and upon its site built another of stone. An oratory, dedicated to St. Mary, is said to have been in this place, where a great number of persons of distinction assembled for the purpose of religion. The Monastery quickly required a high reputation for local sanctity, insomuch, that persons dying in the vicinity were brought to be interred within its walls. Among others, the murdered body of King Oswin, the king and martyr, who by treachery fell a victim to the ambition of Oswin, King of Bernicia, another petty prince of Northumberland, anno 651. The bodies of Malcolm, King of Scotland, and Edward his son, both slain in battle at Alnwick, were interred in this Monastry. The oppressions which the English suffered from the Conqueror and his family, often excited rebellions, in one of which, Robert de Mowbray, Earl of Northumberland, attempted to dethrone Rufus, was defeated, fled to Tynemouth and fortified it against the assailants; but Rufus, marching in person against him, besieged the castle for two months, and taking the stronghold, Mowbray was dragged out, and ignominiously put to death. This prince conferred many grants and privileges upon the Monastry of Tynemouth. Henry II gave it also several valuable endowments; but, above all King John, who resided much in these parts, was the most liberal donor to the priory. In 1075 the Church at Tynemouth was given to Jarrow by Waltheof Earl of Northumberland; but in 1090, it was given by Robert de Mowbray to the Abbey of St. Albans, and remained subject to it until the dissolution in 1539.

Of the existing edifices, the earliest portion was built about 1106 and consists of a cylindrical Norman column near to the intersection of the Priory and the Parish Church. The Norman Church was terminated by an apse, the foundations of which were uncovered a few years ago. About the year 1220 the beautiful early English additions were made to the Church. The glory of the early English Church consists in the marvellous beauty of its lancet windows, at the east end of the choir. When the additions were made to the Church a screen was carried across the church, and the eastern portion was the Priory Church of St. Oswin, and the western portion was the Parish Church of St. Mary. In the year 1400 a further addition westward was made to the Parish Church, and the deeply recessed doorway was inserted. About the year 1335 a chapel, at the east end of the choir of the Priory Church, was built, and later the beautiful little chapel which is commonly known as the " Lady Chapel" ;but the better opinion is that it was a Chantry Chapel, and this view is strengthened by the armorial bearings of the Percy family which appear at the inside of the doorway and upon its vaulted roof. This chapel is only 18 feet in length and 12 feet in breadth. Its richly vaulted and bossed roof is unique. On three transverse lines running east and west the intersections are enriched with circular bosses. The principle subjects sculptured upon which are our Saviour, the Virgin Mary, and the Twelve Apostles.

In the early part of the present century the chapel was used by the Ordnance Department as a place of deposit for stores, and the windows were blocked up; but in 1850 it was given back to the parish, and restored to its present condition.

On the 12th January,1539, the Priory was dissolved by Henry VIII., who stripped the ancient Monastery of all its. valuable possessions; when Robert Blakeney, prior, with fifteen monks and three novices, surrendered the Monastery of Tynemouth. Henry, however, conferred pensions upon the expelled monks and prior. In the time of Cromwell the parishioners were deprived of the use of their Parish Church, and a new Parish Church was built in the town of North Shields. Side by side the Priory and Parish Church have crumbled away, but the hand of time has been heavier on the Parish Church, of which little remains; while much of the Priory Church is still visible. Of the Priory buildings, other than the Church, few remain. Near to the South Wall are several spacious vaulted chambers, one of which it is supposed was the kitchen; it is now used for the deposit of gunpowder. The shrine of St. Owin gave great interest to the Priory Church; the warlike King Edward I visited it, and offered a clasp of gold. He also brought his youthful bride, Marguerite, the Flower of France, who stayed at the Priory while the King was in Scotland. Edward II was here with his Queen ; and Edward III, was a visitor, and offered a cloth of gold at the shrine of the Saint. In 1633 the ill fated King Charles I was at the Castle. He was the last of our kings who visited the Castle of Tynemouth. The visit of our future king, the Prince of Wales, on the occasion of the opening of the Albert Edward Dock, by the Prince and Princess of Wales on August 20th, 1884, might justly be included in the list of Kings and Queens who have visited Tynemouth. This last occasion will ever be memorable as one of the most imposing sights ever witnessed in the North of England; if not on any river in the United Kingdom. The Royal progress down the Tyne from Newcastle was one long triumphal sail; it was estimated that upwards of 150 vessels formed the procession, and the banks of the river on the entire route, for mile after mile, were black with one continuous mass of human beings.

During the reign of Charles I and that of the Commonwealth the Castle of Tynemouth had a troubled history. In 1644 it surrendered to the Scotch army, under General Lesley. In 1648 Colonel Lilburn revolted against the Commonwealth, when the Castle was taken, and Lilburn beheaded, his head being afterwards exposed on the Castle walls fixed upon a pole.

After having suffered many disastrous revolutions, Government resumed possession of the Castle in1783, making it a depot for arms and stores; when a regiment of artillery, with a quantity of ammunition was lodged in a new building erected within the Castle yard for the purpose. In doing this, however, the Duke of Richmond, then Master of the Ordnance, entirely destroyed the magnificent entrance, which had been for ages the chief ornament of the Castle, and rebuilt it in a contemptible style of architecture, over which barracks are fitted up for the soldiers.

Within the Castle walls is the Tynemouth lighthouse, a revolving light, which occupies the site of one erected in 1536;the bright flash of light across the waters at its feet, is a pleasant sight from the promenade on the piers below, as it sheds its rays over the North Sea, a guide to the storm tossed mariner.

The burial ground around the Abbey has a curious effect upon the mind; for on all sides the visitor finds " cannon to right of him, cannon to left of him," and every sign of military- activity; the measured tread of the sentry falling upon his ear as he looks upon the silent-resting place of the dead

"How many now in death are sleeping
'Neath that graveyard's grassy sod,
Who often, on a summer's evening,
Around those airy walks have trod?
In that Lady Chapel, lonely,
Bending down on reverent knees,
High-born dames and pilgrims holy,
Knights and minstrels once would be.
Where yon Abbey ruin stands hoary,
Nodding o'er the sounding tide,
Where yon Abbey ruin stands hoary,
And the dead sleep side by side."

Tynemouth < Robinson, 1894 > The Piers and Breakwater 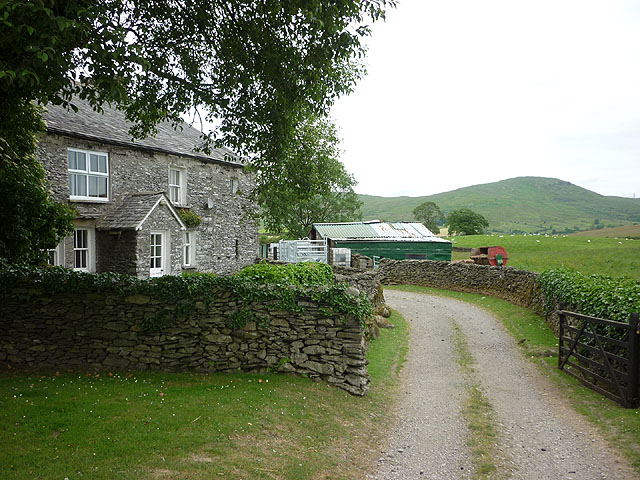 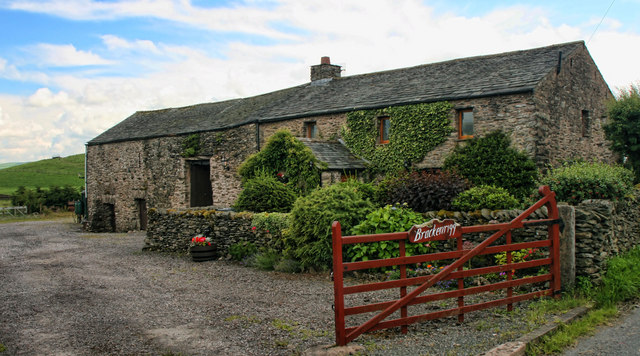 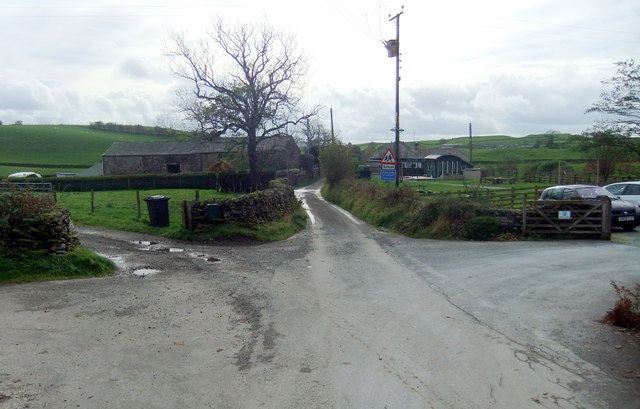 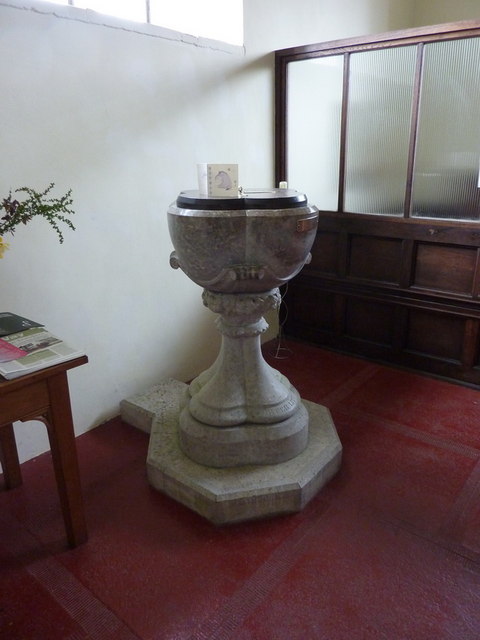