The red brick church on the Esplanade in Whitlety Bay was opened on the 25th November 1900. It was renamed as Trinity United Reformed Church in 1975. The church was closed in 2008 (though the adjacent church hall continued to be used). The church building was destroyed by fire on the 6th May, 2017 and demolition work began in the following month.

"On 18th  May 1894 a plot of land was purchased for the sum of £400 plus a further £37 for the provision of a main drain in the back lane and macadam in the Esplanade.  A North Shields architect Henry Gibson was approached to draw up the plans for a Church and hall to be built on the site.

Sir George Barclay Bruce laid the memorial stone for the hall on 31st July 1895.  His vision was to have a church in Whitley by the sea.  The hall was opened for public worship on the 8th November 1895 at a cost of £1600. This was the beginning of the Whitley Presbyterian Church, starting with 55 members and 21 adherents.

The foundation stone for the Church was laid by Mr. Thomas Alexander of South Shields on the 25th April 1900 and was opened on the 25th November 1900 by Mrs. Barclay.  In the 1930’s the membership reached it’s peak with some 900 members.

The Diamond Jubilee of the Church was celebrated with the renaming St. Cuthbert’s United Reformed Church.

On 1st July 1975 the Church joined forces with the Park Avenue Congregational Church and was renamed finally Trinity United Reformed Church and became part of the group of the Coast Group of Churches." 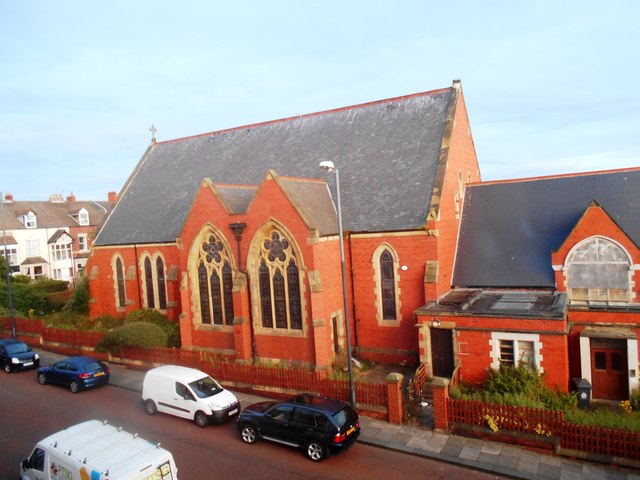 Fire destroys Tyneside landmark church
- The Guardian, 7th May 2017. "A huge fire, visible from miles away, has gutted a Victorian seaside church, a local landmark in Whitley Bay on the north-east England coast. The ... 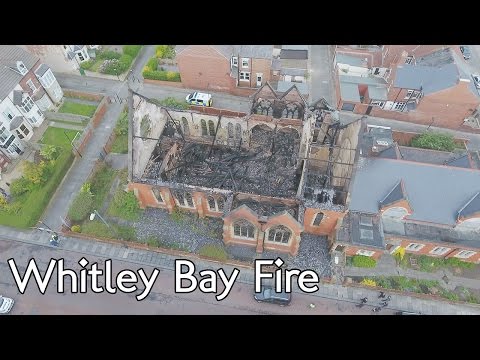 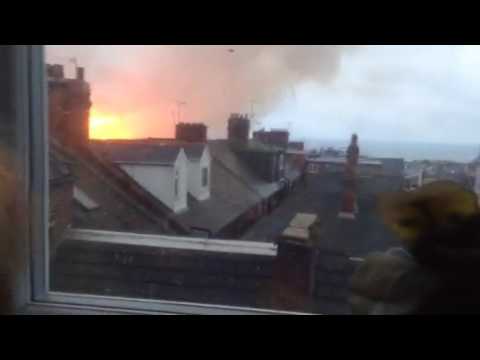 The great fire of Whitley Bay

Fire destroys Tyneside landmark church
- The Guardian, 7th May 2017. "A huge fire, visible from miles away, has gutted a Victorian seaside church, a local landmark in Whitley Bay on the north-east England coast. The ...

The great fire of Whitley Bay 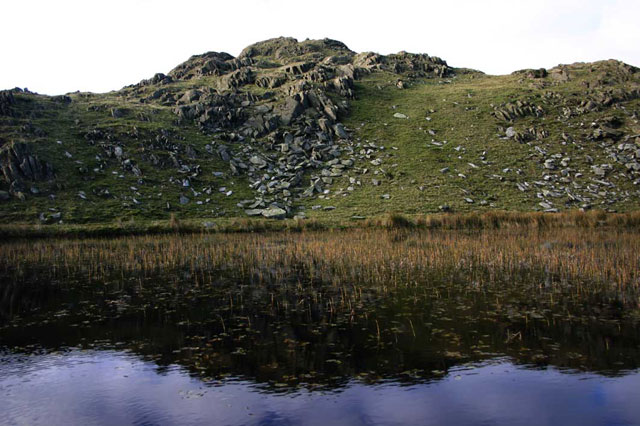