Thomas Addison was born in Longbenton, Newcastle in April 1793. Addison was the son of a local a grocer and flour dealer. He attended Thomas Rutter's School in Longbenton (also attended by Robert Stephenson), and later the Royal Free Grammar School in Newcastle, before studying Medicine in Edinburgh. He became a physician and internationally renowned scientist in dermatology, based for much of his career in Guy's Hospital in London.

ADDISON, THOMAS (1793–1860), an eminent physician, was born at Long Benton, near Newcastle, in April 1793. His father, Joseph Addison, belonged to a family of yeomen which had long been settled at Lanercost in Cumberland, and was in business as a grocer. Thomas, the younger son, was educated at Newcastle grammar school, and afterwards at the university of Edinburgh, where he graduated M.D. in 1815, writing an inaugural dissertation, ‘De Syphilide.’ He afterwards came to London, where he was appointed house surgeon to the Lock Hospital, and studied diseases of the skin under the celebrated Bateman. Although a doctor of medicine, Addison entered as a student at Guy's Hospital, was appointed assistant physician to the hospital in 1824, and lectured on materia medica in 1827. In the latter position he attracted a large class of students, and was in 1837 promoted to the office of physician to the hospital and joint-lecturer on medicine with Dr. Bright. In his hospital practice he soon became distinguished for his remarkable zeal in the investigation of disease both by observation of cases during life and by post-mortem examinations. He thus acquired a brilliant reputation as a clinical teacher, and contributed perhaps more than any of his colleagues to the fame which Guy's Hospital attained as a school of medicine during his connection with it. Addison laboured as a teacher and investigator till the state of his health compelled him to resign his hospital appointments, and he died not long after his retirement at Brighton on 29 June 1860. He was buried in Lanercost Abbey, Cumberland.

Addison's contributions to the science of medicine were numerous and important. His researches on pneumonia (published 1837 and 1843) brought to light truths novel at the time, which are now generally accepted as indisputable. The memoir on pulmonary phthisis was not less original, though its conclusions are more open to question. They have nevertheless had great influence on the progress of knowledge in this subject. After publishing some important papers on diseases of the skin, Addison produced in 1855 the work by which he is, and will always be, best known, though less valued by his own pupils and immediate successors than his earlier works. In this, the ‘Essay on Disease of the Supra-renal Capsules,’ he announced a discovery of remarkable originality, viz., that these organs, not previously known to be the seat of any definite disease, were in certain cases affected in such a way as to produce a fatal malady, with well-marked symptoms, including a remarkable discoloration of the skin, and now known as ‘Addison's disease.’ The novelty of Addison's views, as well as the rarity of the phenomena by which they could be confirmed, caused them to be received with much incredulity, and two memoirs relating similar cases, not written but supported by Addison, were declined by a London medical society to which they were presented for publication. But the reality of the facts and the correctness of Addison's explanation are now generally admitted, both in this country and abroad. Although the disease, from its rarity, has fortunately no great practical importance, its discovery remains one of the most brilliant achievements of medicine in the nineteenth century. To the therapeutical side of medicine Addison devoted less attention, and in this he was less successful than in research. Partly from this cause, and partly, perhaps, from defects of manner which are attributed to him, he never obtained a large practice or accumulated great wealth; but, indeed, to both these objects of the ambition of many men, Addison seems to have been comparatively indifferent. His soul was in his hospital work; the correct diagnosis of disease, the efficient instruction of his pupils, and the prosperity of the Guy's medical school were the objects for which he lived.

Addison's independent publications were: 1. ‘An Essay upon the Operation of Poisonous Agents’ (jointly with John Morgan), 8vo, London, 1829. 2. ‘Observations on the Disorders of Females connected with Uterine Irritation,’ 8vo, London, 1830. 3. ‘Elements of Practice of Medicine’ (jointly with Richard Bright, M.D., but chiefly by Addison), vol. i. only published, 8vo, London, 1839. 4. ‘On Disease of the Supra-renal Capsules,’ 4to, London, 1855.

His other memoirs were chiefly published in the Guy's Hospital reports for various years, and republished as ‘A Collection of the Published Writings,’ &c. Edited by Dr Wilks and Dr. Daldy. New Sydenham Society, London, 1868.

Thomas Addison (April 1793 - 29 June 1860) was an English physician and scientist. He is traditionally regarded as one of the "great men" of Guy's Hospital in London.

Among other pathologies, he discovered Addison's disease (a degenerative disease of the adrenal glands) and Addisonian anemia (pernicious anemia), a hematological disorder later found to be caused by failure to absorb vitamin B12.

Thomas Addison was born in April 1793, but his exact birthdate is not known. He was born in Longbenton, near Newcastle upon Tyne, the son of Sarah and Joseph Addison, a grocer and flour dealer in Long Benton. He attended the local Thomas Rutter school and then went to the Royal Free Grammar School in Newcastle upon Tyne. He learned Latin so well that he made notes in Latin and spoke it fluently.

Addison's father wanted him to become a lawyer, but he entered the University of Edinburgh Medical School in 1812 as a medical student. He became a member of the Royal Medical Society, which still runs today. In 1815, he received the degree of doctor of medicine. His thesis was on Dissertatio medica inauguralis quaedam de syphilide et hydrargyro complectens (Concerning Syphilis and Mercury).

Addison moved from Edinburgh to London the same year and became a house surgeon (a surgical resident) at the Lock Hospital. Addison was also a pupil of Thomas Bateman at the public dispensary. He began a practice in medicine while he was physician at an open ward reception on Carey Street.

Thanks to his teachers, Addison became fascinated by diseases of the skin (dermatology). This fascination, which lasted the rest of his life, led him to be the first to describe the changes in skin pigmentation typical of what is now called Addison's disease.

Addison's memorable career as a physician and scientist is usually dated to 1817 when he enrolled as a physician pupil at Guy's Hospital. Guy's Medical School recorded his entrance as follows: "Dec. 13, 1817, from Edinburgh, T. Addison, M.D., paid pounds 22-1s to be a perpetual Physician's pupil." Addison obtained his licentiateship in the Royal College of Physicians in 1819 and some years later was elected a fellow of the Royal College.

Addison was promoted to assistant physician on 14 January 1824 and in 1827 he was appointed lecturer of materia medica. In 1835, Addison was joint lecturer with Richard Bright on practical medicine, and in 1837, he became a full physician at Guy's Hospital. When Bright retired from the lectureship in 1840, Addison became sole lecturer. He held this position until about 1854–55. At that time, of lectures, they searched throughout the city for the most attractive teachers. Addison was a brilliant lecturer. He attracted a large number of medical students to his lectures.

Thomas Addison was a superb diagnostician, but rather a shy and taciturn man and had a small practice, at a time when physicians of his position usually had large practices. He was one of the most respected physicians at the Guy's Hospital, where he exerted a great deal of influence, devoting himself almost wholly to his students and patients. He was described as the type of doctor who is always trying to discover the change in a piece of machinery rather than one who, like his contemporary Benjamin Guy Babington, regarded his patients as suffering, sensitive human beings.

Thomas Addison suffered from many episodes of marked depression. It seems certain that depression contributed to his retirement in 1860. He wrote then to his medical students as follows: "A considerable breakdown in my health has scared me from the anxieties, responsibilities and excitement of my profession; whether temporarily or permanently cannot yet be determined but, whatever may be the issue, be assured that nothing was better calculated to soothe me than the kind interest manifested by the pupils of Guy's Hospital during the many trying years devoted to that institution."

Three months later, on 29 June 1860, he committed suicide. The day after his death, the Brighton Herald recorded that:

He was buried in the churchyard of Lanercost Priory. The hospital had a bust made of him, named a hall of the new part of the hospital for him, and perpetuated his memory with a marble wall table in the chapel.

Addison is known today for describing a remarkably wide range of diseases. His name has entered into the annals of medicine and is part of the name of a number of medical disorders, including:

Addison gave one of the first adequate accounts of appendicitis. In 1829, he published a valuable study of the actions of poisons. He also made seminal contributions to the recognition and understanding of many other diseases, including;

Text from Wikipedia, available under the Creative Commons Attribution-ShareAlike License (accessed: 31/07/2018).
Visit the page: Thomas Addison for references and further details. You can contribute to this article on Wikipedia.
People in History Rutter's School School House Longbenton High School 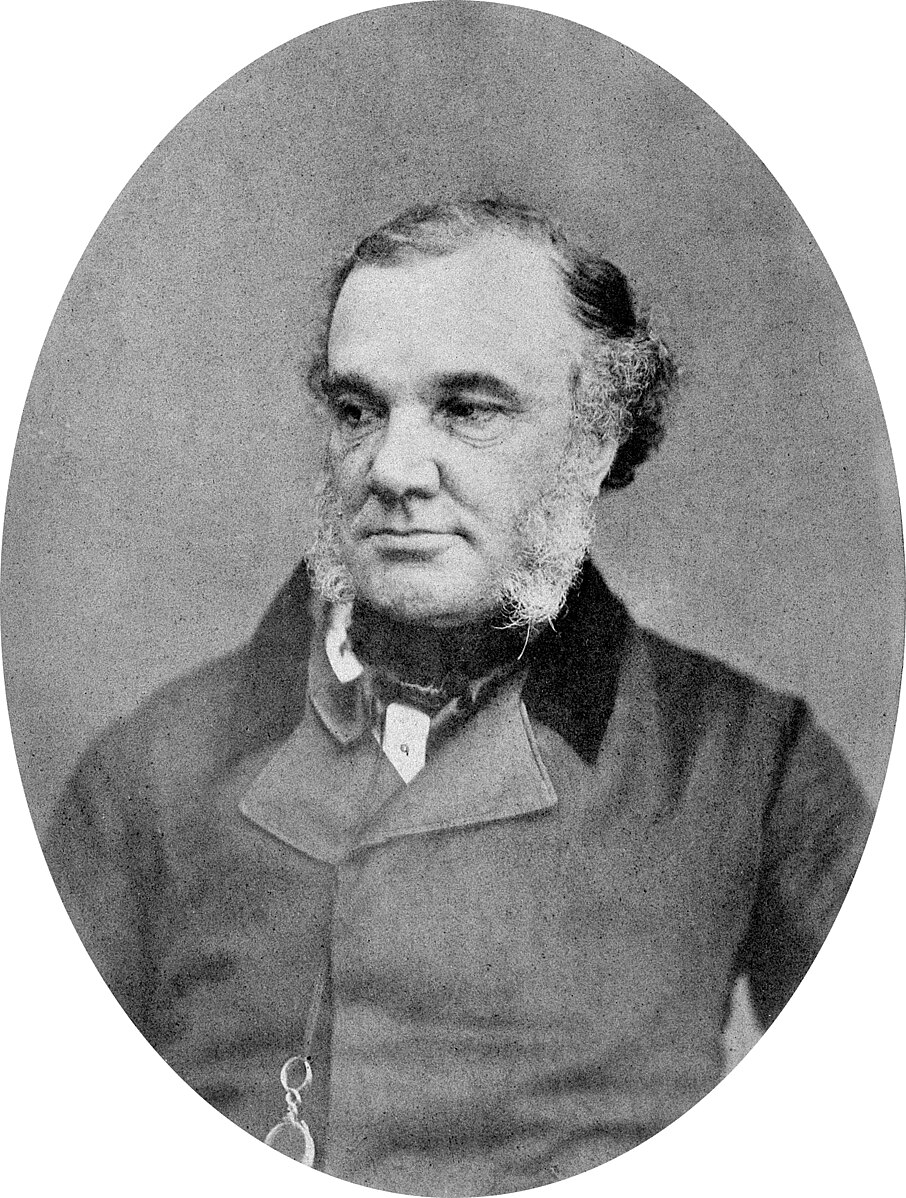 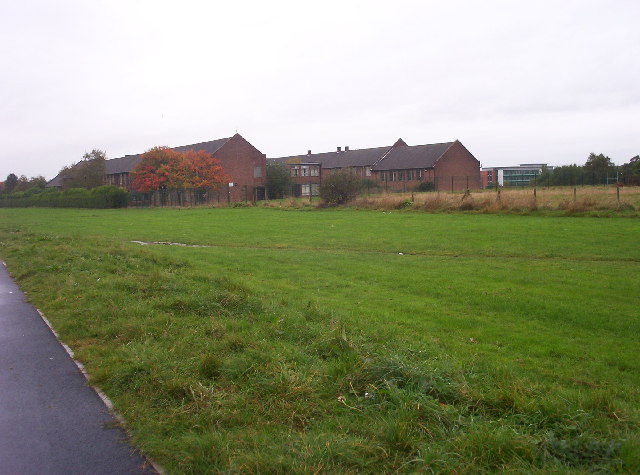