The Irton Cross is a carved Anglo-Saxon stone cross located in the churchyard of St Paul's Church - the church is in an isolated location about 1 mile north-east of the village of Holmrook and ¾ mile west of Irton Hall, in the Copeland district of Cumbria. Irton Cross is a Scheduled Monument on the National Heritage List for England.

"The high cross in St Paul's churchyard, Irton, is an excellent example of this class of monument. It is a rare survival of an intact high cross and is one of the most highly decorated crosses in Cumbria." (Historic England).

This last site is interesting as being close to the ancient harbour of Ravenglass ; and just on the other side of the harbour at Irton is a famous cross in the churchyard, which in spite of some features usually put down as Celtic, or Hiberno-Saxon, must be classed as an Anglian work. The Irton cross is carved from a single block of red sandstone, head and shaft in one piece, 10 feet high from the pedestal. The carving has been all done with the chisel, without drill or pick, and is smooth, highly-finished work, very varied in depth. The parts where the pattern runs closely together are kept shallow and flattish ; here and there a few emphatic points are deeply hollowed, giving strong touches of shade and throwing the flatter parts into breadth and delicacy. On the panel now blank are said to have been Anglian runes (described under the heading of Inscriptions) ; above the panel is a symmetrical interlacing, and below it is a very elaborate symmetrical double strand interlaced. The edges bear fine scrolls of fruit, leaves and flowers, in the best style of Anglian art, and quite foreign to Irish and Scandinavian work. The east side has two panels of diagonal key- pattern, hke the fragment at Workington, and two panels of geometrical ' kaleidoscope ' design ; at the top is a panel of chequers, like that at Bewcastle, except that they are little X -shaped depressions instead of squares. The head has on one side a boss and ring surrounded by fifteen smaller bosses, and on the other side five small bosses arranged in a cross surrounded by a ring and framed with interlacing. A curious incised plait is on the ends of the cross-arms, which are free and not joined by a wheel ; it is like the head of Ruthwell cross, which (though now restored) can never have been a wheel-cross

Irton Cross is an Anglo-Saxon cross in the graveyard of St Paul's Church, Irton with Santon, Cumbria, England. Dating from the early 9th century, it lies chronologically between the Bewcastle Cross and the Gosforth cross and has greater affinity with the earlier Anglo-Roman style of Bewcastle.

The west face has two panels of interlace, between which is a panel which once contained three lines of runes, all of which is surrounded by a border of knotwork.

The east face also has two panels with a diagonal key pattern, and two with chequers, which are in fact small sunken crosses.

There is fine scroll work on the narrow north and south sides, with leaves stem and fruit, possibly indicating a vine.

The graveyard is open to the public and the cross can be examined at any time. It is to the south of the church.

A replica of the cross can also be seen at the Victoria and Albert Museum in London. The cast was made in 1882, and along with one of the Gosforth cross, it can be seen in the cast hall of the museum.

Text from Wikipedia, available under the Creative Commons Attribution-ShareAlike License (accessed: 09/03/2021).
Visit the page: Irton Cross for references and further details. You can contribute to this article on Wikipedia.
Irton with Santon Civil Parish Church of St Paul, Irton Historic Buildings and Monuments in Irton with Santon Anglo-Saxon (410 to 1066 AD) 9th Century 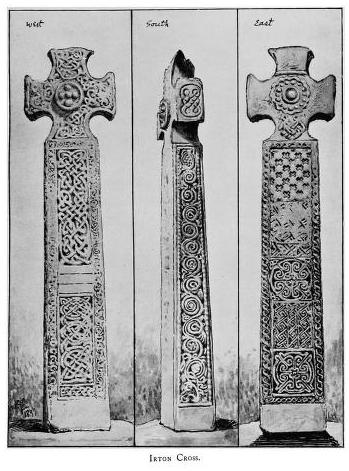 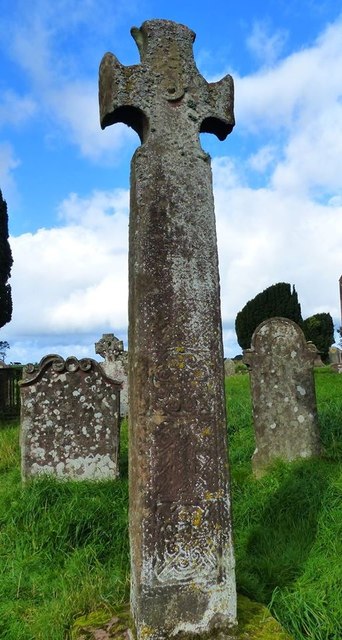 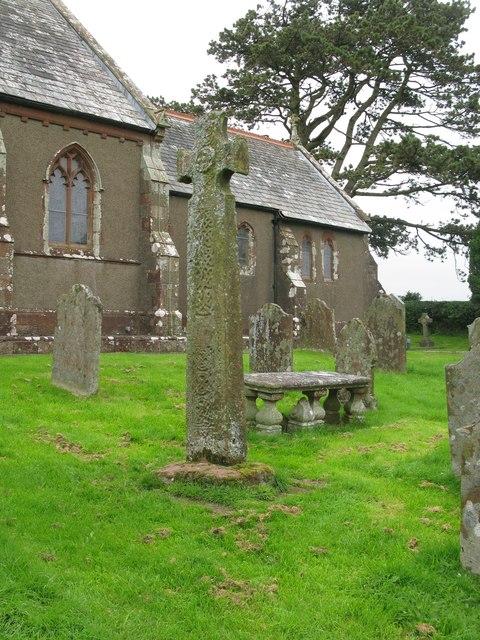 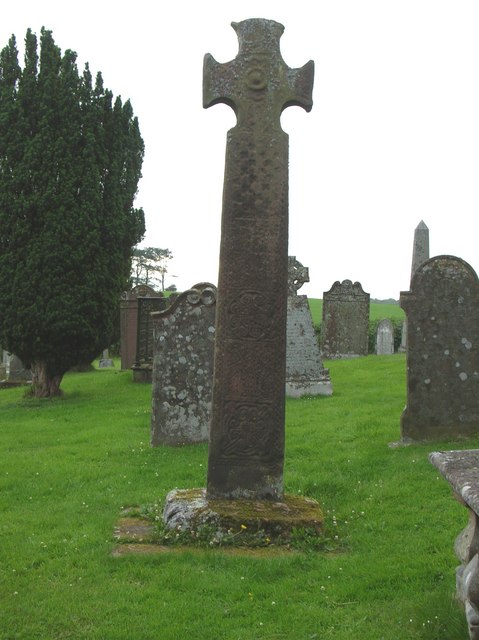 Historic Buildings and Monuments in Irton with Santon