The Castle at Castle Eden is an 18th-century mansion house and a Grade II* listed building. No trace remains of the medieval castle of Robert de Brus.

The Burdon family of Castle Eden had their origins in Stockton on Tees, where the first Rowland Burdon was mayor nine times in the 17th century. His great-grandson Rowland Burdon III, a merchant banker, purchased the manor of Castle Eden in 1758, and in about 1765, with the assistance of architect William Newton, built the house which came to be known as The Castle. The house has three storeys and a seven-bay entrance front.

The central three bays are canted and the whole carries a castellated parapet.

His grandson, Rowland Burdon V, was Member of Parliament for County Durham from 1790-1806, and his son Rowland VI was resident in 1861 and recorded in the Census of that year as a farmer of . In 1881 the Census records the resident as Rev John Burdon, a widower with two children and ten servants.

In about 1863 the entrance frontage was enhanced by the addition of a single-storey six-bayed palmhouse, and in 1893 a north wing was added.

Later Rowland Burdons served as High Sheriff of Durham in 1872 and 1907.

Text from Wikipedia, available under the Creative Commons Attribution-ShareAlike License (accessed: 23/05/2017).
Visit the page: The Castle, Castle Eden for references and further details. You can contribute to this article on Wikipedia.
Castle Eden Grade II* Listed 1765 Historic Buildings and Monuments in Castle Eden Civil Parish 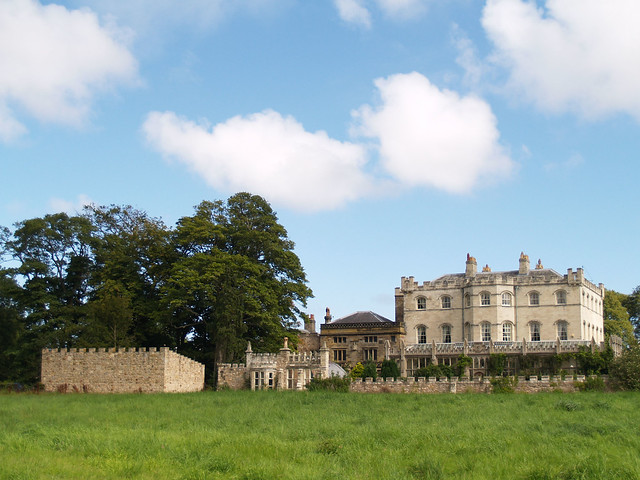 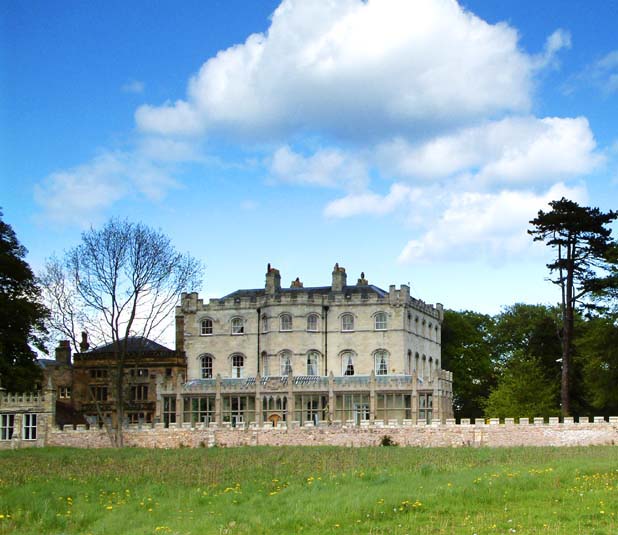 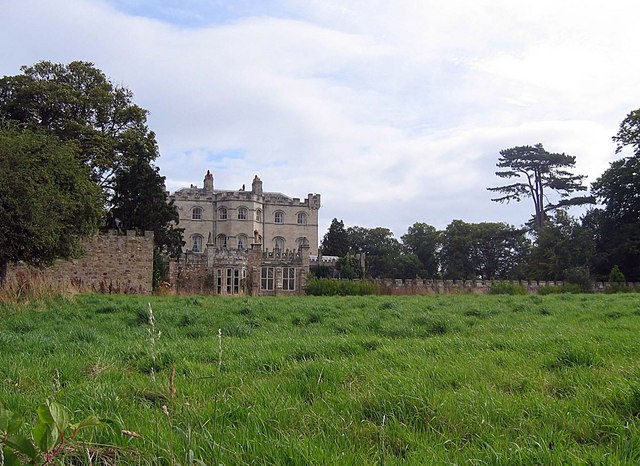