SEAHAM-HARBOUR, a sea-port, and an ecclesiastical district in the parish of Dalton-le-Dale, union of Easington, N. division of Easington ward and of the county of Durham, 6½ miles (S. by E.) from Sunderland; containing 2,017 inhabitants. This place was the property of Sir Ralph Milbank Noel, Bart., from whom it was purchased in 1822 by the Marquess of Londonderry, its present owner. The peculiar advantages of its situation on the coast had suggested the formation of a harbour to Mr, Taylor, the steward of Sir Ralph, and some plans for its construction had been drawn out by Mr. Chapman, engineer, of Newcastle, in 1820; but the transfer of the property delayed the commencement of the works till 1823, when the marquess employed Mr. Chapman to carry into execution part of the original design. After great perseverance, and a vast outlay of capital, one of the safest and most commodious harbours on this portion of the English coast was completed; and thus was laid the foundation of the present importance and increasing prosperity of the town. Being on a prominent part of the shore, the harbour has an easy outlet to the south, enabling vessels sailing in that direction to clear the Yorkshire coast in northeasterly winds, when those from the river Tees are too deeply embayed to sail. The outer harbour to the north is more than 2½ acres in extent, and forms an entrance to the inner harbour, which is of larger size; the harbours to the south, of which the outer is nearly of the same dimensions as that to the north, together comprise an area of 11½ acres. Spacious quays have been formed, with wharfs and jetties for facilitating the shipping of coal and other produce; and every requisite arrangement has been made for the safe anchorage and protec tion of vessels entering the port. The foundation stone of the harbour was laid by the marquess, on the 28th of November, 1828; the first stone of the first house in the town was laid by the marquess's second son, Viscount Seaham, on the same day, and the first shipment of coal was made on the 25th of July, 1831.

From the opening of additional mines in the adjacent districts, the town is rapidly increasing in importance. Railways from the various collieries meet at the harbour; there are several inns, and the place is abundantly supplied with provisions of every kind, and with stores for the use of vessels. A large corn-mill here is driven by steam, and a pottery has been established. The amount of export duty on coal shipped from the port, during the year ending on the 5th of January, 1843, was £573. The ecclesiastical district comprises the whole township of Dawdon. The church, erected in 1837, and dedicated to St. John, is a handsome structure in the early English style, with a square embattled tower crowned by pinnacles, and contains 400 sittings, of which half are free. The interior is neatly arranged, and the windows are embellished with the armorial bearings of the Marquess of Londonderry, and of the several families with which his lordship is connected by birth or alliance. The insertion of the stained glass, the erection of a small gallery, and the purchase of a clock and a good barrelorgan, were effected by aid of the surplus proceeds of a bazaar held under the patronage of Lady Londonderry, for the liquidation of a balance of £433 due for the erection of the church. The living is a perpetual curacy, in the patronage of Trustees; net income, £250. An infirmary was erected in 1844, under the auspices of the marchioness, with funds arising from the publication of a volume of travels by her ladyship. 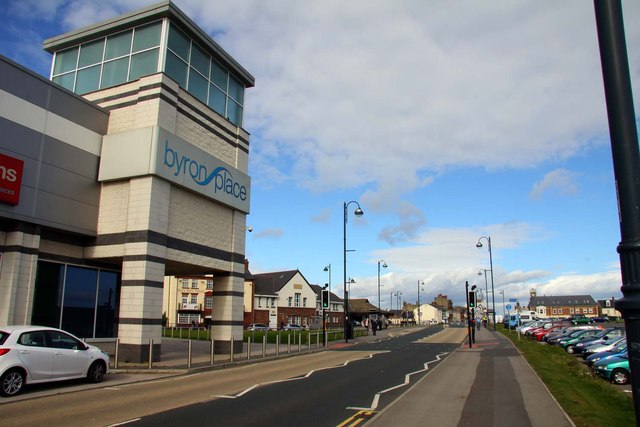 Seaham
- Overview About Seaham Map Street View Seaham is a town on the east coast in County Durham. There has been settlement at Seaham since at least early medieval times; the ...

Seaham
- Overview About Seaham Map Street View Seaham is a town on the east coast in County Durham. There has been settlement at Seaham since at least early medieval times; the ...