The Sacred Heart Church in North Gosforth was built c.1865 in the Early English gothic style. The church is notable for its significant collection of ecclesiastical stained glass, with designs by Pre-Raphaelite artists William Morris, Edward Burne-Jones and Ford Madox Brown. The church is unusual in that it was originally built as an Anglican church (St Mary's) entirely paid for by Thomas Eustace Smith (Liberal MP and the owner of Gosforth House and its estate), but then purchased in a private capacity by Bishop of the Roman Catholic Diocese of Hexham and Newcastle, Richard Collins. The first Catholic mass in the church was held in January 1912, before formally opening and dedicating the church to the Sacred Heart in June 1912.[1] The Church is Grade II listed on the National Heritage List for England.

The Sacred Heart RC Church is a Roman Catholic church and parish in North Gosforth, Newcastle upon Tyne, in the Roman Catholic Diocese of Hexham and Newcastle. Situated to the south of the village of Wideopen and north of Gosforth Park, the church is Grade II listed on the National Heritage List for England. The church is notable for its stained glass windows, bearing designs by artists from the Pre-Raphaelite Brotherhood.

The church is a 19th-century former Anglican church, built and donated by Thomas Eustace Smith in the 1860s, and named St Mary's. Use of the church fell following the more general use of St Columba's church in Seaton Burn, which was closer to most of the parish, and the church later closed.

The church was bought in 1911 by Bishop Richard Collins, Bishop of the Roman Catholic Diocese of Hexham and Newcastle and endowed to the Diocese. Mass was first led by the Bishop on 28 January 1912, and the church was formally dedicated to the Sacred Heart on 24 June 1912.

Built in the 1860s, the church is designed in the Early English style of English Gothic architecture. The architect is unknown, but due to a number of similarities to the church of Baldersby St James in North Yorkshire, the parish believes that it is the work of William Butterfield or one of his students.

The Catholic Church of the Sacred Heart of Jesus 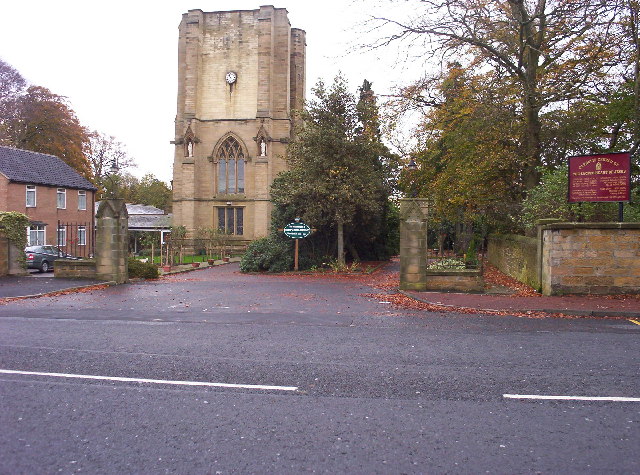 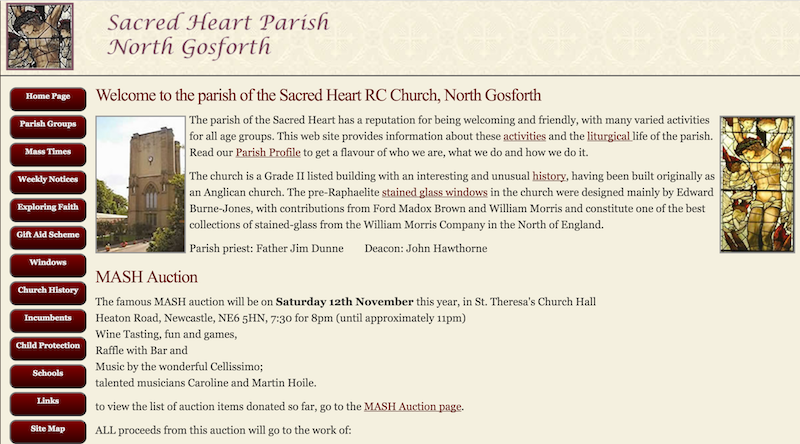 The Catholic Church of the Sacred Heart of Jesus