The River Winster is a river in the English county of Cumbria. The Winster was the boundary between the ancient counties of Lancashire and Westmorland. It has a relatively small catchment area; other streams flow parallel to it on either side.

The Winster is about 20 km or 12 miles long, and rises about 2 km south of Bowness-on-Windermere, between the hamlets of Winster and Storrs (the latter is on Windermere) and follows a southerly course, flowing past the settlements of Ludderburn, Hartbarrow and Bowland Bridge, before it is joined by Arndale Beck at Bridge House.

From there, the river continues through a valley between Whitbarrow and Cartmel Fell, flowing through Helton Tarn. It continues between the villages of Lindale and Meathop, and finally flows into the Kent estuary just downstream from Arnside.

A former course of the river joined the Kent at Blawith Point, and as a result the peninsula of Holme Island often changed hands between Lancashire and Westmorland.

A packhorse bridge is a bridge intended to carry packhorses (horses loaded with sidebags or panniers) across a river or stream.

There are two packhorse bridges on this river near Winster. The Winster Bridge (1729 with 20th-century parapet) on the river at Another packhorse bridge (Probably 17th-century. Grade II listed) is on a tributary of the River Winster at , adjacent to A5074 road. 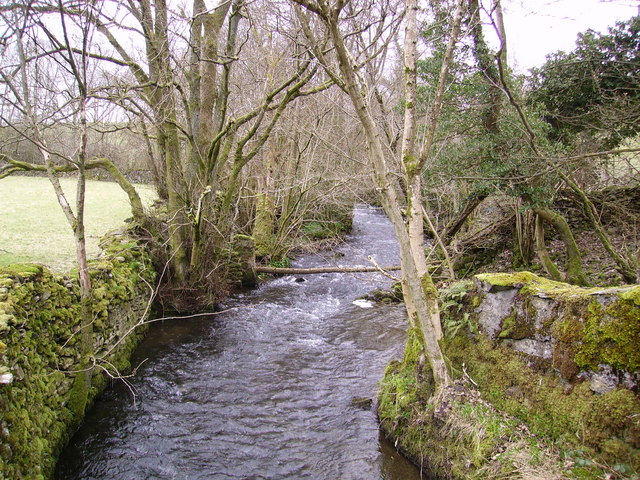 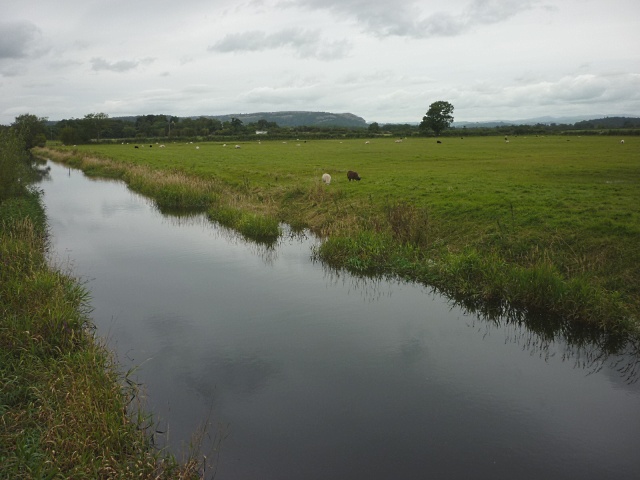 The River Winster by Lindale 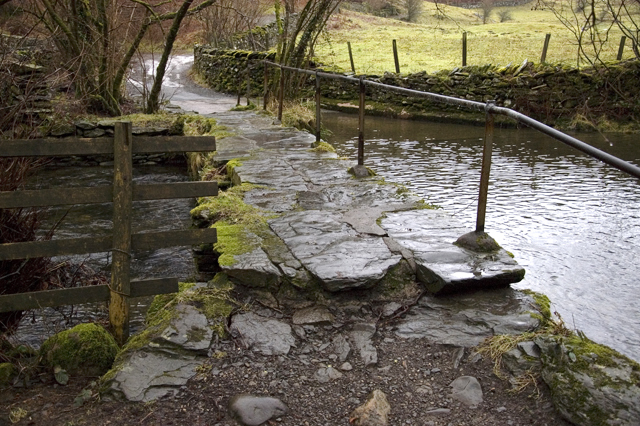 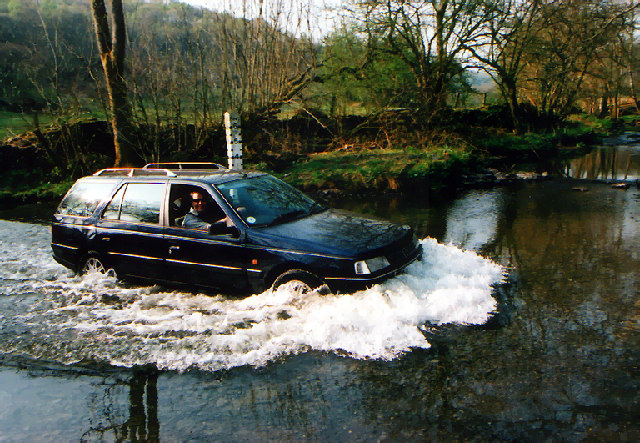 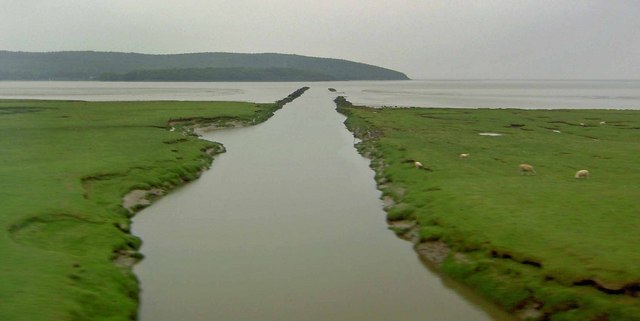 The River Winster enters the estuary 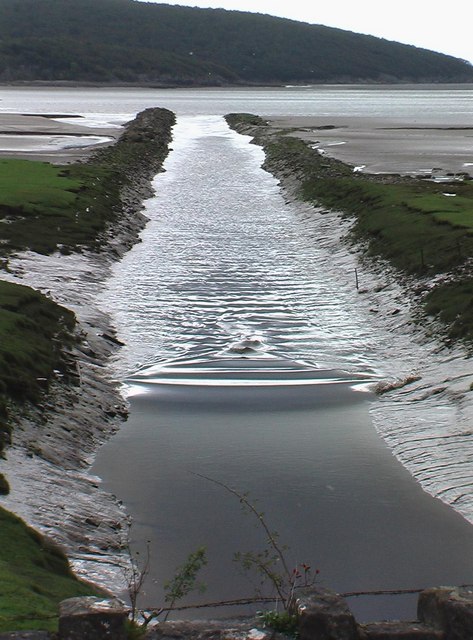 Tidal Bore on the River Winster 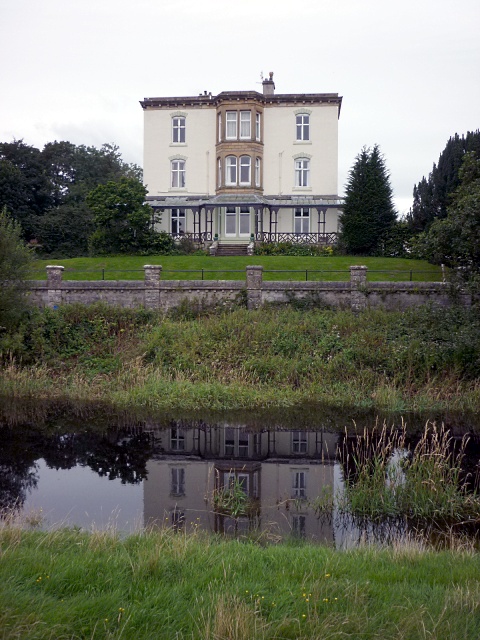 The River Winster by Lindale

The River Winster enters the estuary

Tidal Bore on the River Winster

Birks Bridge over the River Winster