The River Esk (aka 'the Border Esk') is a river mainly in Dumfries and Galloway, Scotland, which flows across the border into Cumbria, England, where it discharges into the Solway Firth. One of it's major tributaries is Liddel Water, which defines a section of the border, which joins the Esk. Settlements in Cumbria along the Esk include Longtown and Kirkandrews-on-Esk. The River Lyne joins the Esk just before it discharges into the Solway Firth. Historically the River Esk was one of the boundaries of the 'Debatable Lands' disputed between England and Scotland.

Not to be confused with the River Esk (Cumbria), which flows in the south of the county.

The River Esk (Easg), also called the Border Esk, is a river in Dumfries and Galloway, Scotland, that flows into the Solway Firth. It also flows for a small way through the English county of Cumbria before entering the Solway.

The river rises in the hills to the east of Moffat and its two main tributaries, the Black Esk and the White Esk, merge at the southern end of Castle O'er Forest. It flows south east through Eskdale past Langholm before merging with Liddel Water (which defines the border between Scotland and England. Before passing Longtown the river enters England and merges with the River Lyne and enters the Solway Firth near the mouth of the River Eden.

It was formerly one of the boundaries of the Debatable Lands as marked by the Scots' Dike.

The Scotland Act 1998 (Border Rivers) Order 1999 provides that functions relating to the management of salmon, trout, eels and freshwater fish in respect of the whole of the River Esk remain with UK ministers: the Border Esk and its tributaries are the only rivers in Scotland where an Environment Agency rod licence is required for angling.

The various tributaries of the Esk are described proceeding downstream.

The White Esk arises as the Glendearg and Tomleuchar burns merge then flow south through Eskdalemuir Forest capturing the waters of the Garwald Water at Garwaldwaterfoot then continuing by the village of Eskdalemuir into Castle O'er Forest. It is followed by the B709 road for much of its course. The headwaters of the Black Esk feed into the Black Esk Reservoir, from the foot of whose dam, the Black Esk flows south to Sandyford where it is crossed by the B723 road. It then turns sharply east then southeast passing Castle O'er on its way to meet with the White Esk to form the River Esk.

The Liddel Water is a major tributary which enters on the left bank between Canonbie and Longtown. It forms the boundary between Scotland and England for a while as does its tributary, the Kershope Burn. The River Lyne enters on the left bank at Lynefoot just above the normal tidal limit of the estuarial section of the Esk. The River Sark and the Kirtle Water enter the tidal estuary of the Esk to the east and west of Gretna respectively. See main articles on each of these and some of their tributaries.

Text from Wikipedia, available under the Creative Commons Attribution-ShareAlike License (accessed: 15/10/2019).
Visit the page: River Esk, Dumfries and Galloway for references and further details. You can contribute to this article on Wikipedia.
Rivers in Cumbria Kirkandrews on Esk Bridge over River Esk, Longtown Longtown River Lyne (Cumbria) 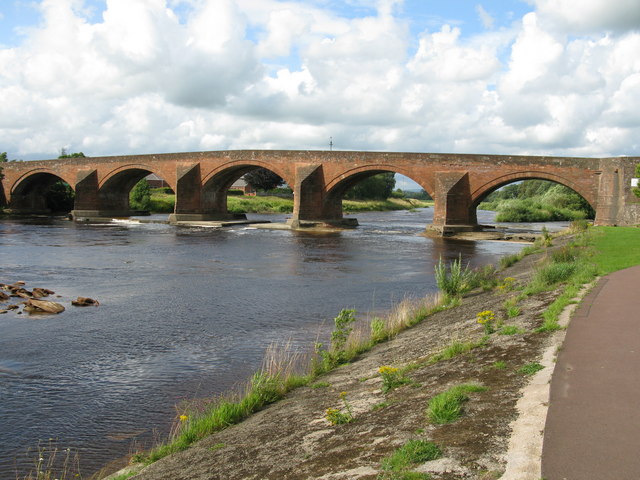 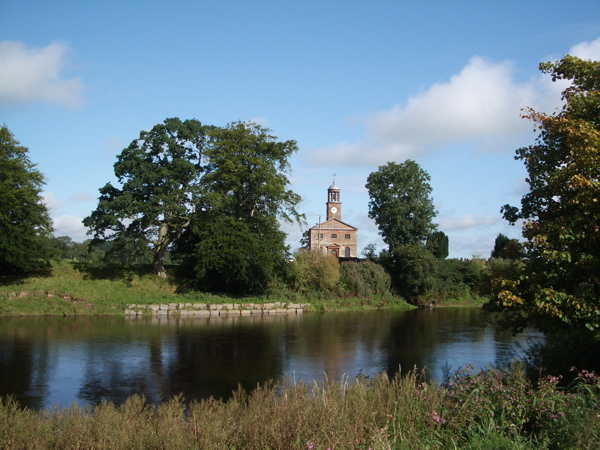 Kirkandrews Church, from the south side of the Border Esk 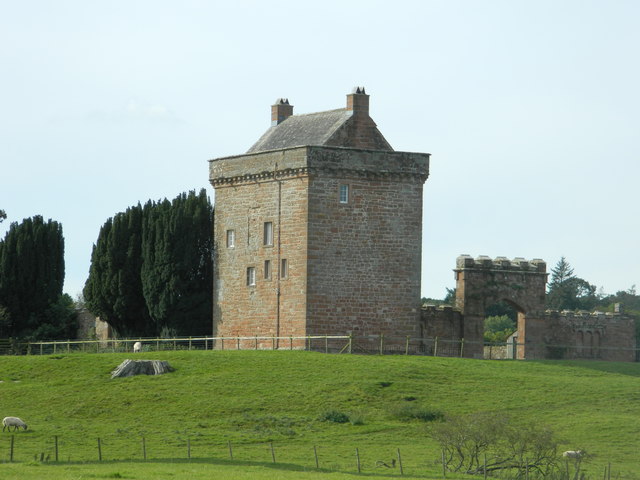 Longtown
- Overview About Longtown Map Street View Longtown is a town in Cumbria, located close to the border with Scotland, about 8 miles north of the centre of Carlisle and 10 ... 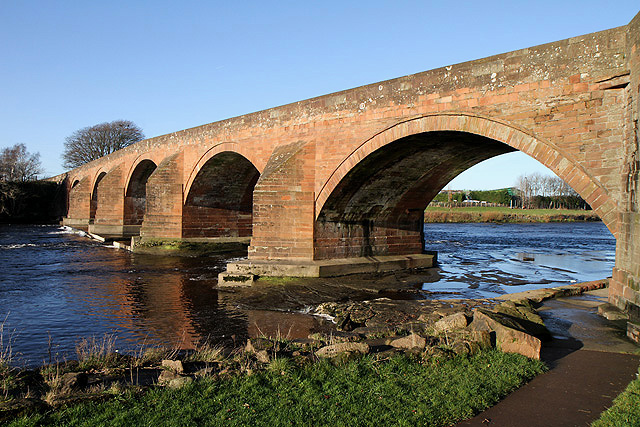 Kirkandrews Church, from the south side of the Border Esk

Longtown
- Overview About Longtown Map Street View Longtown is a town in Cumbria, located close to the border with Scotland, about 8 miles north of the centre of Carlisle and 10 ...