Little Dene, or Blackies Valley, Newcastle upon Tyne, being filled in about 1962 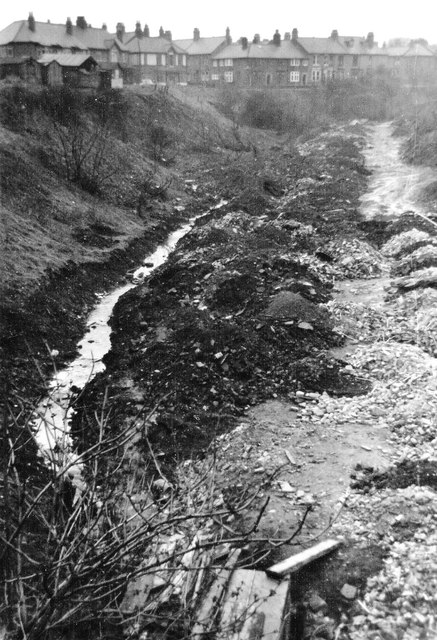