Morwick (sometmes spelt Morrick) is a hamlet which is located by the River Coquet, about 1 mile south-west of Warkworth in Northumberland. There is a dairy farm with an icecream shop. Morwick Hall is located to the north of the farm. There is a Second World War pillbox near the farm.

MORRICK, a township, in the parish of Warkworth, union of Alnwick, E. division of Coquetdale ward, N. division of Northumberland, 9 miles (S.E. by S.) from Alnwick; containing 79 inhabitants. This place was the head of the barony of Morwick, held by Hugh de Morwick in the reign of Edward I.; his ancestors were of considerable note, and distinguished for their wealth and power. The township stands on the south bank of the Coquet, and possesses a mansionhouse, the grounds around which are laid out with much taste; the general effect being heightened by the banks of the river, which are beautifully picturesque. Rentcharges amounting to £113. 11. have been awarded as commutations for the tithes; £28. 8. are payable to the vicar, and £85. 3. to the Bishop of Carlisle. 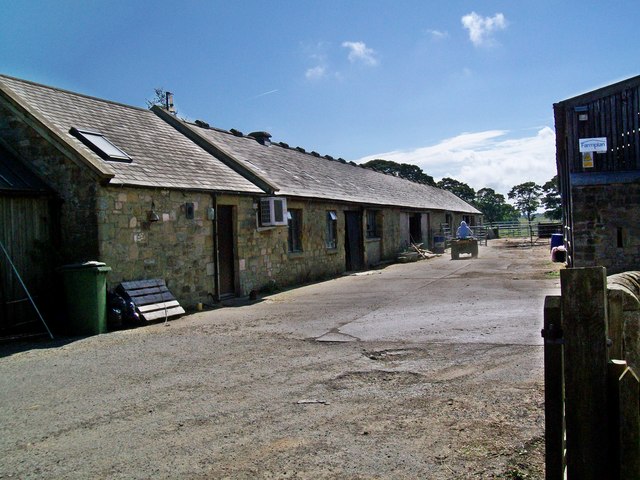 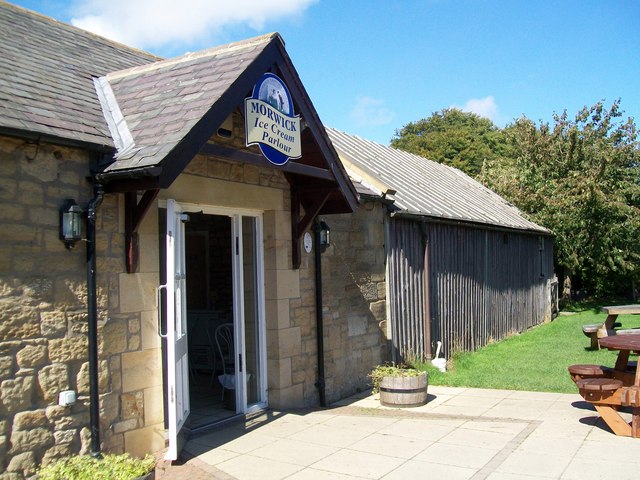 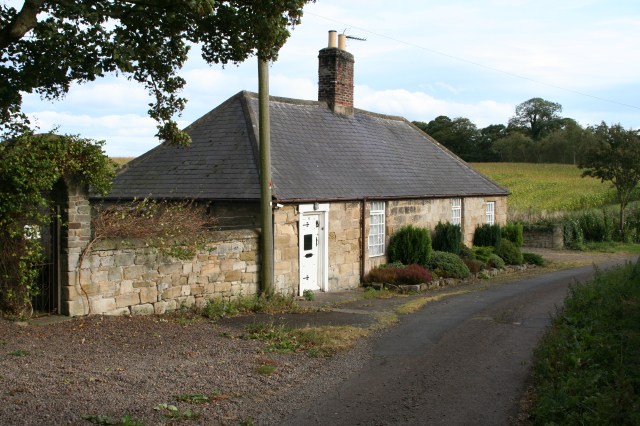 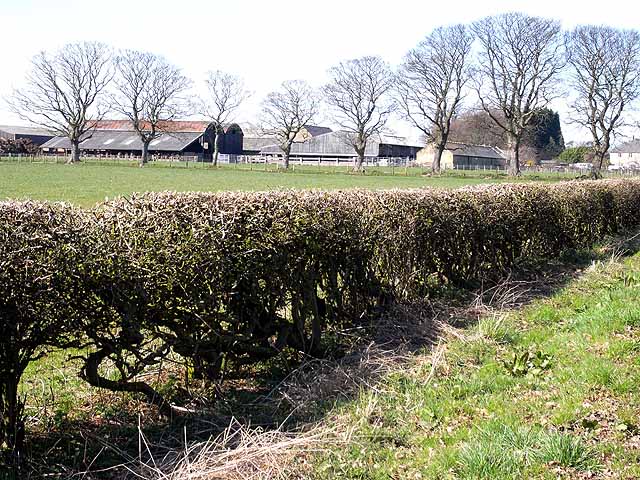 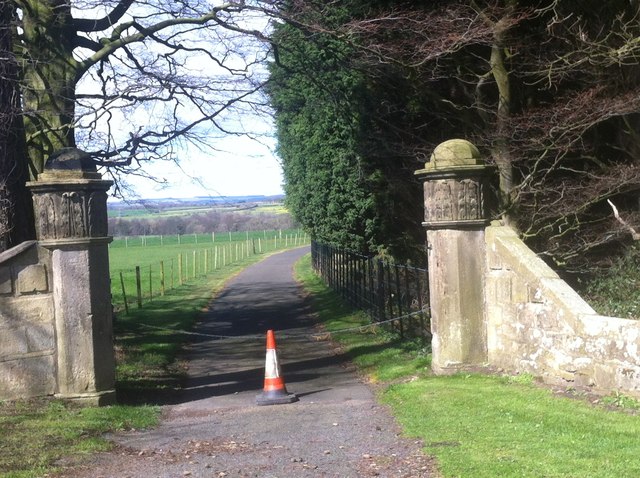 Entrance to the drive to Morwick Hall

Entrance to the drive to Morwick Hall