Just north-west of Skinburness, by the crest of Grune Point, are the buried remains of a Roman milefortlet and the buried remains of an earlier Roman camp. The site was discovered in the late 1940s when aerial photographs revealed the crop marks of the milefortlet's rampart and ditch. Several fragments of Roman pottery were found here in 1954.[1] The site is a Scheduled Monument.

Milefortlet 9 (Skinburness) was a Milefortlet of the Roman Cumbrian Coast defences. These milefortlets and intervening stone watchtowers extended from the western end of Hadrian's Wall, along the Cumbrian coast and were linked by a wooden palisade. They were contemporary with defensive structures on Hadrian's Wall. There is little to see on the ground but Milefortlet 9 has been located on aerial photographs.

Milefortlet 9 is situated in a field northeast of the village of Skinburness, in the civil parish of Silloth. The outline of the milefortlet was seen on aerial photographs in 1949. These show that the fortlet has external dimensions of approximately 65 metres by 61 metres with traces of a possible outer ditch. Various pits, ditches and maculae are visible close to this fortlet as cropmarks on air photographs, but it is not clear if any relate to it. A portion of an inscribed Roman altar, dedicated to the Matres was found in the summer of 1866 lying on the seashore close to this site, and is now in the British Museum.

Each milefortlet had two associated towers, similar in construction to the turrets built along Hadrian's Wall. These towers were positioned approximately one-third and two-thirds of a Roman mile to the west of the Milefortlet, and would probably have been manned by part of the nearest Milefortlet's garrison. The towers associated with Milefortlet 9 are known as Tower 9A (grid reference NY12605583) and Tower 9B (grid reference NY12255552). The locations of both towers are uncertain, and their positions have been estimated by measurement to adjoining Roman frontier works. Both sites have been built over.

Text from Wikipedia, available under the Creative Commons Attribution-ShareAlike License (accessed: 27/02/2019).
Visit the page: Milefortlet 9 for references and further details. You can contribute to this article on Wikipedia.
Skinburness Historic Buildings and Monuments in Silloth-on-Solway Roman Period (43 to 409 AD) 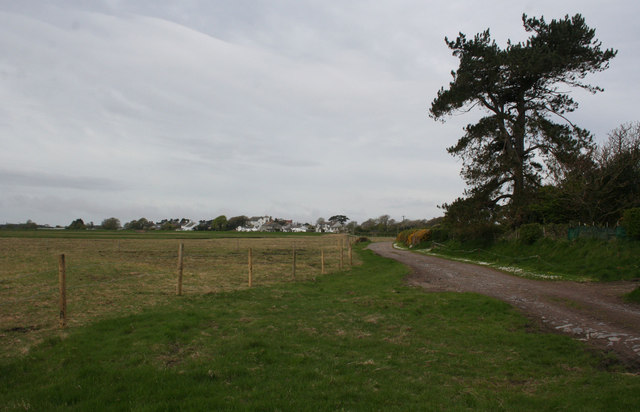 Historic Buildings and Monuments in Silloth-on-Solway