Kirkby Stephen East railway station on the South Durham & Lancashire Union Railway ('Stainmore Line') opened on the 8th of August 1861. The station closed fo passengers on the 22nd of January 1962 and closed to freight in 1964. The station is now the base of the Stainmore Railway Company - a railway presevation society.

Kirkby Stephen East railway station [KSE] was situated on the South Durham & Lancashire Union Railway between Barnard Castle and Tebay. It served the town of Kirkby Stephen in England and was a junction station for the Eden Valley Railway. The station opened to passenger traffic on 8 August 1861 and closed on 22 January 1962.

The station re-opened to traffic as the base of the Stainmore Railway Company in August 2011. The new layout of the station consists of two platforms, one of which is partly covered by the remaining train shed roof, and a bay platform between them, situated in the opposite direction to the original station layout.

Despite its rural location, this was a busy station in its heyday. Starting in 1932, the two expresses to Blackpool - one from Newcastle and the other from Darlington - both stopped at KSE for about five minutes, before setting off towards Blackpool. The return trip also passed through later in the day. Also, the station paid service to the Durham Miners special between 1932 - 1936.

The station closed to passengers in 1962, and was eventually repurposed as a bobbin mill. The bobbin factory subsequently closed in 1992, after the company had fallen into receivership. On the other side of the road bridge, the remaining yard space and goods shed was converted into a caravan park and campsite. The goods shed is still standing to this day.

In 1996, a company called Stainmore Properties Ltd. was formed, with the intention to convert KSE into a heritage centre representing the early 1950s. Stainmore Properties Ltd. purchased the derelict remains of the station and 6.5 acres of surrounding land. In the year 2000, another company, Stainmore Railway Company, was formed to help with the restoration of the site. Since then, essential repairs have been made to the roof and station, a number of rooms have been restored and a short section of track has been laid along the formation of the old Eden Valley Line, with some sidings and yard infrastructure within the station area and surroundings.

August 2011 marked the 150th anniversary of the railway. To commemorate this occasion a series of events were held during 2011, leading up to 'Stainmore 150', a large gala, where Steve Davis, the then-head of the National Railway Museum, drove the first fare-paying passenger train from the station in over 50 years, hauled by ex. Kirkby Stephen locomotive BR Standard Class 2 2-6-0 no. 78019. In 2013 the Stainmore Railway Company began its first operating season, running Peckett and Sons 0-4-0 'F C Tingey' on selected weekends. In 2014 this was joined by Yorkshire Engine Company 'Stanton 50' which operates diesel hauled trains on some weekends when there is no steam service.

In June 2017 it was announced that a joint Heritage Lottery Fund bid between the Stainmore Railway Company and the Locomotive Conservation and Learning Trust, to restore both LNER J21 65033 and an ex. North Eastern Railway stores van, no. 5523, as an interpretation vehicle to travel with the locomotive, had been successful. As part of the joint bid, it was agreed that, once restoration is completed, the locomotive will be based at Kirkby Stephen East and become the project's flagship locomotive. As a result of this, work is currently underway to create a vastly more flexible track layout within the station yard, as well as building a new restoration shed and authentic locomotive watering facilities. Part of the new work means that a short stretch of the former South Durham & Lancashire Union Railway formation across Bridge 149 has been re-instated. 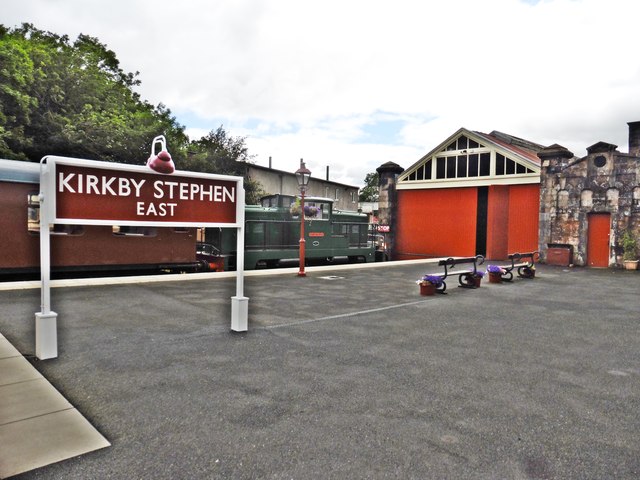 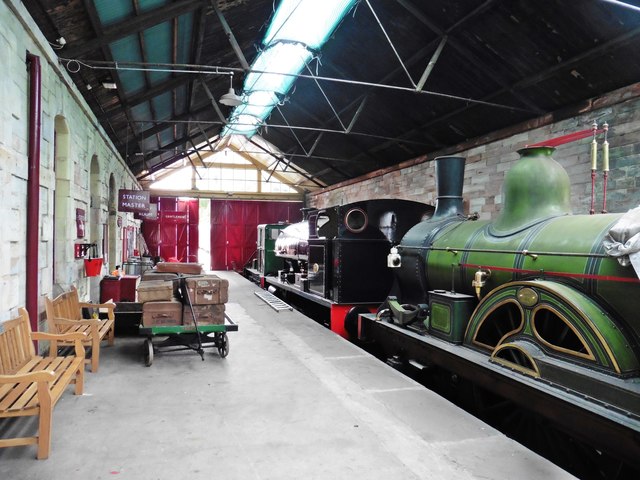 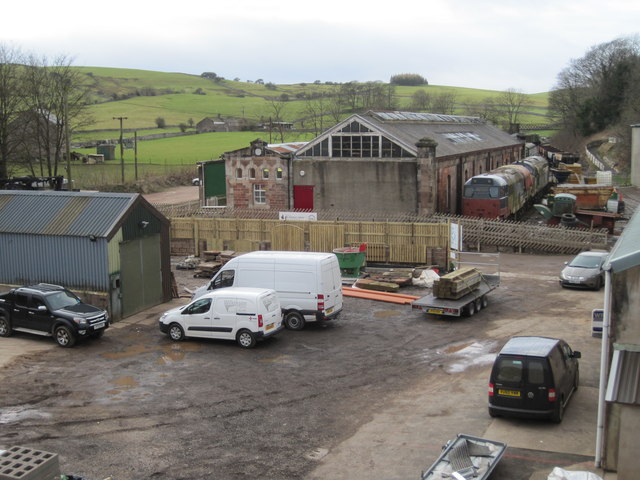 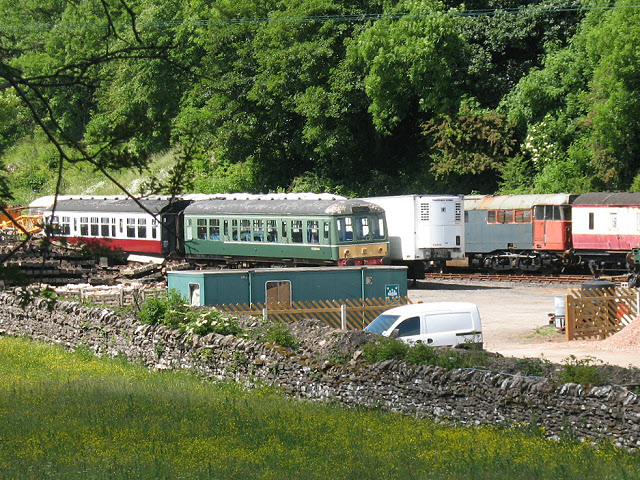 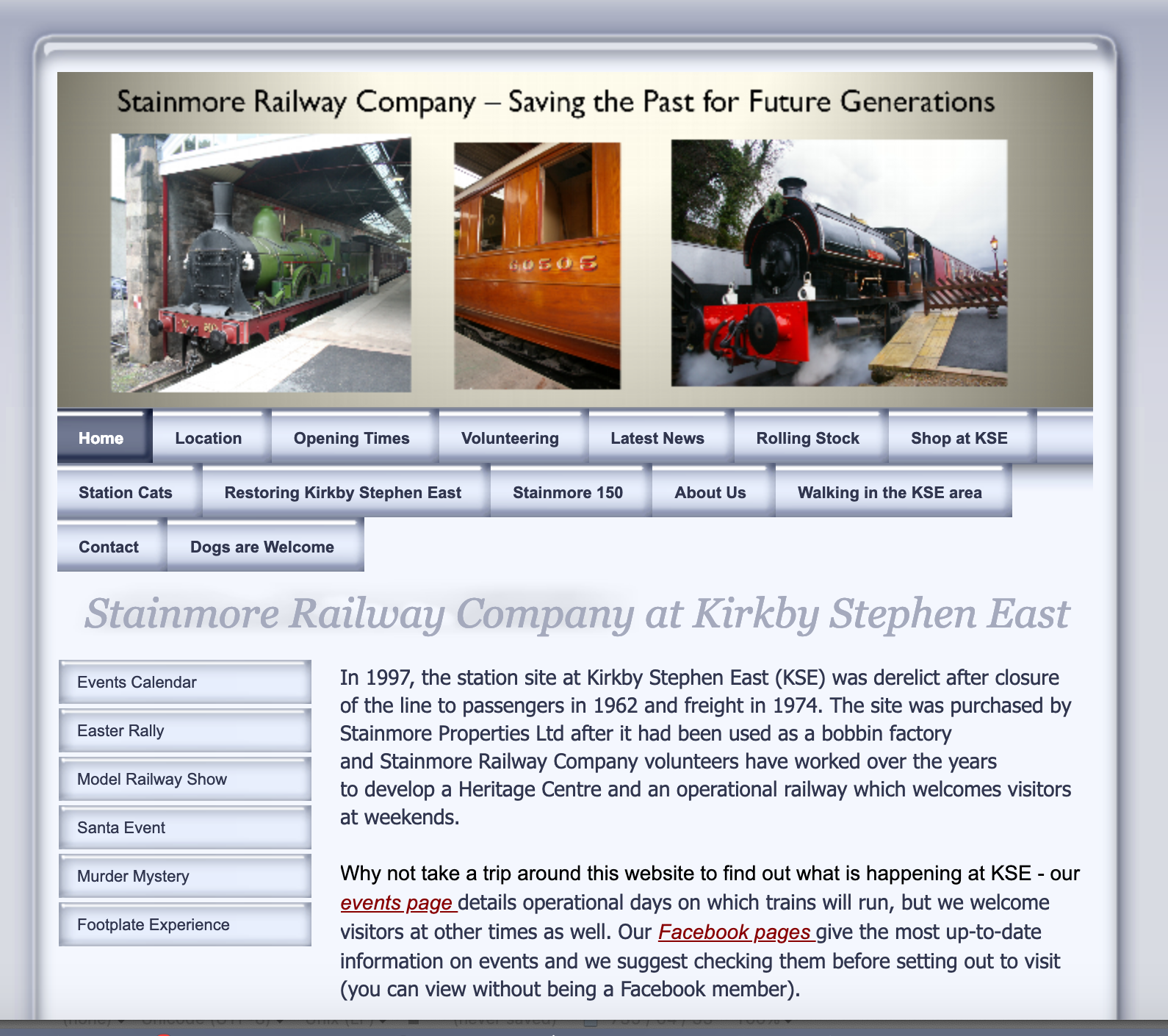 Stainmore Railway Company
- "In 1997, the station site at Kirkby Stephen East (KSE) was derelict after closure of the line to passengers in 1962 and freight in 1974. The site was purchased by ... 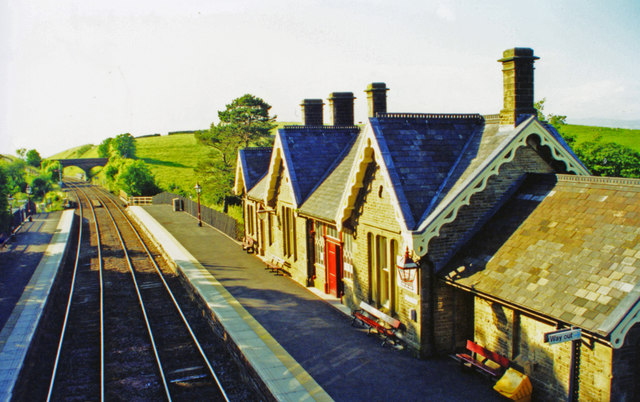 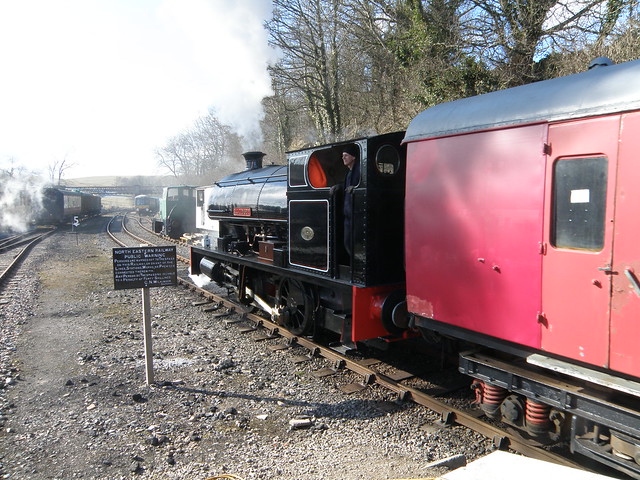 Drawing Out of the Station

Stainmore Railway Company
- "In 1997, the station site at Kirkby Stephen East (KSE) was derelict after closure of the line to passengers in 1962 and freight in 1974. The site was purchased by ...

Drawing Out of the Station