Kingston Park Metro station serves the Kingston Park suburb of Newcastle upon Tyne, England and a retail park some north of the city centre.

The suburb was largely built in the late 1970s and early 1980s, and its Metro station was not part of the original system, because the area did not have the required population density when the Tyne & Wear Metro was first planned. The station opened in 1985, more than four years after Metro had commenced services on the route passing through Kingston Park.

The adjacent retail park includes a Tesco Extra store, formerly the largest supermarket in Britain. The station signage formerly featured prominent Tesco-sponsored branding, however this has since been removed.

The station is located where the Metro route crosses Brunton Lane on an automatic open level crossing, the station platforms are located on opposite sides of the road and have no direct link. One needs to walk over the crossing and across a small section of street to reach the other platform.

On 22 March 1983 a Metro train collided with a Tyne and Wear Transport bus on the automatic level crossing where the station is now situated. It caused severe damage to the bus and injury to its driver whilst derailing the leading coach of the 4 car train. The vehicles involved were Tyne & Wear Metro units no. 4083 and 4074 and Tyne & Wear PTE Leyland Atlantean 120 (EJR120W). The accident predated the construction of the Metro station in 1985. 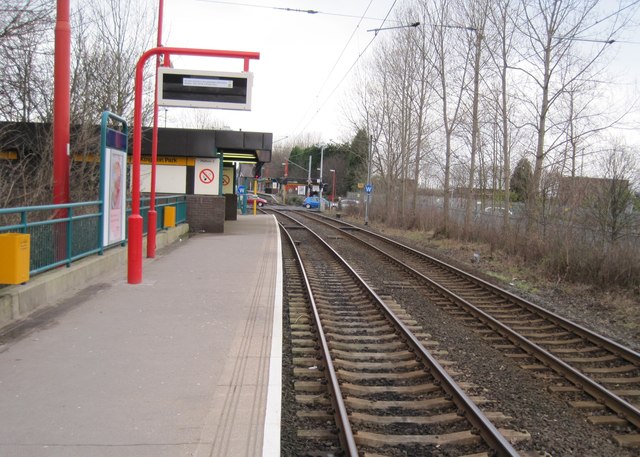 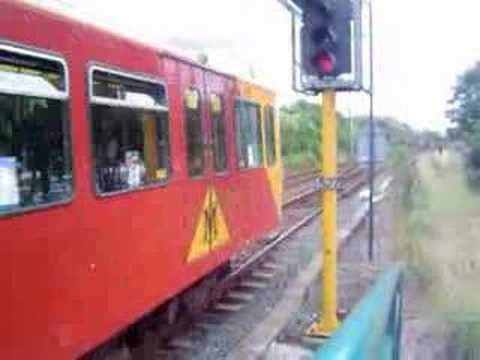