INGRAM (St. Michael), a parish, in the union of Glendale, N. division of Coquetdale ward and of Northumberland, 5 miles (N.W.) from Whittingham; containing, with the two townships of Fawdon with Clinch and Hartside, and Reaveley, 220 inhabitants, of whom 92 are in the township of Ingram with Linop and Greenshaw-Hill. This parish comprises about 12,000 acres, of which 1,100 are arable, 45 woodland and plantations, and the remainder meadow and pasture, of which about 50 acres have been converted into beds of gravel by the ravages of the floods. The surface is mountainous, and the soil extremely various. To the north of Linop is a remarkable waterfall called Linop Spout, or Roughting Linn, formed by the descent of a stream in the Cheviot hills from a rocky precipice 48 feet in perpendicular height. The village is situated on the river Breamish, which intersects the parish, and, assuming the name of the Till about four miles to the east, forms a tributary to the Tweed. The hamlet of Greenshaw-Hill lies a little to the east of Hartside, near the road between Wooler and Morpeth. The living is a rectory, valued in the king's books at £24. 16 8.; net income, £462; patron, R. L. Allgood, Esq.: the glebe consists of 42 acres. The tithes of Ingram township have been commuted for £140. The church is an ancient structure of early English architecture; but from frequent alterations and repairs, conducted without the slightest regard to harmony of style, very few traces of its original character remain. At Greenshaw-Hill opposite to Linop, are still considerable remains of a British city, notwithstanding the removal of many thousand cart-loads of stones, for the construction of fences; and at each side of the entrance of the valley leading to the city is a British camp in a very perfect state About three miles to the north-west of Linop are the Cardlaw cairns, sepulchral monuments of the earliest inhabitants of the island. From the traces of foundations of buildings in various parts, and from the indications of early cultivation on the sides of the hills, there is every reason to infer that the parish was formerly much more populous than it is at present. 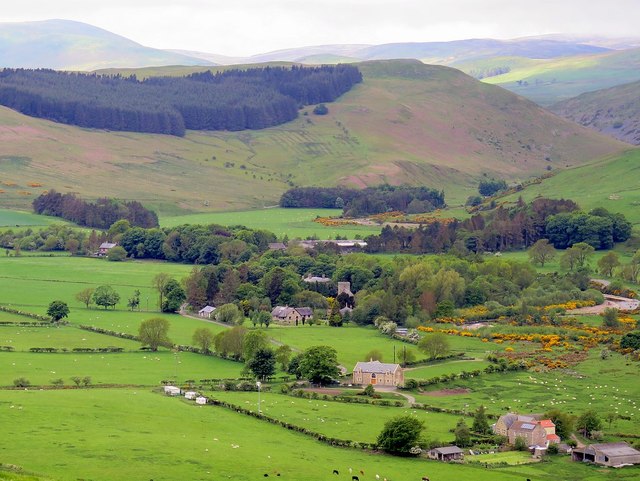 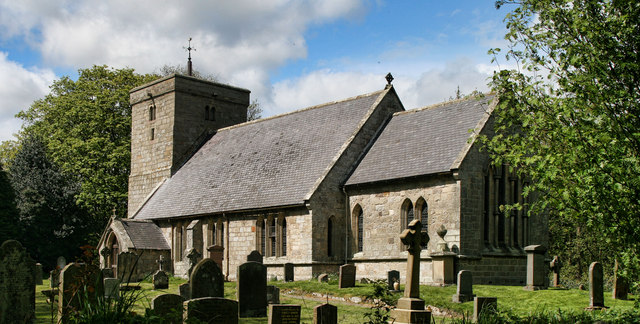