Holme Eden Abbey is located by the River Eden at Warwick Bridge in Cumbria. It was originally built 1833-1837 by John Dobson as a coutry house for Peter Dixon, who owned the cotton works at Warwick Bridge and opened a large factory in Carlisle in 1836. In c.1875 the house was sold to William Watson and later purchased by Mr Liddell of Warwick Hall, who gave the house to the nuns of the Order of St Benedict in 1921.[1] Holme Eden Abbey is Grade II* listed on the National Heritage List for England. 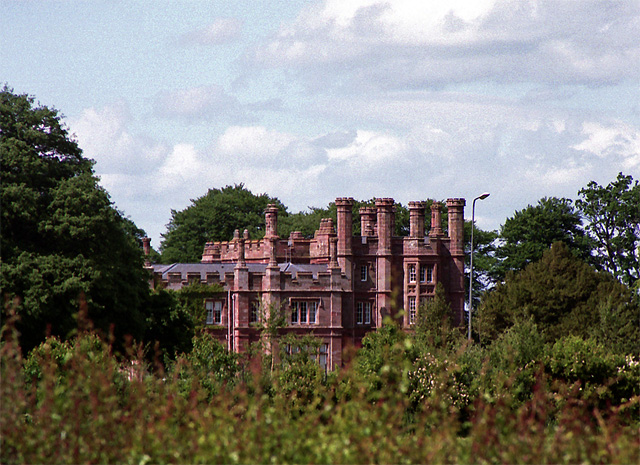