St Mary's Island Before the Lighthouse


This was written before St Mary's Lighthouse was built in 1896-8.

Extract from: John Robinson's 1894 book: Illustrated Handbook to the Rivers Tyne, Blyth,& Wansbeck; Also a Guide to Tynmouth, Cullercoats, Whitley, Monkseaton, St. Mary's Isle, Hartley, Seaton Delaval, Blyth, Newbiggin, with the Legends and Traditions of the Coast; and A Glance Guide to Newcastle. 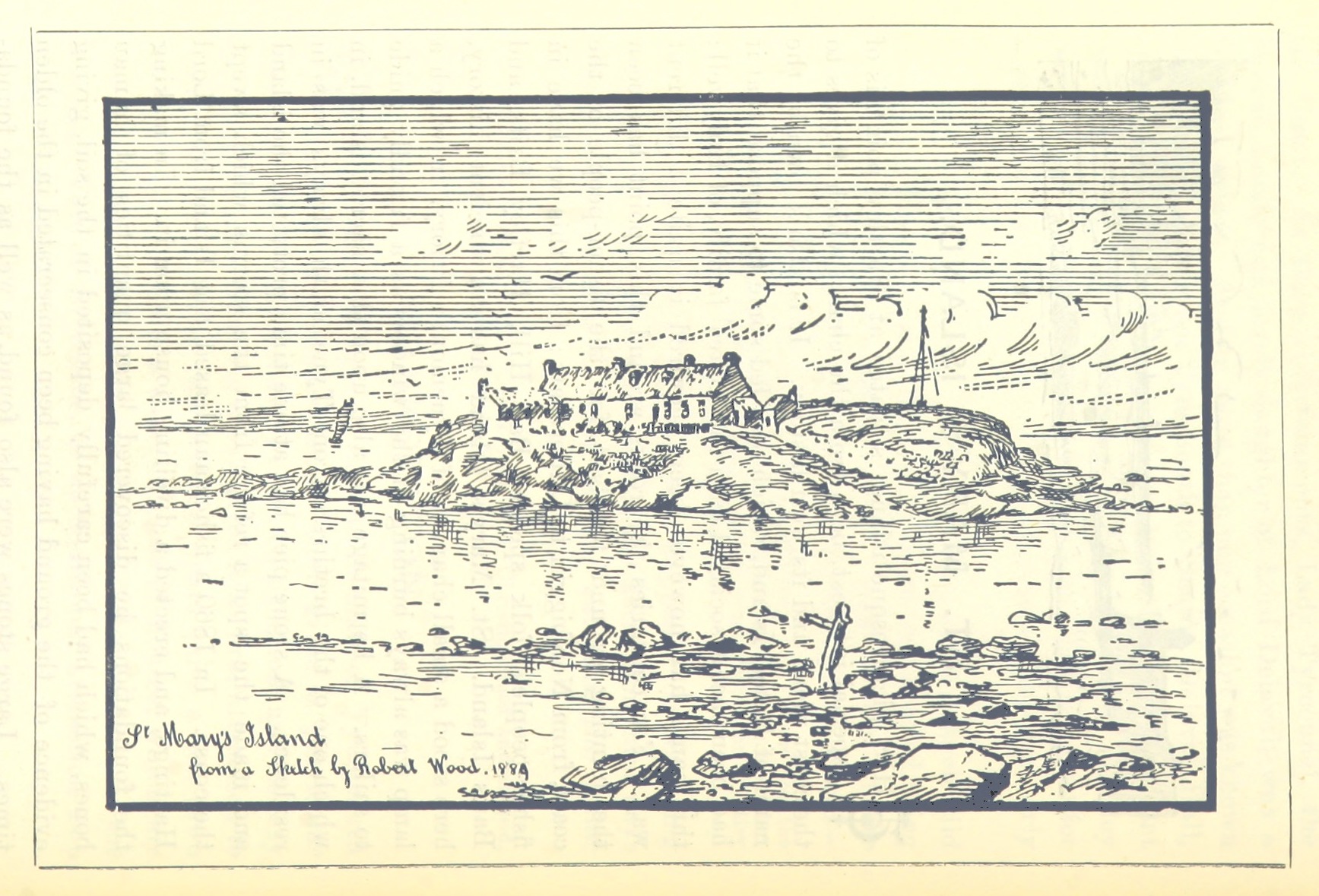 THIS picturesque island, situated at Hartley point, is of special interest, both from the charm which it gives to the coast view, and its own history. It is also known by the name of Bates' Island, which has led some to suppose that it had been once associated with the Bates' family, of Holywell; this name has however been acquired in quite a different way. For centuries the rocks around this point has been the hunting ground for bait for the fisher-people of the coast, from Newbiggin to Cullercoats; from this we have in fisher-people's folk speech, Bait Hill, Hartley Baits, and Baits Island. St. Mary's Island has an ancient history, here stood a small chantry of Tynemouth Priory, in which a lamp was always burning in the window as a friendly guide to sailors. A hermitage was also upon this sacred island, in which one of the brethren from Tynemouth always was in residence. A stone pier had at one time protected the island and made the spot a refuge from the storms which swept the coast. In 1860 a fisherman leased the Island from Lord Hastings, and erected a dwelling house upon it. In making the foundations he discovered large quantities of human bones, which had been carefully deposited in the soil, giving evidence of the ground having been consecrated in the olden times. Large stones were also found, as well as the foundations of some ancient building. The Island is the favourite resort of visitors to the coast, where refreshment can be procured, and a delightful view of the coast seen from its banks.

This charming little bay besides being the ancient fishing harbour for the Hartley fisheries, which are mentioned in the oldest records of the Delaval family, is also noted for its remarkable medicinal Spring or Holy Well, which bubbles out at the feet of the high towering cliffs. There is also an old legend associated with this Spring or Holy Well ; the name has become corrupted into Collie Well, and the bay known as Collie Well Sands. It was believed in the olden times that any maiden who went and looked into this well on St. Agnes' Eve at midnight would behold her future husband. When she knelt beside the well with her hands folded behind her, she would chant the charm–

"Agnes sweet, and Agnes fair,
Hither, hither, now repair;
Bonny Agnes let me see
The lad who's to marry me."

If the maiden complied with all the conditions, she would be rewarded with a sight of her future husband's face being reflected in the water.