BELLISTER, a township, in the parish and union of Haltwhistle, W. division of Tindale ward, S. division of Northumberland, 16 miles (W. by S.) from Hexham; containing 116 inhabitants. The manor has, in common with other possessions in the neighbourhood, been the property of various families of consideration, and its history commences at an early period, it being conjectured that the family of Roos, of Hamlake, obtained it in marriage with Isabella, daughter of William the Lion, King of Scotland. Here are the ruins of a castle which once belonged to the Blenkinsopps, consisting of a grey pile of towers, with modern additions made in good taste by the present owner; rich, flat, alluvial ground surrounds the building on every side, and on the east and south its demesne lands are walled in with woody banks formed by the South Tyne river. The township includes the hamlet of Park, and comprises 988 acres, of which 211 are common or waste. There is a place of worship for Wesleyans. 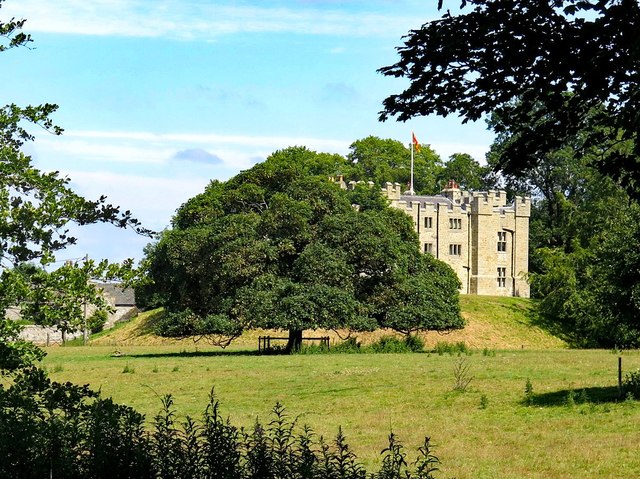 Bellister Castle
- Overview Map Street View Bellister Castle is a ruined tower house dating from the 13th century with an attached occupied house which is dated 1669.[1] It is located about half ...

Bellister Castle
- Overview Map Street View Bellister Castle is a ruined tower house dating from the 13th century with an attached occupied house which is dated 1669.[1] It is located about half ...