ELTON, a parish, in the union of Stockton, S. W. division of Stockton ward, S. division of the county of Durham, 3 miles (W.S.W.) from Stockton; containing 92 inhabitants. This parish, which derives its name from Eld, old, and the adjunct town, comprises by measurement 1,300 acres; and is situated on rising ground, facing the south, and presenting fine views of the Cleveland hills: stone is quarried for the roads. The living is a discharged rectory, valued in the king's books at £7. 1. 5½., and in the gift of the Rev. Albany Wade, and T. Jefferson Hogg, Esq., the former having two turns, and the latter one: the tithes have been commuted for £170, and the glebe comprises 70 acres. The church, rebuilt in 1841, in the later English style, by the Rev. Albany Wade, at a cost of £500, has a fine Anglo-Norman arch, preserved from the old edifice, separating the nave from the chancel, in which latter is an effigy of Sir William Gower, a crusader. 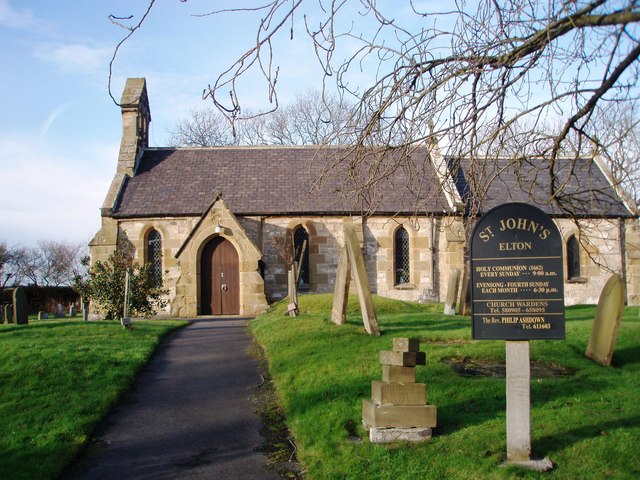