The Elephant Tea Rooms is a Grade II listed building in Sunderland, Tyne and Wear, England. The building was constructed from 1872 to 1877 by Henry Hopper to a design by architect Frank Caws for Ronald Grimshaw, a local tea merchant, in a blend of the high Victorian Hindu Gothic and Venetian Gothic styles. This was a selling point, as the exotic style and name advertised the exotic origins of the tea sold there.

The exterior is polychrome and was constructed from brick, terracotta and faience. The ground floor has a full-width tiled fascia continuing along to the neighbouring building; this 20th-century alteration may conceal earlier detail. The arcaded first floor has sash windows with sloping sills in the Gothic faience arcade, clasping rings and crocket capitals to the nookshafts, alternate block jambs, raised pointed arches and roll-moulded dripstring. The ogee window heads have fleur-de-lys finials in front of lozenge-patterned terracotta spandrels. The eaves cornice has a corbelled trefoil frieze.

The attic windows have faience surrounds, similar to the first floor arcade, two trefoil-headed transom lights over mullioned lights, each window is in a high gable with round-headed niches in a banded faience decoration and moulded coping. Between the gables there are bracketed corniced shelves carrying faience elephants under bracketed gables with trefoil bargeboards with a crocket decoration and elaborate finials.

The round oriel corner turret has nookshafts like the other first floor arcades but with arcaded central lights and blind arches, below a band of linked, splayed shafts and large eaves gargoyles. Above are further gablets are at the foot of the banded round turret with bracketed, eaves and a Buddhist-style conical faience roof with a series of ringed ribs. Smaller high cones on patterned drums are behind the crow-stepped gable foot at the end of each front.

The steeply-pitched roof is of slate, has ridges from each gable with terracotta crestings, faeience gable copings and tall, faience coping (behind the elephant gablets) and brick chimneys.

Text from Wikipedia, available under the Creative Commons Attribution-ShareAlike License (accessed: 13/01/2019).
Visit the page: Elephant Tea Rooms for references and further details. You can contribute to this article on Wikipedia.
High Street West Historic Buildings and Monuments in Sunderland 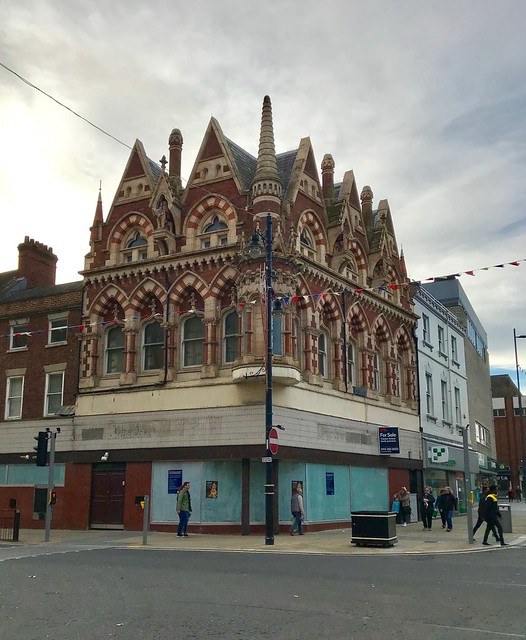 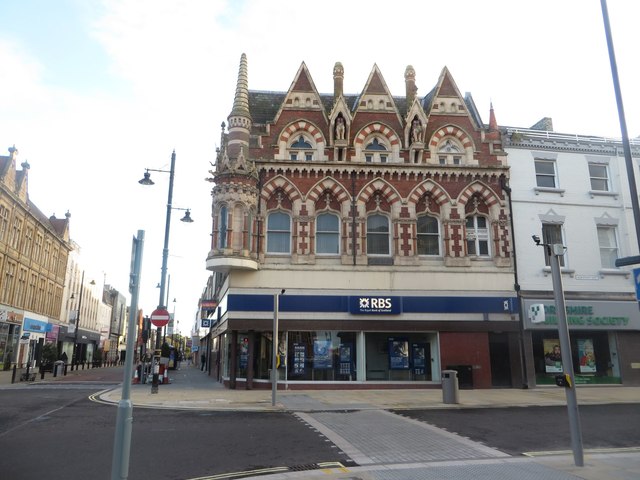 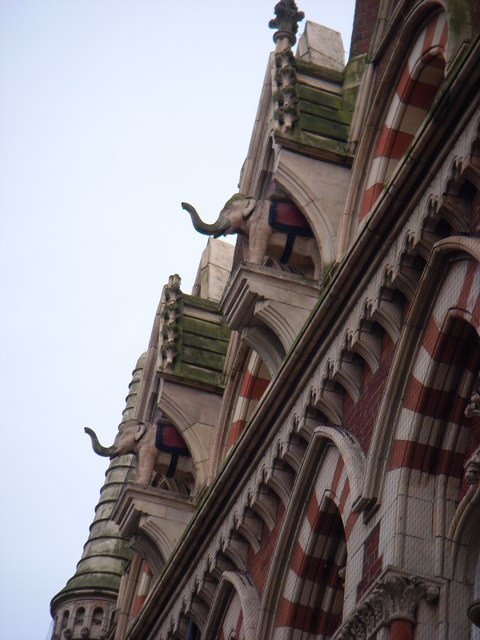 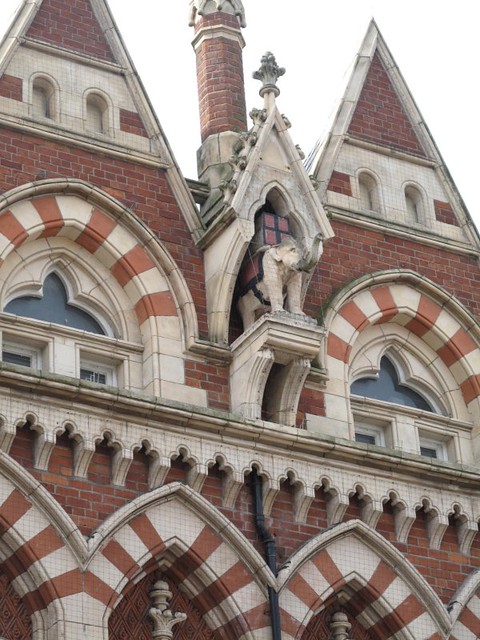 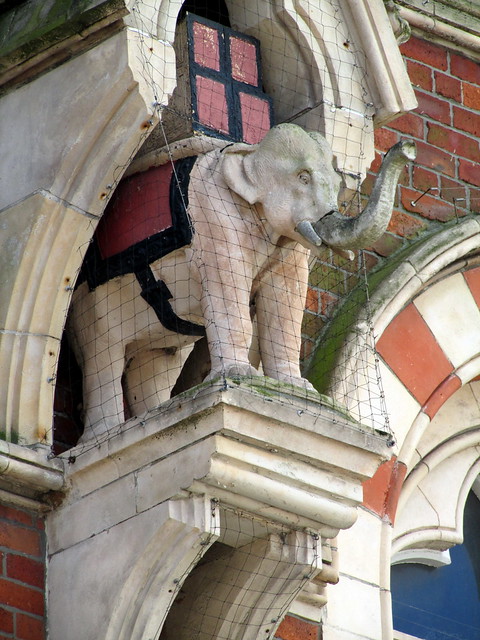 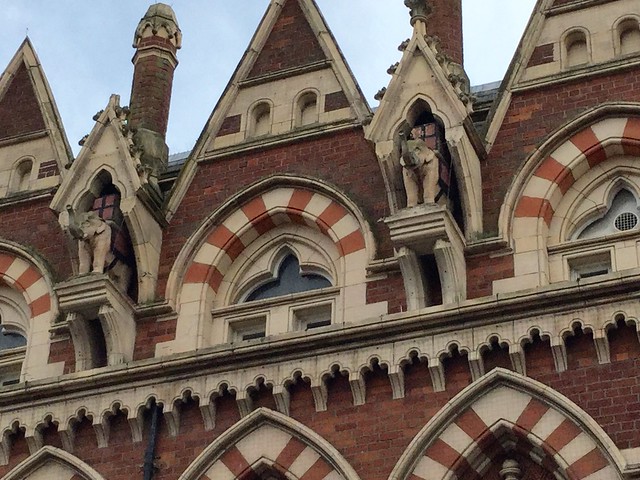 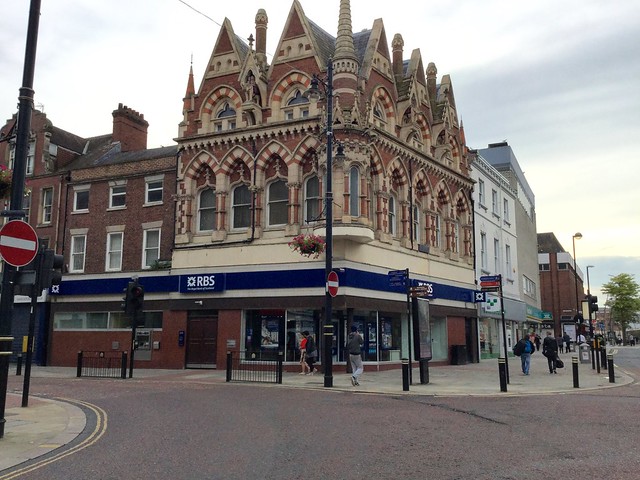