St Thomas' Church in Milnthorpe, Cumbria, was built in 1835–1837, designed by George Webster.

St Thomas' Church is in the village of Milnthorpe, Cumbria, England. It is an active Anglican parish church in the deanery of Kendal, the archdeaconry of Westmorland and Furness, and the diocese of Carlisle.

The church was built in 1835–37 to a design by the Kendal architect George Webster, providing accommodation for a congregation of 600. The chancel was added in 1883 by Joseph Bintley. In 1912 the Lancaster architects Austin and Paley carried out alterations at the west end of the church. The west gallery was removed in 1982 and the church was sub-divided by a wall.

St Thomas' is constructed in limestone with sandstone dressings. The church has a nave, a chancel, and a west tower. The nave contains paired lancet windows and has thin buttresses. The chancel is in Early English style. Many of the windows contain stained glass; these include two by F. Barrow of Milnthorpe dated 1872 and 1885, two by A. Burrow dated 1886 and 1890, and others by Heaton, Butler and Bayne (1879), Shrigley and Hunt (1898), and Abbott and Company (1928). There is a ring of six bells, cast in 1912 by John Taylor & Co of Loughborough.

Text from Wikipedia, available under the Creative Commons Attribution-ShareAlike License (accessed: 21/09/2018).
Visit the page: St Thomas' Church, Milnthorpe for references and further details. You can contribute to this article on Wikipedia.
Milnthorpe George Webster (1797 - 1864) Paley and Austin 1837 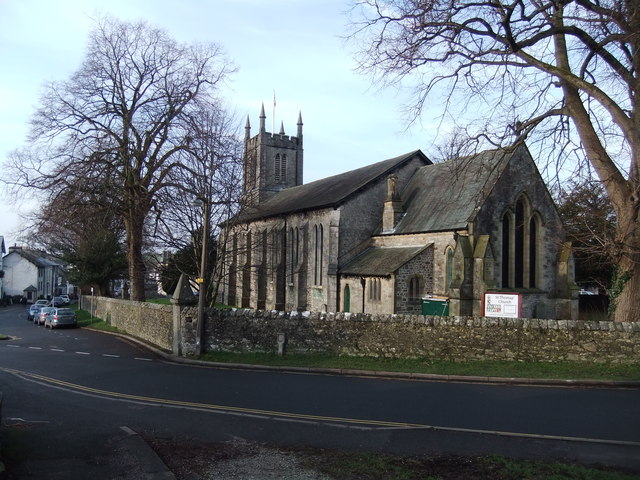 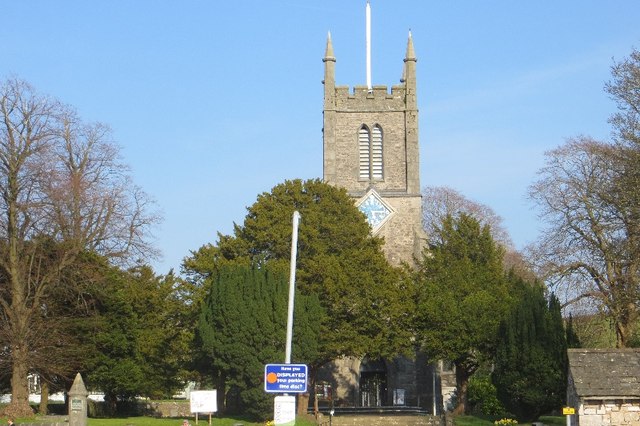 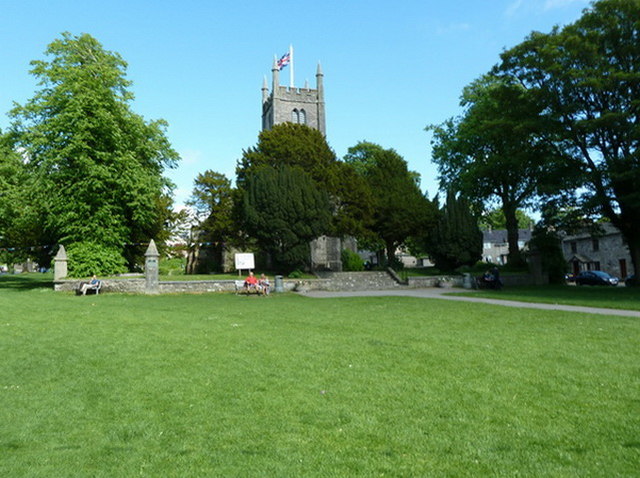 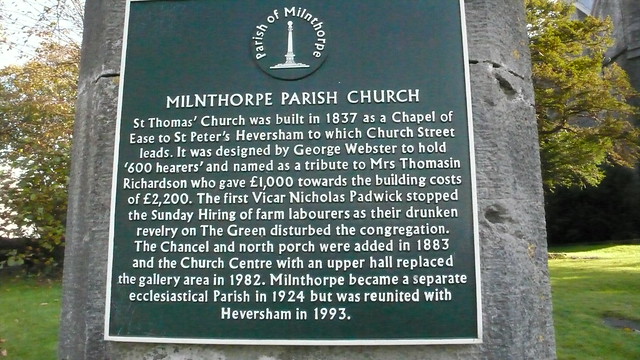 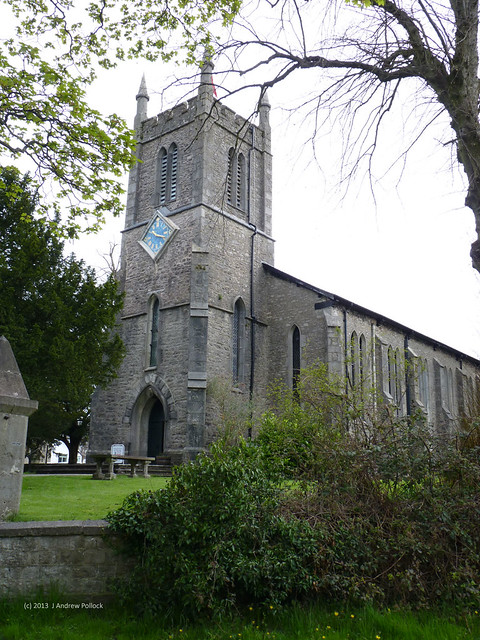 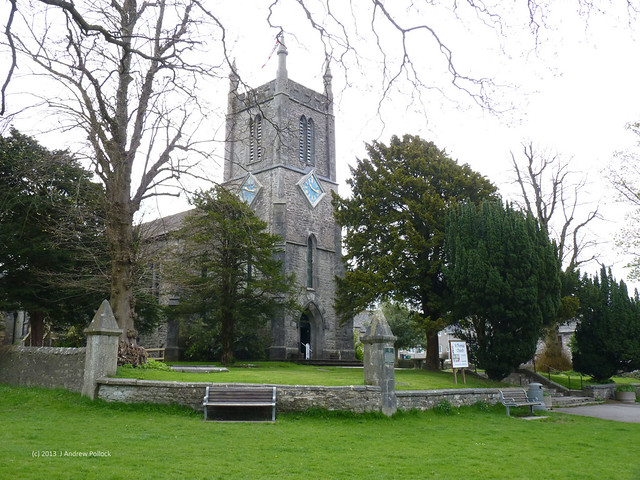