The £21m bus and Metro interchange opened to passengers on the 4th of August 2019. It is located on Keppel Street, about 100 meters from the old Metro Station. The Interchange was developed by a partnership of Nexus, South Tyneside Council, Muse Developments and construction contractor Bowmer and Kirkland. Construction of the interchange began in April 2018, and was Phase Two of the £100m 'South Shields 365 regeneration masterplan'.[1]

South Shields Interchange serves the town centre of South Shields in South Tyneside. The new transport interchange, which opened in August 2019, consists of a station on the Tyne and Wear Metro, a well-served bus station, Nexus Travel Shop, café and bicycle storage.

Located in Keppel Street, the integrated bus and Metro station replaced the original Metro terminus in King Street, and the former bus station in Keppel Street. The station is above ground level, with escalators and lifts to platform level.

This line runs up to every 12 minutes during the day (Monday to Saturday), and up to every 15 minutes in the evenings and on a Sunday.

Current stand allocation for services (as of February 2020) is as follows:

South Shields was the former Metro station for the town, located on a bridge above King Street, the main shopping street in South Shields Town Centre. The Metro station was located about 200 metres down the line from the former South Shields railway station, which it replaced. It included a newsagent, and a sandwich bar (the latter formerly a Nexus Travel Centre) at ground level.

The platforms were reached by either lift or stairs from King Street or Keppel Street Bus Station. There was also ramp access via the Mile End Road concourse (on the site of the original British Rail station).

The original two-platform railway station closed on 1 June 1981, when the line was closed for conversion to Metro standards. The Grade II-listed station building survived for many years, housing a newsagent and a barber (and still retaining a BR corporate-style "Barber" sign), but has since been demolished.

The Metro line continued beyond the station and through the site of the original British Rail station to sidings. This site is currently being developed by Nexus, with the construction of a £8.4 million rail training centre currently in progress.

The station closed permanently on 8 July 2019, the first ever closure of a Tyne and Wear Metro station. Prior to the closure of the station, trains had been terminating at neighbouring Chichester, with replacement buses operating to & from South Shields. The first station is currently being demolished.

Text from Wikipedia, available under the Creative Commons Attribution-ShareAlike License (accessed: 28/03/2020).
Visit the page: South Shields Interchange for references and further details. You can contribute to this article on Wikipedia. 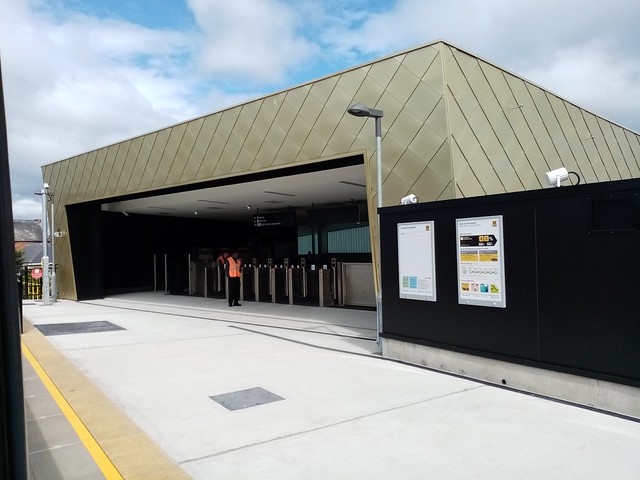 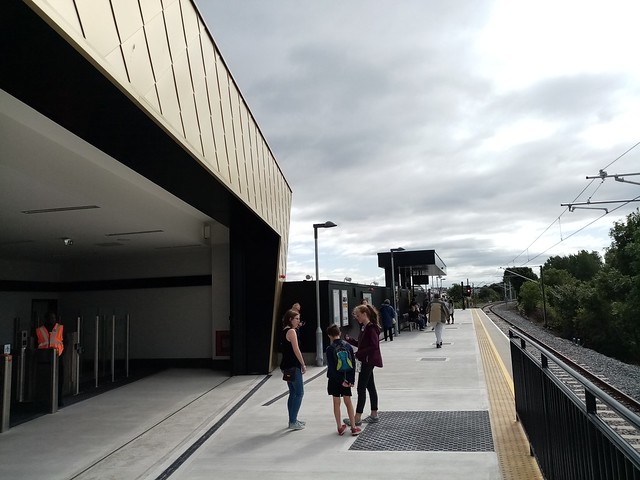 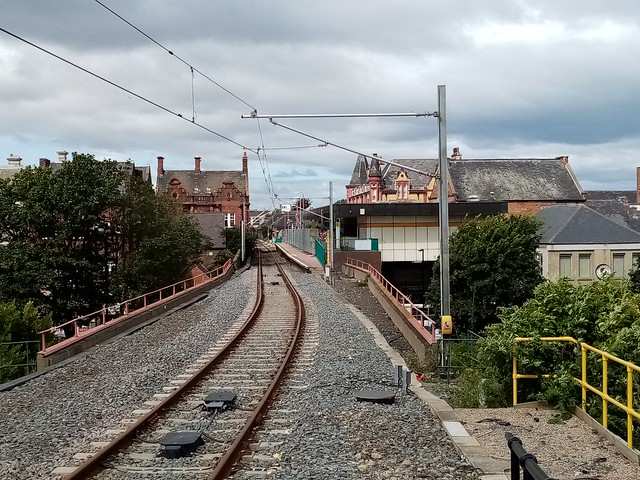 South Shields Metro station closes to make way for new transport interchange
- News: 5 July 2019. "A station on the Tyne and Wear Metro is to be permanently closed for the first time in the network’s 39 year history. South Shields ...

South Shields Metro station closes to make way for new transport interchange
- News: 5 July 2019. "A station on the Tyne and Wear Metro is to be permanently closed for the first time in the network’s 39 year history. South Shields ...