The Centre of Britain Hotel is located on Main street in Haltwhistle. It was previously known as the Red Lion Hotel. The hotel has a three storey frontage; it's slightly projecting eastern bay is a rare example of a 15th/16th century pele tower. Though altered, it is important as a rare example of a pele tower surviving in an urban environment; the hotel is Grade II* listed on the National Heritage List for England.[1] The hotel takes it's name from the argument that Haltwhistle is the geographical centre of Great Britain. 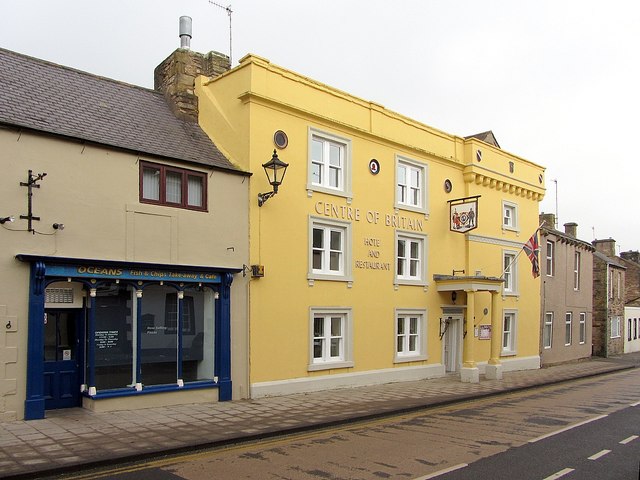 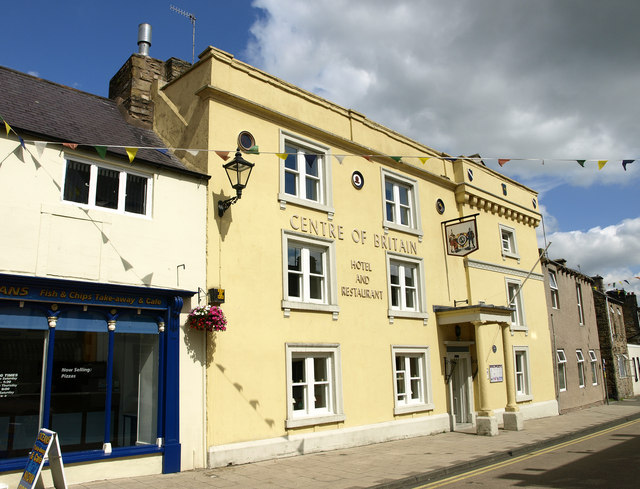 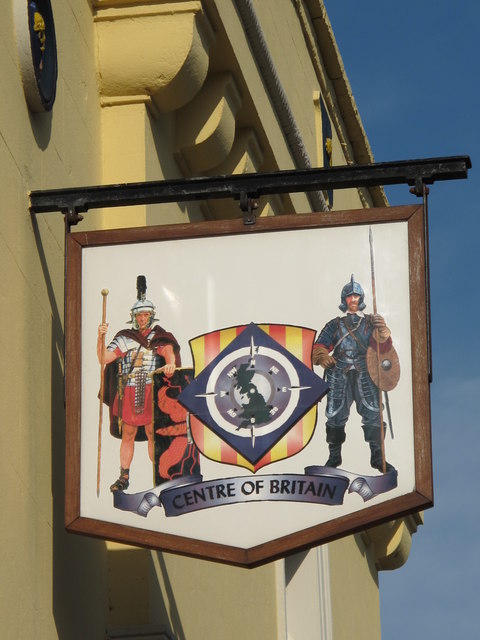 Sign for The Centre of Britain Hotel, Main Street 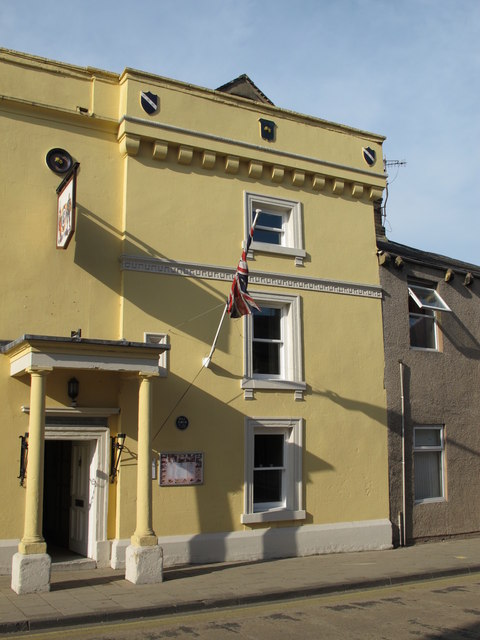 Sign for The Centre of Britain Hotel, Main Street

Haltwhistle, the Centre of Britain