BRIGNALL (St. Mary), a parish, in the union of Teesdale, wapentake of Gilling-West, N. riding of York, 1 mile (S.W. by W.) from Greta-Bridge; containing 190 inhabitants. This place for many years formed one of the numerous manors possessed by the Scrope family, and some remains of an old Hall adjoining the village were removed in the present century. From the Scropes the property came into the hands of Lord Barrymore, and from him descended to the Edens, of Windleston, in the county of Durham; it was purchased by the late John Bacon Sawrey Morritt, Esq., of Rokeby Park, from Sir R. J. Eden, Bart., for £66,000, and thus became an appendage to the beautiful demesne of Rokeby. The parish is bounded on the south and east by the picturesque river Greta, and comprises by computation 2,000 acres, of which nearly three-fourth parts are pasture, one-fourth arable, and 100 acres woodland; the surface is undulated, the soil generally a loamy clay. There are some quarries of fine grey slate. The living is a vicarage, endowed with the rectorial tithes, and valued in the king's books at £8. 2. 6.; it is in the patronage of the Crown: the tithes have been commuted for £271, and there are about 63 acres of glebe. The church was rebuilt in 1834. The remains of a large Roman camp which commanded the ford on the river, are visible at Greta-Bridge; it was surrounded by a triple fosse, and relics of antiquity and Roman coins have frequently been dug up in its precincts. 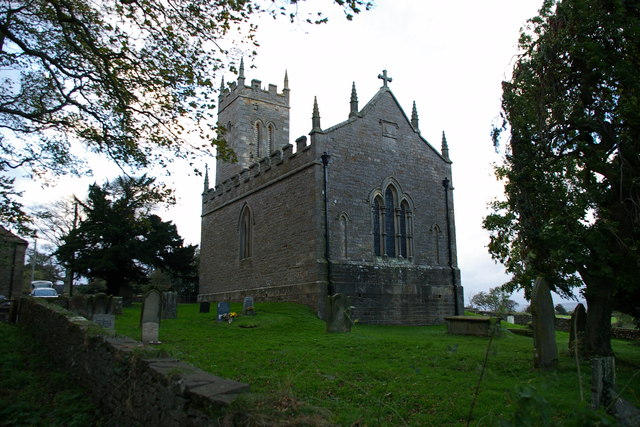 Brignall
- Overview About Brignall Map Street View Brignall is a village in County Durham, located about 3 miles south-east of Barnard Castle and 1 mile south-west of Greta Bridge. The settlement ...

Brignall
- Overview About Brignall Map Street View Brignall is a village in County Durham, located about 3 miles south-east of Barnard Castle and 1 mile south-west of Greta Bridge. The settlement ...