Bremenium was an ancient Roman fort (castra) located at Rochester, Northumberland, England. The fort was one of the defensive structures built along Dere Street, a Roman road running from York to Corbridge and onwards to Melrose. Significantly the fort is a long way north of Hadrian's Wall.

The fort's name, Bremenium, is mentioned in the Ravenna Cosmography, the Antonine Itinerary and Ptolemy’s Geographia.

A separate Roman road ran eastwards from Bremenium to the Roman fort at Learchild, where it joined up with the Devil's Causeway Roman road to Berwick upon Tweed.

The fort is situated in the village of Rochester, five miles (8 km) north-west of Otterburn on the A68 road between Corbridge and Jedburgh.

The fort is north of Risingham (Roman name Habitancum), the previous fort on Dere Street. The name Bremenium means 'The Place of the Roaring Stream'. The site is in a strong position, occupying the end of a ridge with the ground falling away steeply to the north and west, and giving a clear view over the Rede Valley and beyond.

The fort is oblong in shape, and measures north to south and east to west, giving and area of just over . There was a gate in each of the four walls, which were of stone backed by a bank of earth. It appears that an early 1st-century fort with a turf rampart occupied the site, and that it was replaced by a stone fort during the time that Quintus Lollius Urbicus was Governor of Britain. He stayed there on his way north to build the Antonine Wall in 142 AD. The fort remained occupied even after the abandonment of the Antonine Wall in the early 160s.

The fort is unusual, in that it had 3rd-century artillery defences. The walls were thicker than most Roman forts and had stone platforms projecting back from the wall, on which were placed catapult-like machines for hurling missiles. These machines, a smaller version of the ballista, were known as 'onagri', and derived their power from the torsion of a hair rope. From the north walls, these machines could fire missiles at anyone advancing down Dere Street from the north.

The fort is now part of the village green of Rochester, but there are still remains to see. The west wall is the best preserved and consists of a nine-feet-high bank with stone facing. The west gate is complete to the springing of the arch. However much of the stonework has been plundered over the years for local buildings.

Excavations were carried out in 1852 and 1855, but were poorly recorded. A small dig was also carried out in 1935. The excavations established that the interior of the fort was crowded with buildings, many with hypocausts.

Text from Wikipedia, available under the Creative Commons Attribution-ShareAlike License (accessed: 03/12/2020).
Visit the page: Bremenium for references and further details. You can contribute to this article on Wikipedia.
Rochester Historic Buildings and Monuments in Rochester & Byrness Dere Street Roman Period (43 to 409 AD) 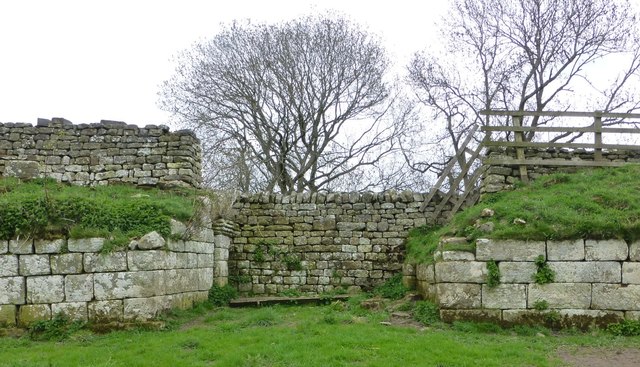 The Western Gateway of Bremenivm 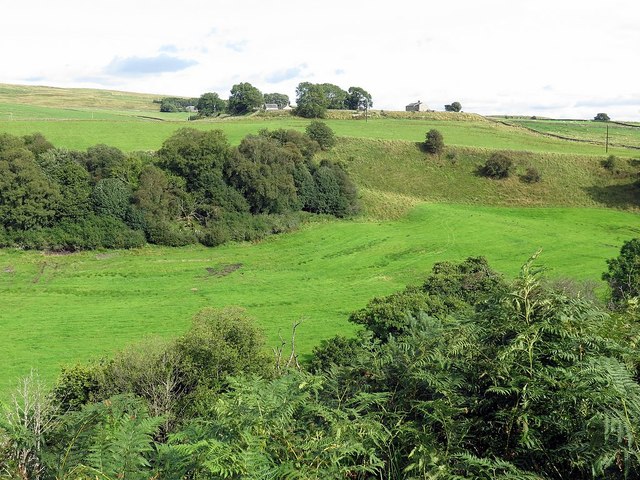 Site of Bremenium Roman Fort from the west 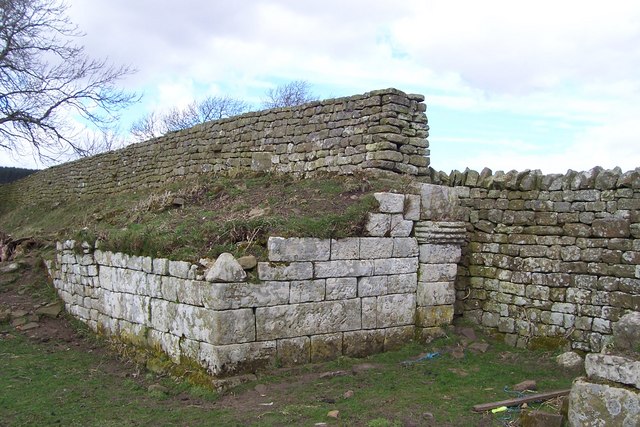 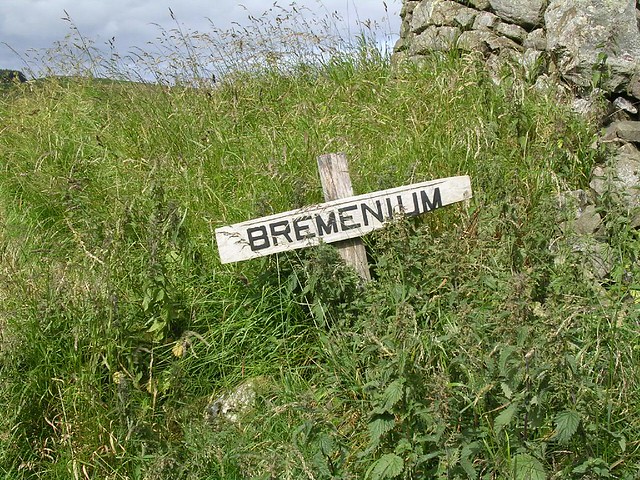 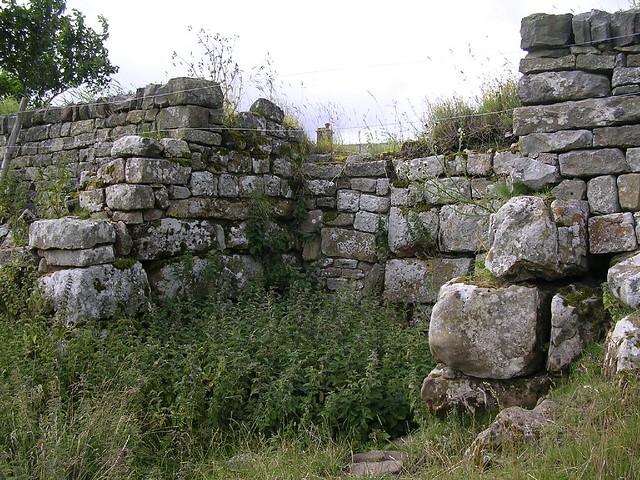 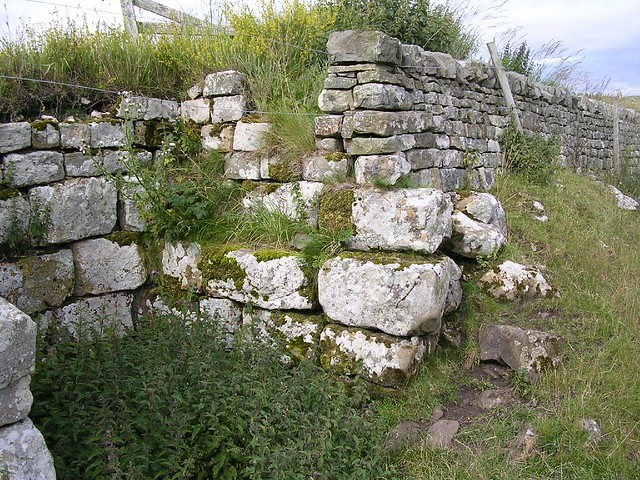 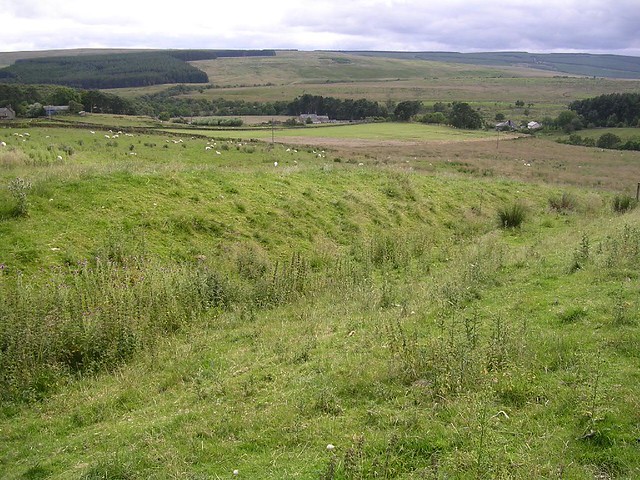 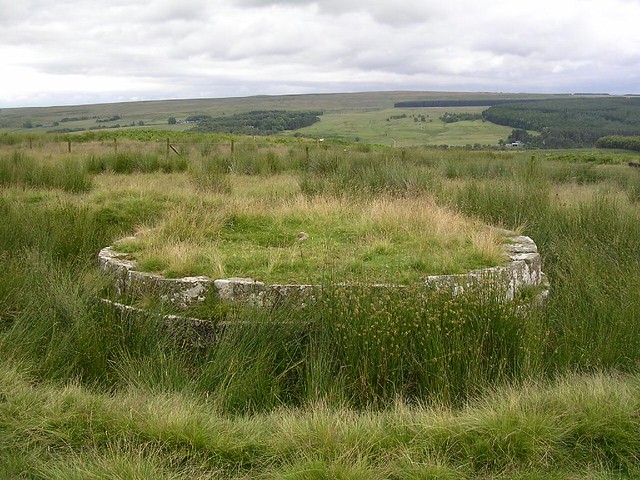 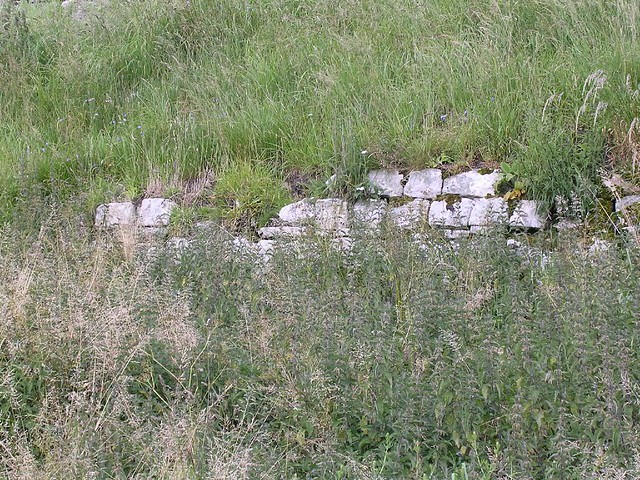 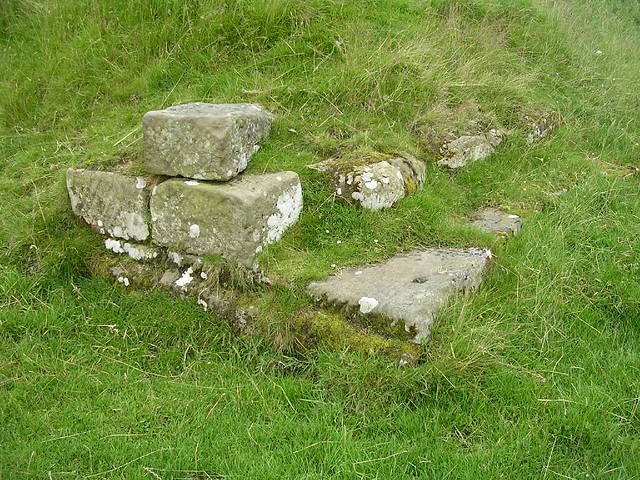 Bremenium Roman station, High Rochester
- "...This monument includes a Roman fort and its associated earthwork defences and standing masonry, situated on a west facing slope overlooking Sills Burn. The earthworks are formed by both ramparts ...

The Western Gateway of Bremenivm

Site of Bremenium Roman Fort from the west

Bremenium Roman station, High Rochester
- "...This monument includes a Roman fort and its associated earthwork defences and standing masonry, situated on a west facing slope overlooking Sills Burn. The earthworks are formed by both ramparts ...