Blackrocks Point Lighthouse (aka Bamburgh Lighthouse) was built by Trinity House in 1910 to guide shipping along the Northumberland coast and in the waters around the Farne Islands. The lighthouse is located on a rocky promontory, about half mile north-east of the village of Bamburgh. Stag Rock is located close to the lighthouse.

Bamburgh Lighthouse (also known as Black Rocks Point Lighthouse) was built by Trinity House in 1910 to guide shipping both passing along the Northumberland coast and in the waters around the Farne Islands. It was extensively modernised in 1975 and is now monitored from the Trinity House Operations and Planning Centre in Harwich. Routine maintenance is carried out by a local attendant. It is the most northerly land-based lighthouse in England.

When originally built, the lamp was mounted on a skeletal steel tower (the footprint of which can still be seen within the compound) which stood alongside the white building which housed an acetylene plant to power the lamp. (A similar arrangement can be seen today at Peninnis Lighthouse in the Isles of Scilly.) It was a sector light with a group occulting characteristic (showing two eclipses every 15 seconds).

During electrification in 1975 the tower was removed, and the lantern was placed instead on top of the (now redundant) acetylene building. Diesel generators were installed in the building; these were retained as a standby provision after 1980, when the lighthouse was connected to the mains.

Text from Wikipedia, available under the Creative Commons Attribution-ShareAlike License (accessed: 03/12/2021).
Visit the page: Bamburgh Lighthouse for references and further details. You can contribute to this article on Wikipedia.
Bamburgh Stag Rock, near Blackrocks Point Historic Buildings and Monuments in Bamburgh Lighthouses 1910 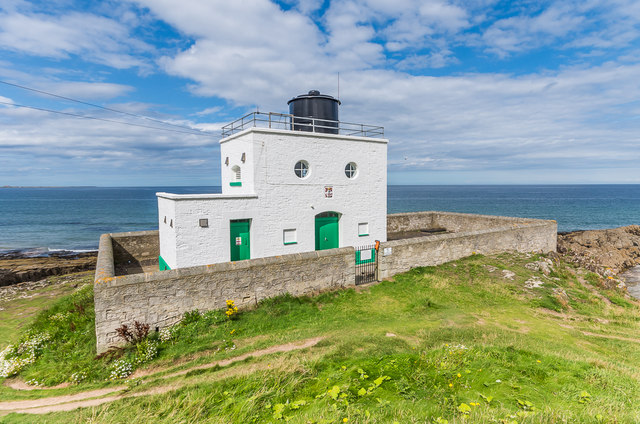 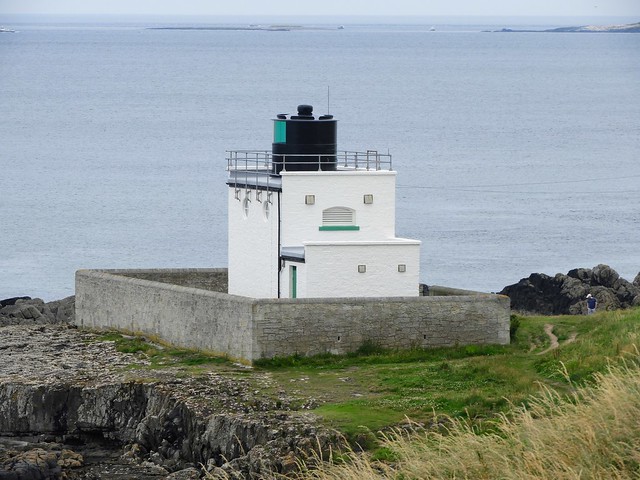 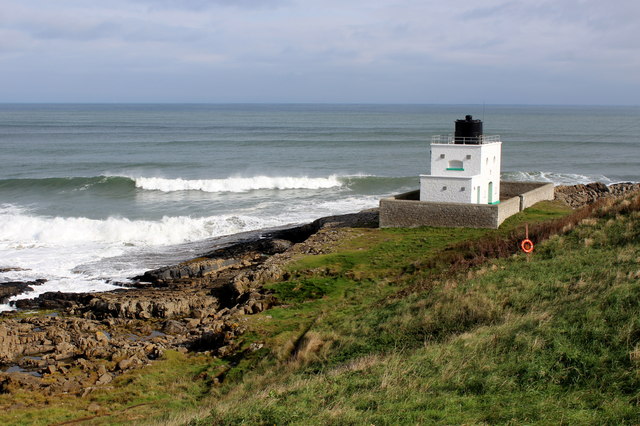 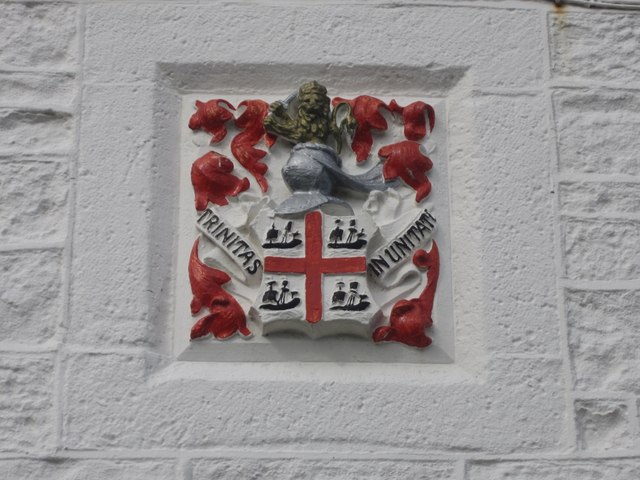 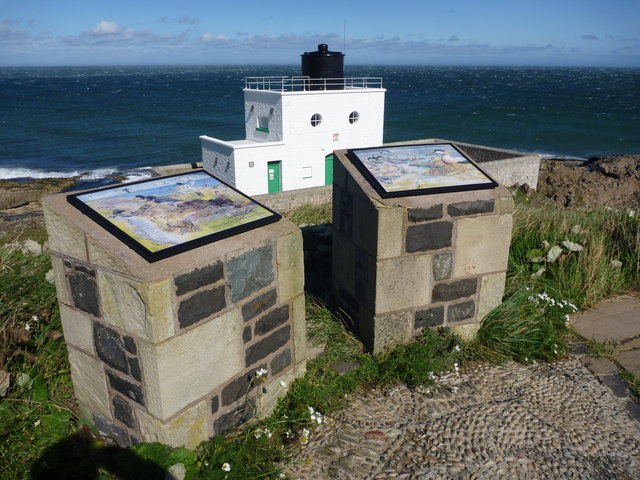 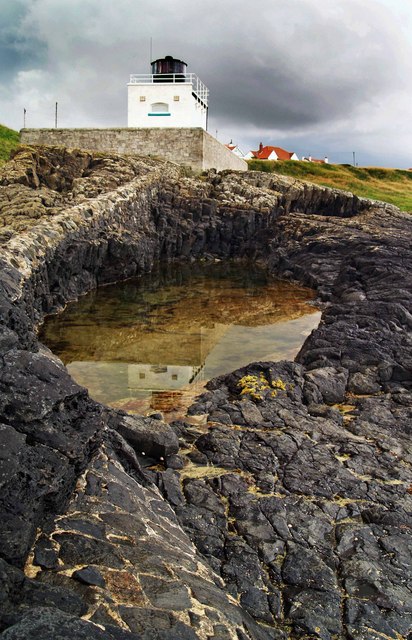 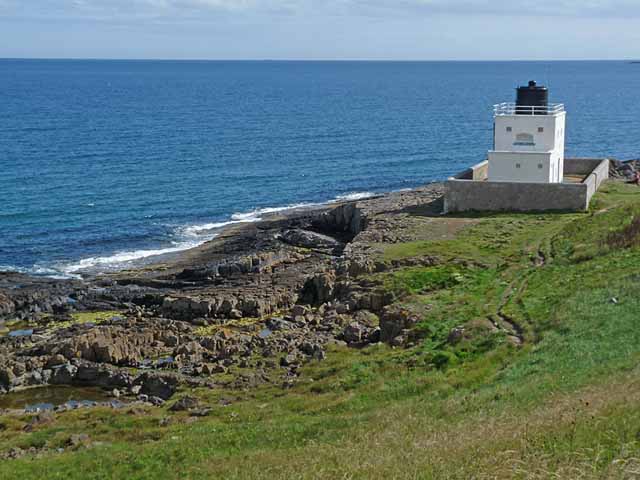 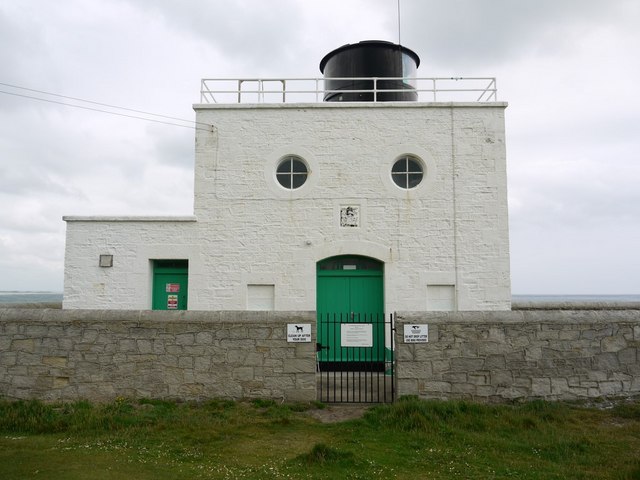 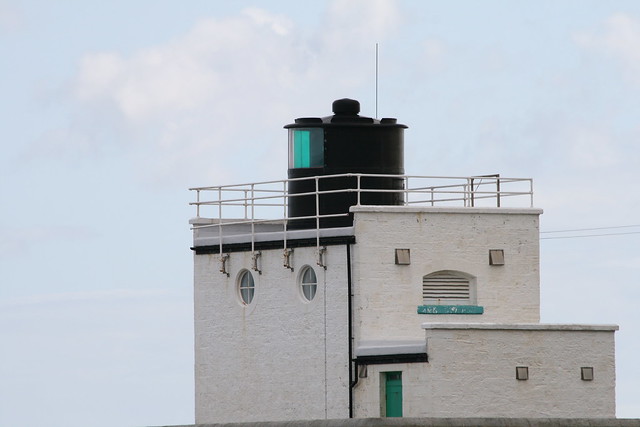 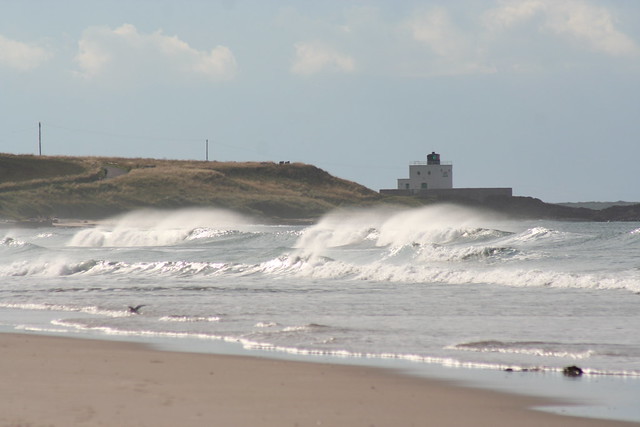 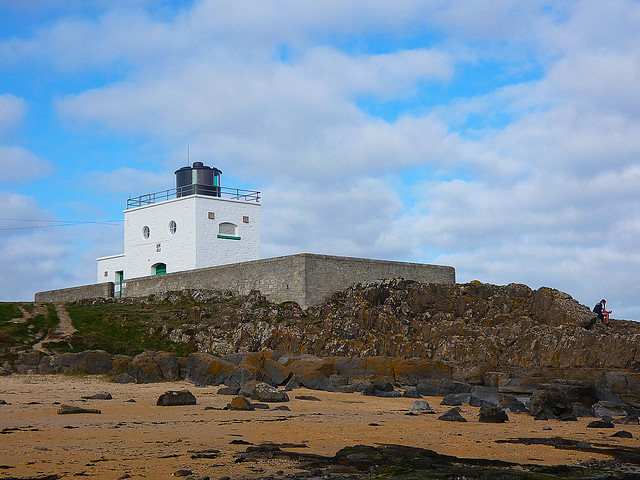 Historic Buildings and Monuments in Bamburgh