The Birkrigg stone circle (also known as the Druid's Temple or Druids' Circle) is a Bronze Age stone circle on Birkrigg Common, two miles south of Ulverston in the English county of Cumbria. It dates to between 1700 and 1400 BC.

Limited excavation within the inner circle in 1911 found an upper and lower pavement of cobbles. Below the lower layer of cobbles five cremations were uncovered, three in pits, one on a layer of cobbles and one covered by an inverted urn. A second excavation in 1921 produced a few small stone implements which the excavator thought might be a pestle, a palate and a piece of red ochre, and which might therefore have had a ceremonial use.

Text from Wikipedia, available under the Creative Commons Attribution-ShareAlike License (accessed: 05/01/2020).
Visit the page: Birkrigg stone circle for references and further details. You can contribute to this article on Wikipedia.
Birkrigg Standing Stones Historic Buildings and Monuments in Urswick Civil Parish Scheduled Monument 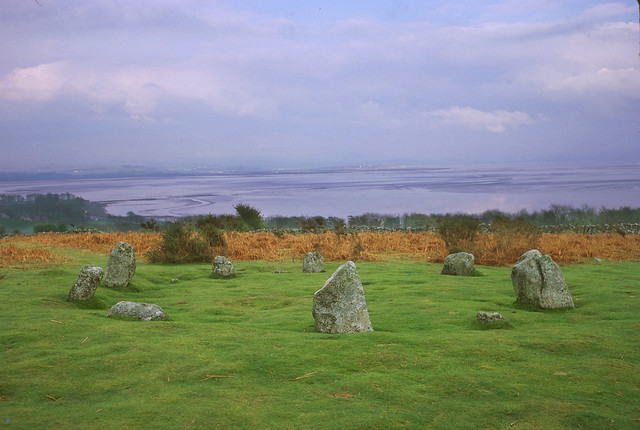 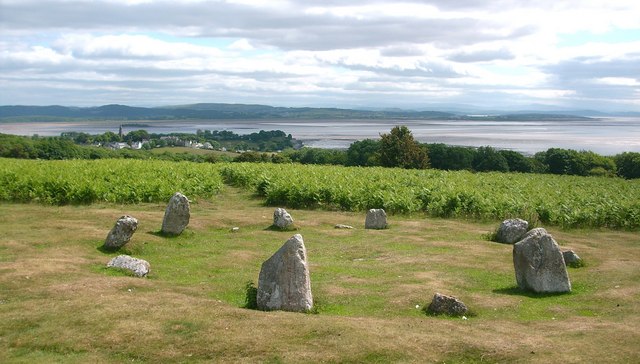 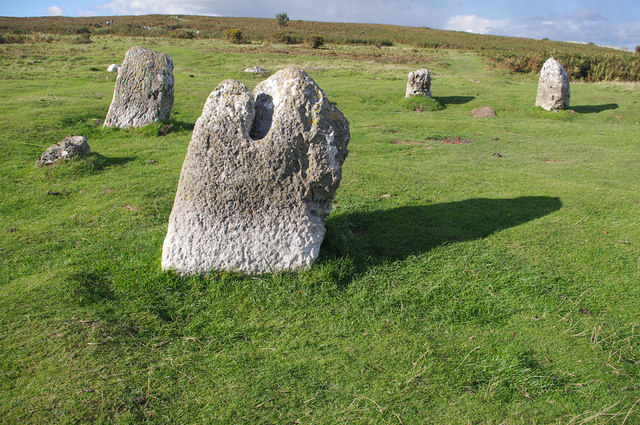 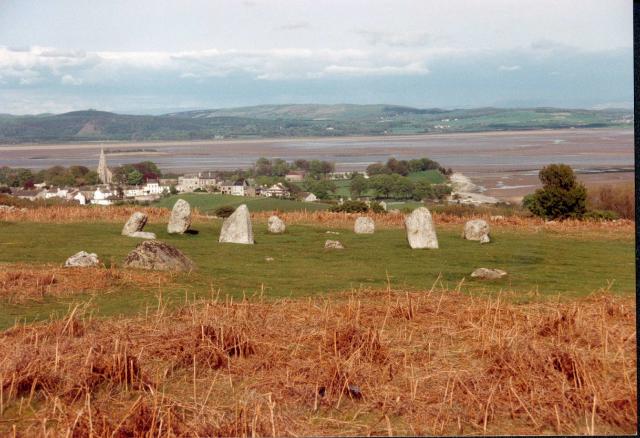 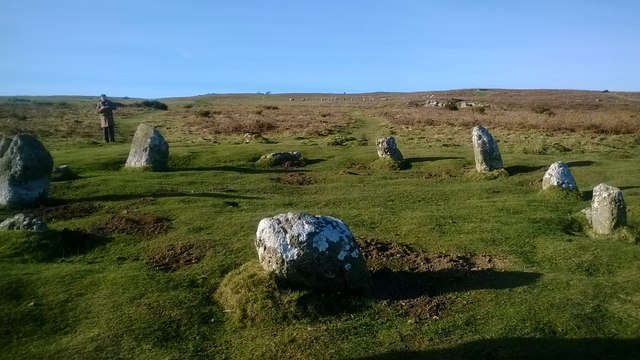 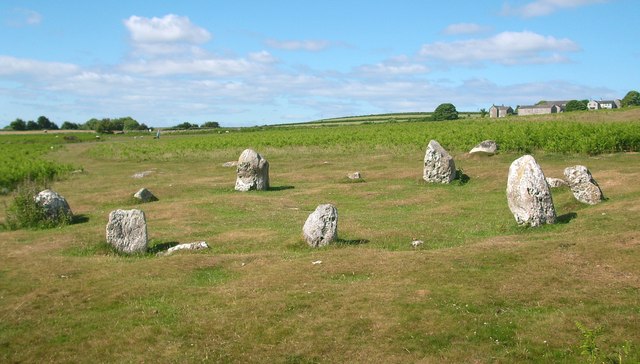 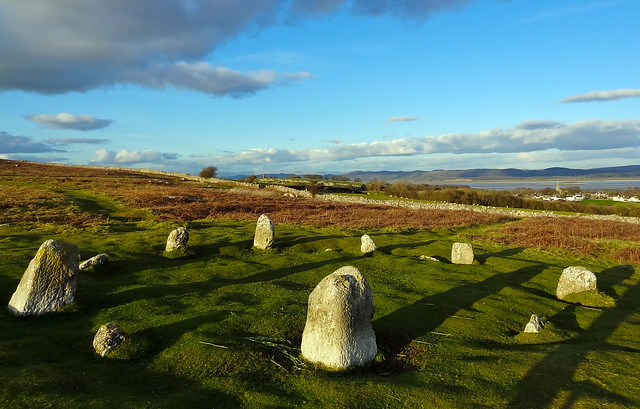 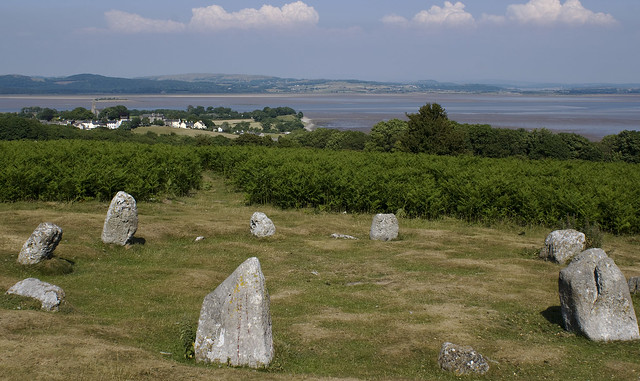