The Battle of Solway Moss took place on the 24th of November 1542 near Arthuret, about 7 miles north of Carlisle, just south of the border with Scotland. King James V of Scotland sent an army of around 17,000 troops into England to burn the countryside north of Carlisle - in retaliation for the burning of Roxburgh and Kelso by the English in October. The English forces of around 3,000 men led by Lord Wharton were vastly outnumbered. However, the Scottish forces were disorganised and didn't have a clear chain of command (King James remained in Scotland). The Scots found themselves trapped between the River Esk and peat bogs of the Moss; many were drowned or captured by the victorious English forces. King James retired to his palace at Falkland and died of a fever there on the 14th December, less than a week after the birth of his daughter - who then became Mary Queen of Scots.

In 1542, relations between King Henry VIII and King James V of Scotland had deteriorated. In October, the Duke if Norfolk led 20,000 men into Scotland and burnt Roxburgh and Kelso. The next month King James retaliated by sending 17,000 troops into England to burn the countryside north of Carlisle. The local English commander mustered 3,000 men to oppose the Scots. The Scots first saw the flags of the small English force on the hilltop above them, and feared that it was part of a much larger force.

The Battle of Solway Moss took place on Solway Moss near the River Esk on the English side of the Anglo-Scottish border in November 1542 between English and Scottish forces.

The Scottish King James V had refused to break from the Roman Catholic church, as urged by his uncle King Henry VIII, who then launched a major raid into south west Scotland. The Scottish army that marched against them was poorly led and organised, and many Scots were either captured or drowned in the river. News of the defeat is believed to have hastened the early death of James V.

When Henry VIII of England broke from the Roman Catholic Church, he asked James V of Scotland, his nephew, to do the same. James ignored his uncle's request and further insulted him by refusing to meet with Henry at York. Furious, Henry VIII sent troops against Scotland. In retaliation for the massive English raid into Scotland, James responded by assigning Robert, Lord Maxwell, the Scottish Warden of West March, the task of raising an army.

On 24 November 1542, an army of 15,000–18,000 Scots advanced into England. Lord Maxwell, though never officially designated commander of the force, declared he would lead the attack in person. A report of George Douglas of Pittendreich, who was not present, and some later chronicle accounts, say that in the absence of Maxwell, Oliver Sinclair, James V's favourite, declared himself to be James's chosen commander. According to this account of the battle, the other commanders refused to accept his command and the command structure disintegrated. The English commanders Lord Wharton and Sir William Musgrave made reports of the battle. William Musgrave reported that Maxwell was still in charge and fought with the rest of the Scottish nobles, who were forced to dismount on the bank of the River Esk.

The Scots advance into England was met near Solway Moss by Lord Wharton and his 3,000 men. The battle was uncoordinated and may be described as a rout. Sir Thomas Wharton described the battle as the overthrow of the Scots between the rivers Esk and Lyne. The Scots, after the first encounter of a cavalry chase at "Akeshawsill", now Oakshawhill, moved "down" towards Arthuret Howes. They found themselves penned in south of the Esk, on English territory between the river and the Moss (a peat bog), and after intense fighting surrendered themselves and their 10 field guns to the English cavalry. Wharton said the Scots were halted at the Sandy Ford by Arthuret mill dam. The Scots were 'beguiled by their own guiding', according to one Scottish writer. Several hundred of the Scots may have drowned in the marshes and river.

James, who was not present at the battle (he had remained at Lochmaben), withdrew to Falkland Palace humiliated and ill with fever. The news that his wife had given birth to a daughter instead of a son further crushed his will to live, and he is reported to have stated that the House of Stewart "came with a lass and will go with a lass". He died at Falkland two weeks later at the age of thirty. According to George Douglas, in his delirium he lamented the capture of his banner and Oliver Sinclair at Solway Moss more than his other losses.

Gervase Phillips has estimated that only about seven Englishmen and 20 Scots were killed but 1,200 Scottish prisoners were taken, including Sinclair, the Earls of Cassilis, Glencairn and Maxwell. Prisoners taken to England included Lord Gray, and Stewart of Rosyth. A number of captured Scottish earls, lords and lairds were released; they sent hostages, called "pledges" into England in their place. On 14 December 1542, Thomas Wharton's report of the battle was read to Privy Council, and they ordered that Scottish prisoners entering London should wear a red St Andrew's cross. Among the captured guns were four falconets with the cast cipher of 'JRS' for 'Jacobus Rex Scotorum' and the Scottish royal arms with an imperial crown.

Eustace Chapuys reported that the Scottish prisoners attended Henry's court on Christmas Day wearing swords and dirks. They were able to talk to the French ambassador and Henry gave them each a present of a gold chain. These hostages and prisoners were mostly well treated in England, as it was hoped that when they returned to Scotland after their ransoms were paid, they would further the English cause. Some of the high-ranking prisoners taken at the battle were exchanged for their 'pledges' at Carlisle on 10 January 1543. Chapuys said the return of some prisoners was prevented at this time by the Scottish government which claimed they were traitors for losing the battle, or suspected they were now being influenced by Henry. As their families were arrested, these prisoners could not provide their pledges and stayed on the border at Berwick-upon-Tweed.

However, a modern historian Marcus Merriman sees the battle and hostage-taking more as the culmination of James V's war rather than the beginning of Henry VIII's Rough Wooing. He notes that the capture of so many Scottish nobles at the time of the birth and accession of Mary, Queen of Scots did not affect Henry's policy or the Scottish lords's subsequent rejection of the Treaty of Greenwich in December 1543.

Schedules of prisoners, keepers and pledges

The chief Scottish prisoners were taken to Newcastle upon Tyne, and were listed with their English keepers at that time in a schedule prepared by Sir Thomas Wharton; below the keepers of their substitute 'pledges' or hostages are added from a list compiled later in 1543 amongst the papers of the Earl of Shrewsbury.

In March 1544, as the war of Rough Wooing commenced in earnest, Henry VIII sent his Richmond Herald, Gilbert Dethick, to the Privy Council of Scotland at Stirling Castle to demand the return to England of a number of these high-ranking prisoners who had been allowed home on licence. These were: the Earls of Cassilis and Glencairn, Lords Somerville, Maxwell, Gray, Oliphant, and Fleming, with Oliver Sinclair, George Hume of Ayton, Robert Master of Erskine, William Seton, Patrick Hepburn, James Pringle, James Sinclair, Alexander Sinclair, John Maitland of Awencastle, Henry Maxwell brother of lord Maxwell, John Ross of Craigie, the laird of Moncrieff, John Leslie younger son of the earl of Rothes, and John Carmichael. If the council did not organise their return, Henry threatened revenge on their pledges in England, and penalties on future captives.

The battlefield is registered by English Heritage, and currently under research to be inventoried and protected by Historic Scotland under the Scottish Historical Environment Policy of 2009.

Text from Wikipedia, available under the Creative Commons Attribution-ShareAlike License (accessed: 02/10/2018).
Visit the page: Battle of Solway Moss for references and further details. You can contribute to this article on Wikipedia.
Arthuret Historic Buildings and Monuments in Arthuret Civil Parish Anglo-Scottish Wars Arthuret Civil Parish 1542

Battle of Solway Moss
- "Given the overwhelming odds against them, with just 3000 troops to match a Scottish raiding force of perhaps as many as 18000, one might have expected the English to withdraw ... 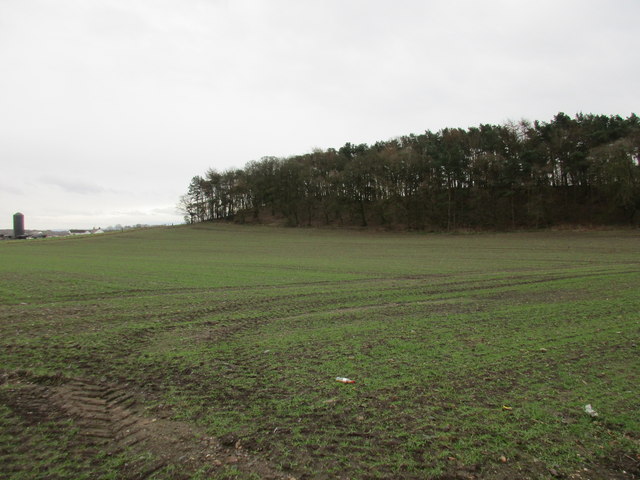 Site of the Battle of Solway Moss 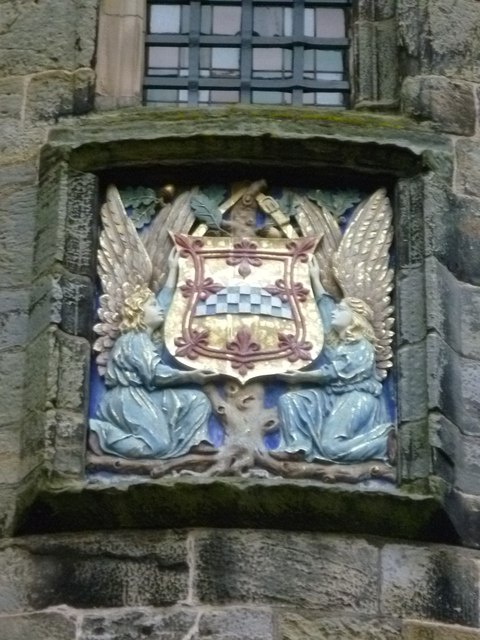 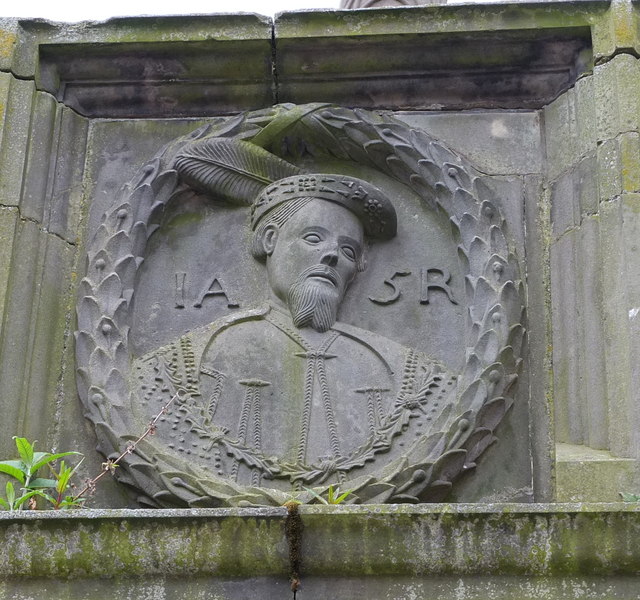 Battle of Solway Moss 1542
- "In 1542, relations between King Henry VIII and King James V of Scotland had deteriorated. In October, the Duke if Norfolk led 20,000 men into Scotland and burnt Roxburgh ...

Battle of Solway Moss
- "Given the overwhelming odds against them, with just 3000 troops to match a Scottish raiding force of perhaps as many as 18000, one might have expected the English to withdraw ...

Site of the Battle of Solway Moss

Battle of Solway Moss 1542
- "In 1542, relations between King Henry VIII and King James V of Scotland had deteriorated. In October, the Duke if Norfolk led 20,000 men into Scotland and burnt Roxburgh ...