Allonby is a village on the coast of the Allerdale district in Cumbria, England. The village is on the B5300 road 5 miles (8.0 km) north of Maryport and 8 miles (13 km) south of Silloth. The village of Mawbray is 3 miles (4.8 km) to the north, and 3.5 miles (5.6 km) to the east is the village of Westnewton. The county town of Carlisle is located to the north east. Other nearby settlements include Crosscanonby, Edderside, Hayton, and Salta.

The village overlooks Allonby Bay in the Solway Firth. The area is within the Solway Coast Area of Outstanding Natural Beauty, and the historic county of Cumberland. Allonby, and the five-mile coastal strip of the bay, has views across the Solway to the Galloway hills of southern Scotland. Both the South Saltpans beach and the West Winds beach were awarded the Blue flag rural beach award in 2005. The village is located on the Cumbria Coastal Way long distance footpath.

From the late 18th century until the mid 19th century, Allonby was home to a small fishing fleet. The main catch was herring. Fish yards were built where these were salted and packed in barrels made on the premises. There was also a smoke house where kippers were produced.

In the early part of the 19th century Allonby was a popular sea-bathing resort. Baths were built in 1835. The buildings still survive as private residences in the Market Square.

The village has a 17th century coaching inn now known as the Ship Hotel. Charles Dickens and Wilkie Collins stayed overnight at the hostelry in 1857 (due to Collins' illness) while they were touring northern Cumberland, although Dickens later described Allonby as a 'dreary little place'.

The Reading Room, opened in 1862, was designed by Alfred Waterhouse, the Victorian architect, when he was only 32 years old. The building was largely financed by Joseph Pease who was Britain's first Quaker MP.

('Bȳ' is a late Old English word from Old Norse 'bȳr' and Swedish or Danish 'by' meaning 'village', 'hamlet').

Allonby is in the parliamentary constituency of Workington, Sue Hayman is the Member of parliament. 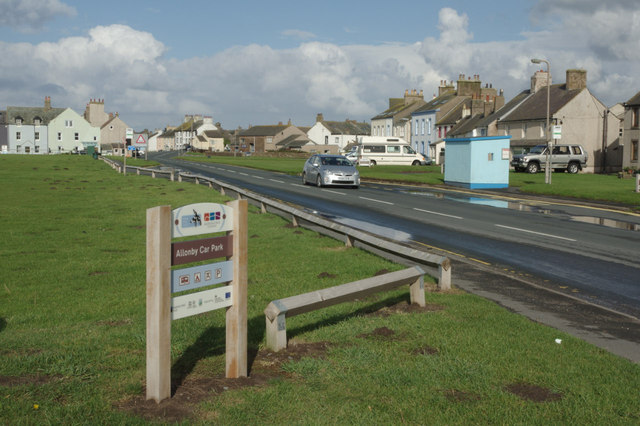 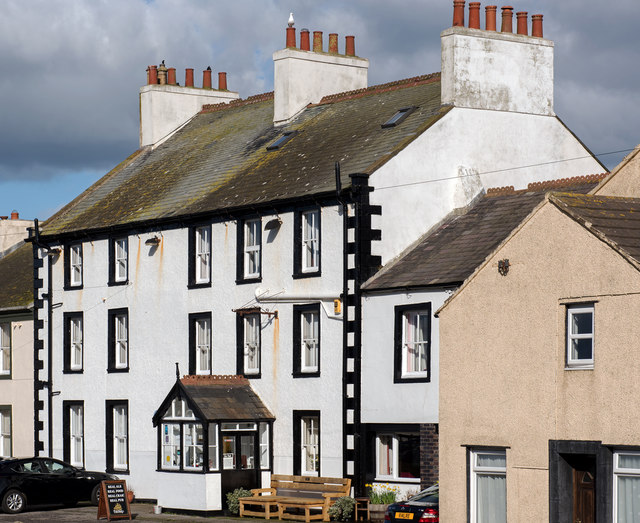 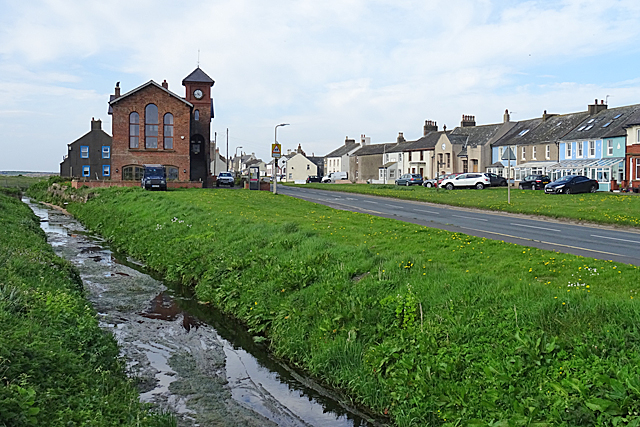 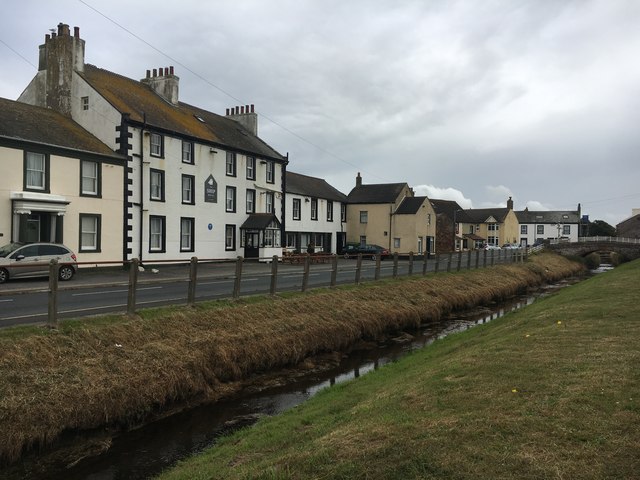 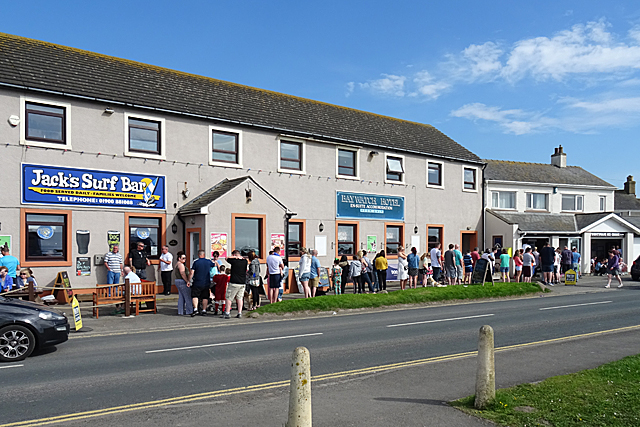 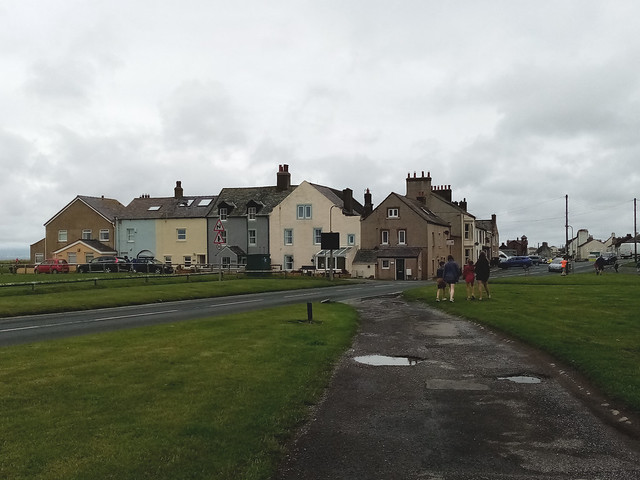 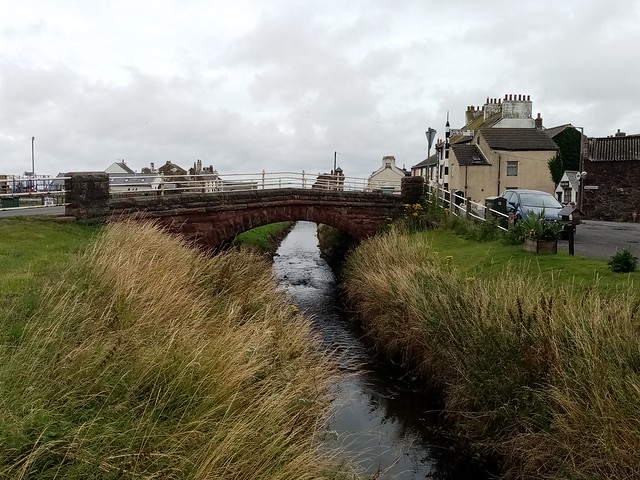 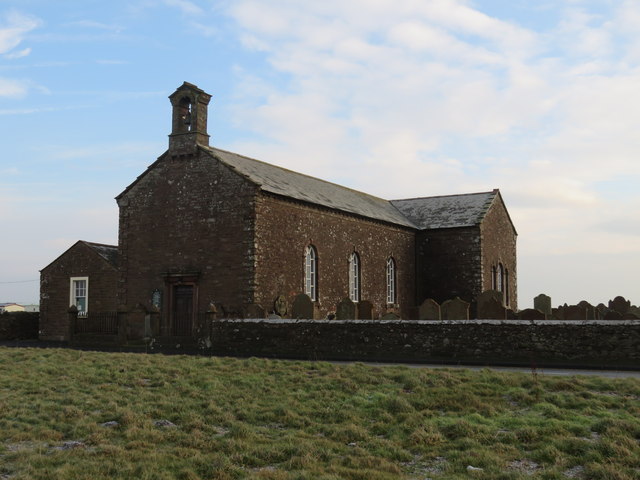 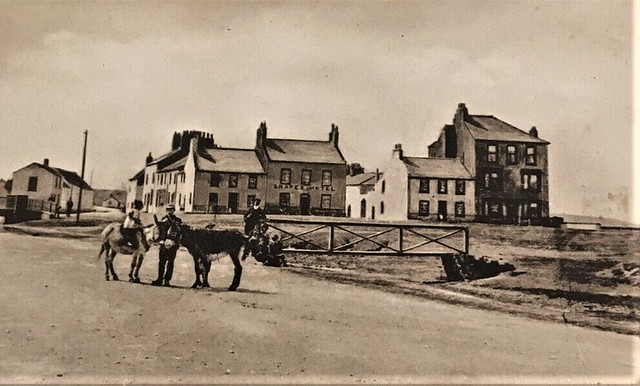 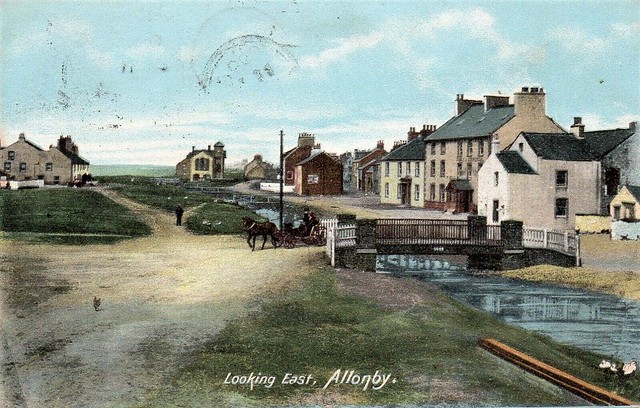 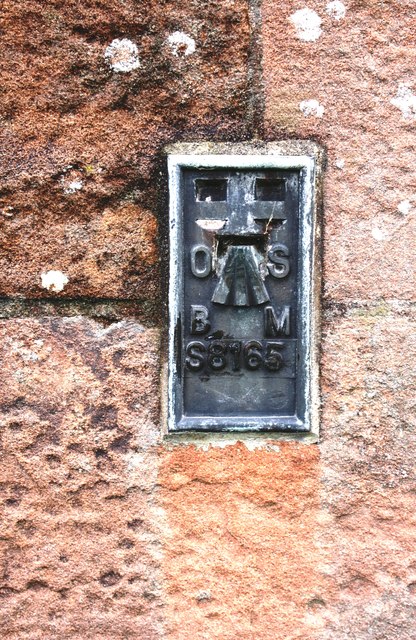 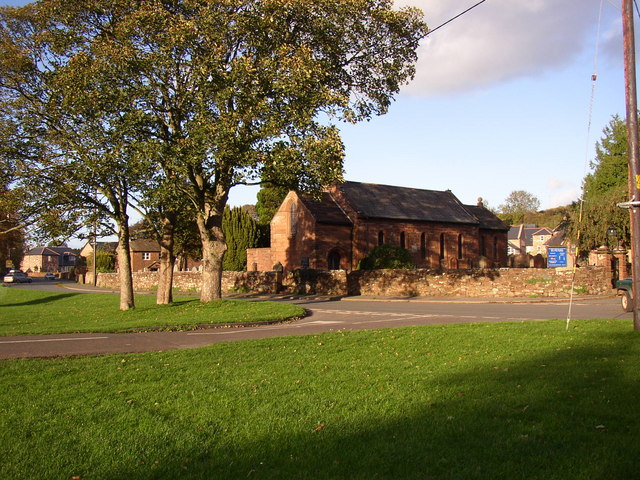