Alauna was a fort in the Roman province of Britannia, located on the coastal sandstone ridge to north of the modern town of Maryport. The fort formed part of the 2nd century AD Roman frontier defences of forts, mile fortlets and towers set approximately one third of a Roman mile apart along the vulnerable low-lying coastal plain of north west Cumbria. The fort was close to the cliff edge, giving extensive views in all directions, particularly out to sea and across the Solway Firth towards south western Scotland.[1] Alauna was linked by a Roman road south-east to the Roman fort and settlement at Derventio (Papcastle), and by another road north-east to the regional hub of Luguvalium (Carlisle).

The buried remains of the fort (measuring about 140m2), the viscus (civilian settlement) and a 420m section of the Roman road from the north gate of the fort - are a Scheduled Monument. Part of the site of Alauna is occupied by the Senhouse Roman Museum, which houses many of the artifacts excavated from the fort and viscus.

Alauna was a castrum or fort in the Roman province of Britannia. It occupied a coastal site just north of the town of Maryport in the English county of Cumbria (formerly part of Cumberland).

It was linked by a Roman road to the Roman fort and settlement at Derventio (Papcastle) to the southeast, and thence by another road northeast to the regional hub of Luguvalium (Carlisle).

In 2015 "Maryport's Mystery Monuments" was Research Project of the Year in the British Archaeology Awards.

It has been established "beyond reasonable doubt" that the Roman name for Maryport was Alauna. Alauna is a river name and the Roman fort stands on a hill north of the River Ellen. The name Alauna appears securely just once – in the Ravenna Cosmography. The Antonine Itinerary mentions a fort called Alone on the road from Ravenglass to Whitchurch but this cannot be Maryport, but is either a fort at Watercrook (on the river Kent near Kendal) or one at Low Borrowbridge (on the River Lune near Tebay). The Notitia Dignitatum lists a fort called Alione, garrisoned by the Cohors III Nerviorum, which has been equated with both Alauna and Alone by different scholars.

The fort was established around AD 122 as a command and supply base for the coastal defences of Hadrian's Wall at its western extremity. There are substantial remains of the Roman fort, which was one of a series along the Cumbrian coast intended to prevent Hadrian's Wall being outflanked by crossing the Solway Firth. Geo-magnetic surveys have revealed a large Roman town surrounding the fort. An archaeological dig discovered evidence of a second, earlier, larger fort next to, and partially under the present remains.

TimeScape Surveys (Biggins & Taylor), supported by a grant from the Maryport Heritage Trust, conducted a magnetometry geophysical survey of the fort and its vicus (civilian settlement). Some targeted areas of resistivity survey were completed. The survey was conducted between May 2000 and September 2003 on land at Camp Farm, Maryport. Covering 72.5 hectares (170 acres), it is the largest geophysical survey carried out on the northern Roman frontier.

The survey revealed multi-period activity, together with the possible location of a Roman port or causeway. The fort had been robbed of stone to construct other buildings in the locality. The vicus was well-preserved and had a substantial road leading to the suspected Roman entrepôt. The field system surrounding the vicus was extensive and showed small 'market garden' plots, some containing buildings. The survey also detected a suspected Iron Age enclosure and elements of medieval buildings.

The Roman fort site was owned from the 16th century by generations of the Senhouse family. The main building on the site was constructed as a naval artillery drill hall in 1885; it was converted into a museum (the Senhouse Roman Museum) in 1990. The Senhouse family's collections are now housed in the museum. The numerous Roman artefacts include altars. The site has yielded more altars than any other in Britain, and the finds have been made over a long period of time, from Tudor times to the present century.

The altars are made of local sandstone. They were erected for ceremonies which appear to have taken place annually. The inscriptions give information about the fort and its inhabitants. One of the best known, now in the British Museum, has an inscription dedicated by Gaius Cornelius Peregrinus, a decurion (town councillor) from Saldae (present-day Bejaia in Algeria), who was tribunus (military commander) of the auxiliary garrison.

Excavations beginning in 2011 have thrown more light on the altars. The archaeologists included Ian Haynes of Newcastle University and Tony Wilmott (who won the Archaeologist of the Year award in 2012).

Where the altars originally stood is not known, but they were designed to stand in rows. They were possibly aligned in relation to a temple, and excavations have examined evidence for two temples.

The 2011 excavation season revisited a site where 17 altars were found in pits in 1870. The circumstances of the altars' deposition have been reinterpreted and it is accepted that they were re-used in the foundations of a late-Roman building. This suggests that religious beliefs at Alauna changed during the period of Roman occupation.

Text from Wikipedia, available under the Creative Commons Attribution-ShareAlike License (accessed: 22/08/2021).
Visit the page: Alauna (Maryport) for references and further details. You can contribute to this article on Wikipedia.
Maryport Senhouse Roman Museum Roman Period (43 to 409 AD) Historic Buildings and Monuments in Maryport 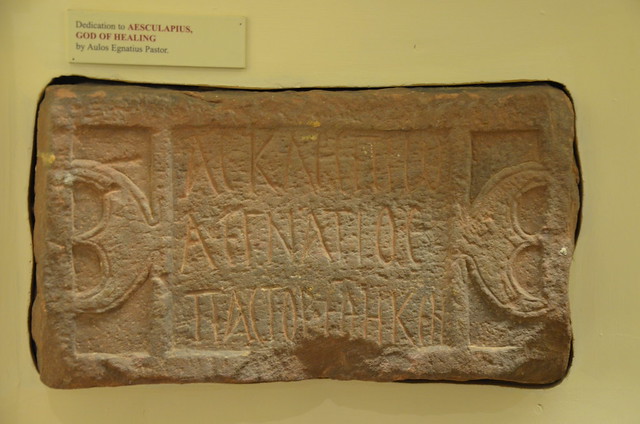 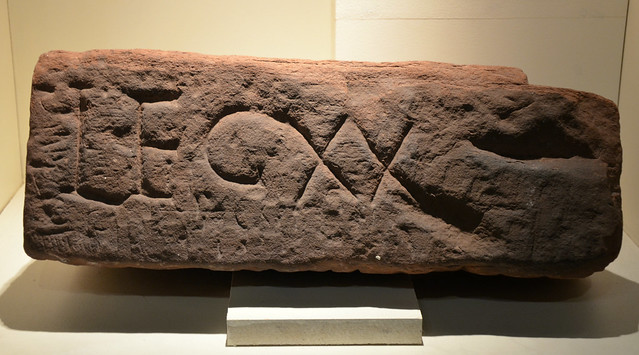 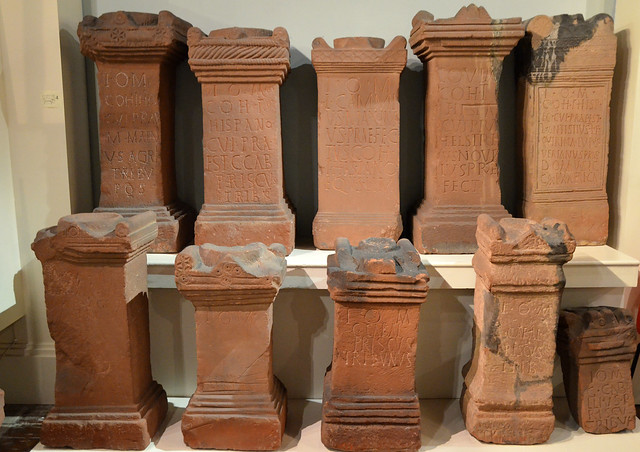 Maryport (Alavna) Roman fort, part of the Roman frontier defences along the Cumbrian coast, its associated vicus and a length of Roman road - List Entry
- "....The monument includes the earthworks and buried remains of Maryport Roman fort - identified as the site of Alavna noted in classical sources - together with the buried remains of a large ...

Maryport (Alavna) Roman fort, part of the Roman frontier defences along the Cumbrian coast, its associated vicus and a length of Roman road - List Entry
- "....The monument includes the earthworks and buried remains of Maryport Roman fort - identified as the site of Alavna noted in classical sources - together with the buried remains of a large ...

Historic Buildings and Monuments in Maryport