Whitfield was born in Newcastle Upon Tyne into a family of coal wholesalers and studied architecture at Newcastle University, where he was admitted at the unusually early age of 16.

Whitfield designed the Glasgow University Library (1968) and the Hunterian Museum and Art Gallery Extension at the University of Glasgow (1962–81), as well as an extension to the Newcastle University Students' Union building (1964). He also designed a major bush-hammered concrete Brutalist extension (1964–70) for Arthur Beresford Pite and John Belcher's 1890-1893 Institute of Chartered Accountants headquarters, Chartered Accountants' Hall, including a new entrance; as well as the 1987 Department of Health building, Richmond House in Richmond Terrace, Whitehall, London.

Together with his partner Andrew Lockwood, he designed the neo-Palladian mansion Tusmore Park in Oxfordshire for the Saudi Arabian financier Wafic Saïd.

He was awarded CBE in the 1976 Birthday Honours and knighted in the 1993 New Year Honours. 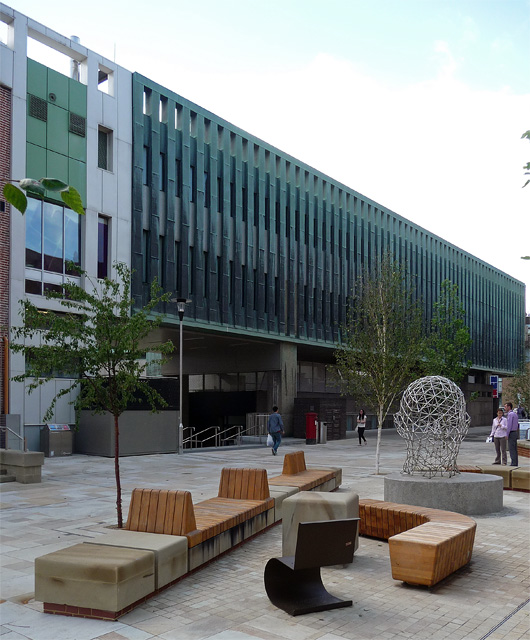 Hadrian Building
- Overview Map Street View The Hadrian Building (formerly known as the King's Road Centre) is located on Kings Road at Newcastle University. It was built 1960-1964 and designed by Sir ...

Hadrian Building
- Overview Map Street View The Hadrian Building (formerly known as the King's Road Centre) is located on Kings Road at Newcastle University. It was built 1960-1964 and designed by Sir ...