The War Memorial at Yarm is located on the High Street next to the old Town Hall. The memorial was dedicated to 61 local men who lost their lives in the First World War It was unveiled on the 15th July 1921 by Lieut. Col. F.D. Urwick, D.S.O., and was dedicated by the Vicar of Yarm.[1] Later, the memorial was further inscribed with the names of 17 local people killed in the Second World War, and then the name of a soldier lost in the Korean war (1950-3). The memorial is Grade II listed on the National Heritage List for England. 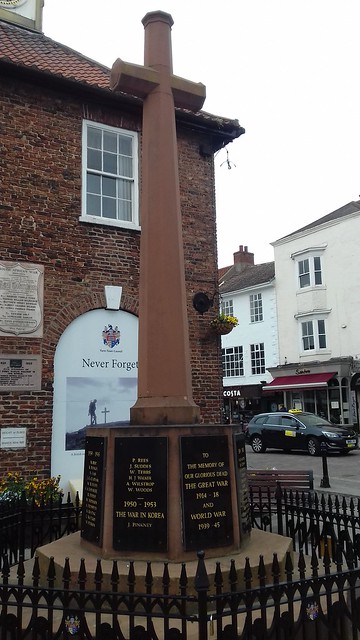 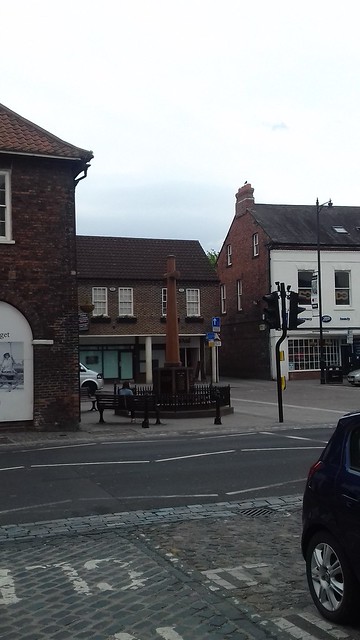 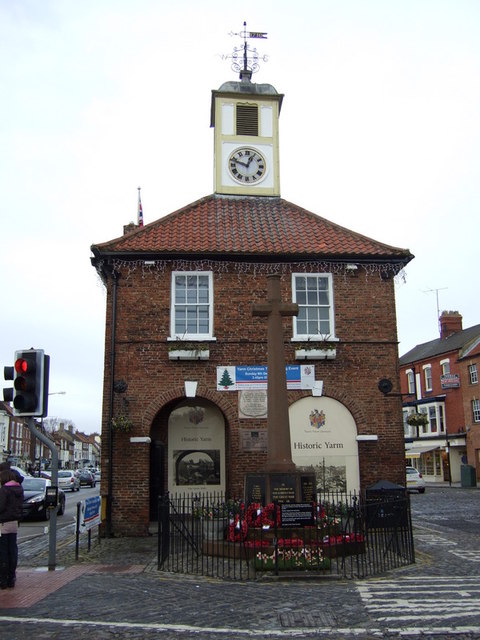