Walter Skirlaw was Bishop of Durham from 1388 until he died on 24th March 1406. Skirlaw was also a diplomat and advisor to King Richard II and later Henry IV. During his time as Bishop of Durham he commissioned the building works including the cloisters and other enhancements to Durham Cathedral; bridges at Shincliffe, Bishop Auckland, and Yarm; and contributed funding to the building the central tower of York Cathedral.

Walter Skirlaw (born Swine parish, Holderness, brought up at Skirlaugh; died 1406) was an English bishop and diplomat. He was Bishop of Durham from 1388 to 1406. He was an important adviser to Richard II of England and Henry IV of England.

Skirlaw was Archdeacon of the East Riding from 1359 to 1385 and Archdeacon of Northampton from 1381. In 1382, he was given custody of the privy seal, filling the office of Lord Privy Seal, which office he held until 1386. He was elected Bishop of Coventry and Lichfield on 28 June 1385, and consecrated on 14 January 1386. Then he was translated to be Bishop of Bath and Wells on 18 August 1386. On 3 April 1388, he was once again transferred, this time to the see of Durham. He would have become archbishop of York in 1398, but Richard II over-ruled the cathedral chapter, insisting on Richard le Scrope.

Skirlaw is described as "a munificent prelate. He built bridges at Shincliffe, Bishop Auckland, and Yarm; a refuge tower, a beautiful chapter-house (now in ruins) at Howden; and was a large contributor to the expense of building the central tower of York Cathedral".

During his episcopacy much was added to Durham Cathedral, including its cloisters. He is portrayed in the east stained-glass window in York Minster, which he had made.

Text from Wikipedia, available under the Creative Commons Attribution-ShareAlike License (accessed: 10/05/2018).
Visit the page: Walter Skirlaw for references and further details. You can contribute to this article on Wikipedia. 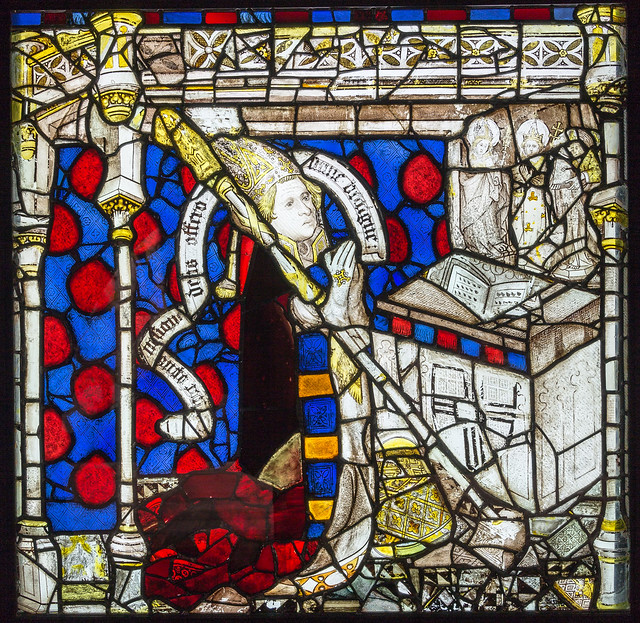 May, The Orb in York Minster 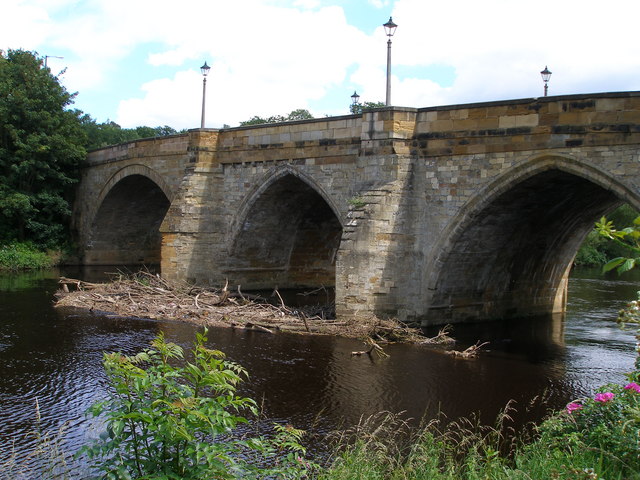 The stone road bridge at Yarm

May, The Orb in York Minster

The stone road bridge at Yarm