A former public house on the corner of Jesmond Road and Deuchar Street, being conveted into flats in 2016. The Cradlewell pub was opened in 1904 by Robert Deuchar. It was built on the site of the original Cradlewell Public House from c.1833. The pub and the Cradlewell area of Jesmond took its name from the nearby water trough. The photograph from 1971 shows the pub name as "Ye Old Cradlewell Hotel". 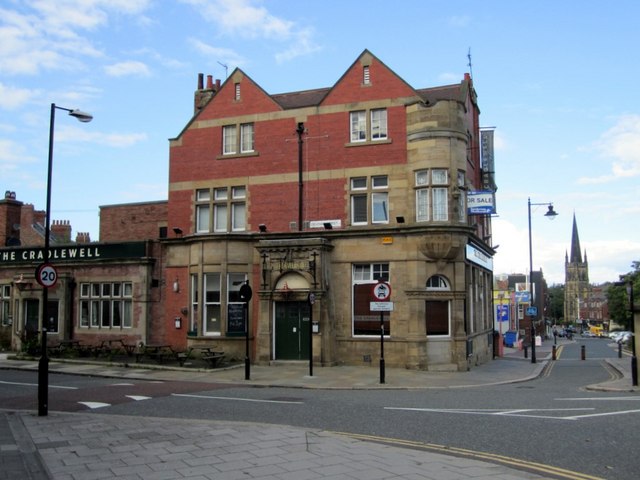 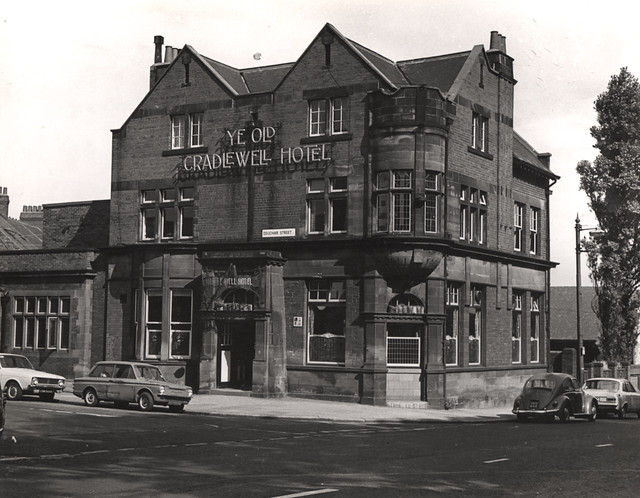 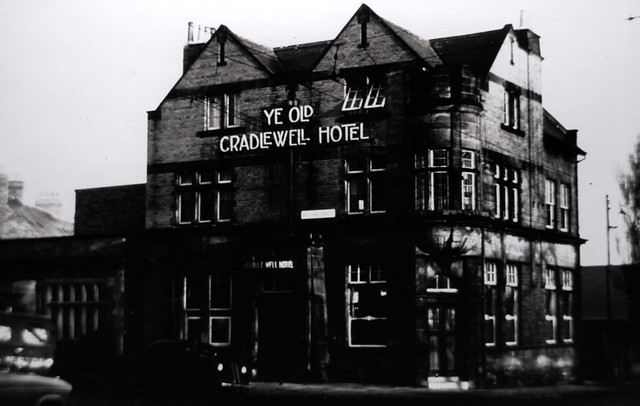