Sunderland station is a National Rail and Tyne & Wear Metro station in the city centre of Sunderland, North East England. Both heavy rail and light rail services use the same platforms. Although the tracks are shared by light and heavy rail vehicles between Sunderland and Pelaw, Northern trains do not call at any of the intermediate stations.

The first railway passenger services to Sunderland were provided by the Durham & Sunderland Railway Company in 1836, initially linking it to and . The line approached from the south along the coast and the terminus was near South Dock, which was known as Town Moor station. The Durham & Sunderland Railway slowly extended their line towards the intended terminus in Durham though the eventual terminus, which opened in 1839, was at just outside the city and it was not until the North Eastern Railway extended the line to that this line finally reached Durham.

Undistinguished either in architecture, convenience or accommodation it was replaced 22 years later by Hendon station, half a mile to the south, at a point where the line had to be joined by the Newcastle & Darlington Junction Railway Company's line to and (which had opened in 1853).

Meanwhile, the Newcastle & Darlington Company had built their station at Fawcett Street (opened in 1863), just south of the site of the present station.

The current station, known as Sunderland Central at that time, was known locally as the New Station. Its platforms and lines lie in a cutting running north and south bounded by retaining walls to the east and west. Its single entrance and street-level buildings were at the North End, but a second entrance and associated buildings at the south were added five years later. The platform area was covered by an over-all semi-elliptical arched-rib roof which together with the North End buildings, was badly damaged by bombs in 1943.

In 1953, the old roof was replaced by umbrella-type roofing and the south end buildings were given an interim facelift, the complete rebuilding being deferred to enable advantage to be taken of the site's potential for property development and to ensure compatibility with the town's proposals for the redevelopment of this central area.

The complete rebuilding of the station was accomplished by November 1965.

The current station buildings, which opened after re-building work in November 1965, formed at that time part of a complete rebuilding scheme which involved almost the entire area of the station site which was decked over and developed at street level.

The buildings covered the south end of the station area and a two-storey block of 20 shops, which were built by City and Central Shops Limited, occupies the central area. The old station buildings at the North End, which were retained in use until the new properties were being developed, were closed and demolished. In that area British Railways provided new premises for parcels traffic and Post Office Mails, which were redeveloped with the alterations to the platforms for Metro train services in 2002, and Littlewood's Mail Order Stores Limited (now occupied by Poundland), developed a four-storey department store with a main frontage on to High Street West.

In November 1965, following the withdrawal of local stopping train services on the lines to West Hartlepool, Durham and (due to the Beeching Axe), passenger trains were concentrated on one island platform with access to the concourse area by a dual 'one-direction' stairway. The second island platform was given over to the working of parcels traffic as a new parcels office premises was to be built at the North End and brought into use. Prior to this (certainly in 1962/3), the parcels traffic was being dealt with at the North End using the old stables block to the West for deliveries and a similar sized room at the East side for incoming parcels. Parcels traffic at the time included pigeon specials, heavy engineering parts, parcels to Europe, greyhounds to Ireland and the occasional corpse! There was also a parcels clerk at the Brian Mills Mail Order Depot.

Also at that time, the revised station working enabled the running lines and sidings at the south end of the station to be simplified. The consequent reduction in permanent way (i.e. railway track) released areas of land at track level which was available for the erection of support for further street level development between Athenaeum Street and Holmside bridges and also on the south side of Holmeside.

At the time that the modernised buildings opened from 4 November 1965, train services from Sunderland included a half hourly service each weekday to and from Newcastle, and an hourly service to and from West Hartlepool and , with additional trains at peak periods. There were also then through morning trains to London and to Liverpool, and a sleeping car service to London every night of the week. Good connections were available from Newcastle with all parts of the country.

Refurbishment of the station

Nexus, the operator of the Tyne & Wear Metro, announced a £7 million refurbishment of the 140-metre platform areas at Sunderland in 2006. The project was to be funded by the Department for Transport in an innovative scheme in which the money 'saved' by reducing a subsidised local Northern Trains service in favour of Metro was converted into a lump sum for capital investment. While Nexus does not own or manage the station (it is owned by Network Rail and managed by Northern), it said it wanted to invest as the major operator. Work started on refurbishing Sunderland Station in January 2008. An escalator is in place at the station which started working from December 2008.

The second stage of development in the station began in September 2009 and was completed in July 2010. Nexus appointed Sadler Brown Architecture to develop the design led by Arup Consulting Engineers which incorporated the work of three artists, Jason Bruges Studio, Julian Germain and Morag Morrison.

Jason Bruges Studio have created a 140-metre light wall with individual LED units containing an animated display. Julian Germain is providing a sequence of 41 photographs of everyday items 'lost' in a Metro environment, while Morag Morrison is designing coloured glass wall panels for buildings along the island platform.

The project also saw an entirely new floor, ceilings and lighting, substantial improvements to existing walls and a significant re-organisation of buildings and waiting areas on the platforms.

The modernisation of the station was featured in a 2012 Intel advert.

As of October 2015, it was announced that plans were being formulated for refurbishment of the upper concourse and exterior of Sunderland station to improve its image and access. Sunderland city council with its partners in the project Nexus and Network Rail said "We are currently finalising a detailed design solution with partners Network Rail and Nexus. In the meantime, we are working on options to secure some further funding to make the project happen, which will include improvements to the external space surrounding the station."

On 20 September 2017 Sunderland Central MP Julie Elliott contacted Network Rail about the redevelopment of the above ground station, Plans for a £13.55million scheme to transform Sunderland’s run-down city centre railway station were unveiled in 2012. Sunderland City Council and Nexus have already committed £7.25million to the project, leaving a funding gap of £6.1million. A joint working group has also been established to progress the scheme. Mrs Elliott MP has issued the communication to network rail in order to accelerate progress on the scheme.

The station is on two levels (as mentioned previously) - the ticket office is at street level and is manned seven days a week (06:55-18:00 weekdays and Saturdays, 09:00-17:00 Sundays); there is also a Nexus travel office in the booking hall and self-service ticket machines provided, with the latter allowing collection of pre-paid tickets. A fast food outlet and patisserie on the concourse offer refreshment facilities. A waiting room and bench seating are provided at platform level, with the two floors connected by lifts and escalators (the platforms are therefore fully accessible for wheelchair users). Train running information is offered via CIS displays, automated announcements and timetable posters.

Since 2002 when the station was remodelled to accommodate Metro services the layout has been unique in Great Britain. The station has a large central island platform with each side split into four numbered platforms. Northern services call at Platforms 1 and 4 at the northern end, while Platforms 2 and 3 at the southern end are for Metro services.

Metro services run at a peak of five per hour in each direction calling at all stations. To the south, services run to South Hylton along the alignment of the Sunderland to Durham mainline that fell victim to the Beeching cutbacks in May 1964. The first station is Park Lane, which provides a direct interchange with the bus and coach station. The line opened on 31 March 2002.

Northbound, the first station is St Peter's which is a couple of hundred yards south of the long closed Monkwearmouth station that is now a museum.

The track is shared with mainline trains as far as Pelaw Metro Junction, just south of Pelaw Metro station. The former mainline stations at Brockley Whins, East Boldon, Seaburn are now served only by the Metro. In addition new stations at Fellgate, the Stadium of Light, and St Peter's were constructed.

On 12 December 2005 the Yellow and Green Lines of the Metro swapped routes between Pelaw and South Shields / Sunderland and South Hylton, meaning that there is a direct rail link between Sunderland and Newcastle Airport for the first time.

The current regional operator Northern provides an off-peak service of one train per hour, cut from a half-hourly service on 12 December 2005, between Sunderland and in both directions, with many trains also running to the shopping centre, , and .

The service to Newcastle station is now considered an express service, calling only at Heworth, which is also served by the Metro, but the lines are segregated at this point. The former stopping service (which called at Seaburn, East Boldon and Brockley Whins) is now provided only by the Metro.

There was a TransPennine Express service to Liverpool Lime Street linking Sunderland to Manchester Piccadilly, Leeds, York, Darlington and Durham. This service was operated by Northern Spirit and subsequently Arriva Trains Northern from 1998, but the change of franchise operator to First TransPennine Express in December 2004 has resulted in the end of these services as Newcastle is now the full-time terminus for the route.

It is possible that the Leamside line may be re-opened. This starts at the Pelaw Junction on the Sunderland to Newcastle line and runs through to the Tursdale junction just north of Ferryhill, County Durham. The Select Committee on Transport, Local Government and the Regions has expressed concern at the delays in determining the future of this line. The former Sunderland to Durham line joined this line approximately two miles west of the current Metro terminal at South Hylton, so any re-opening could also involve extension of the Metro.

The new Northern rail franchise agreement that started on 1 April 2016 includes plans to increase the frequency of services on the Middlesbrough - Sunderland - Newcastle route (and onwards to Carlisle) from the currently hourly frequency to every 30 minutes on weekdays from December 2017. Upgraded rolling stock will be used (the Pacer railbuses used on most trains are to be withdrawn by 2019), with some services running limited stop south of here.

The Tyne and Wear Metro uses overhead electrification at 1500 volts DC. This is incompatible with UK mainline electrification, which uses 25,000 volts AC. 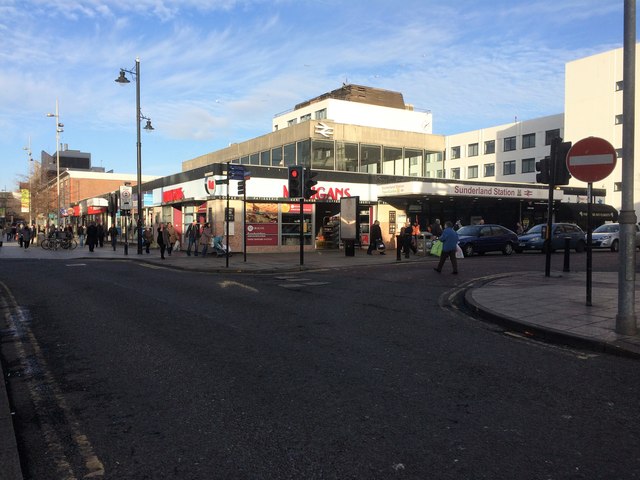 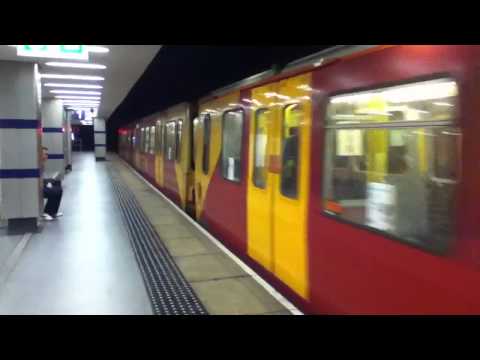 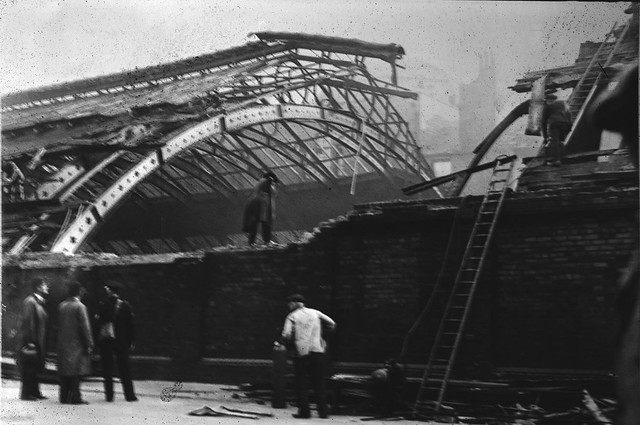 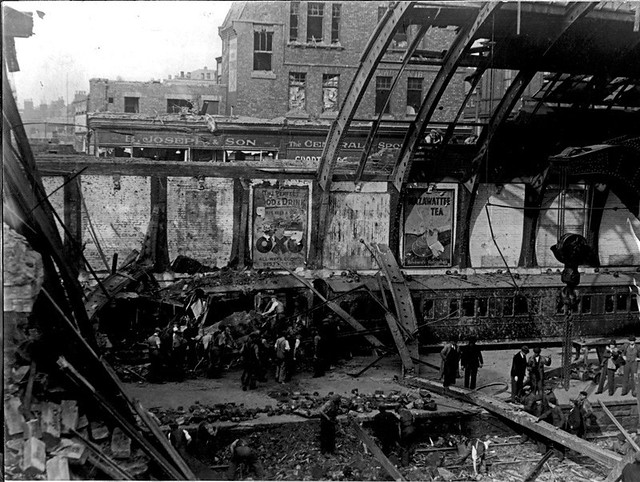 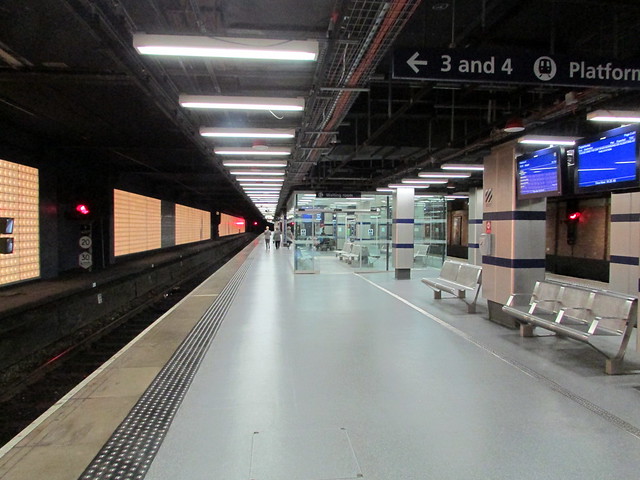 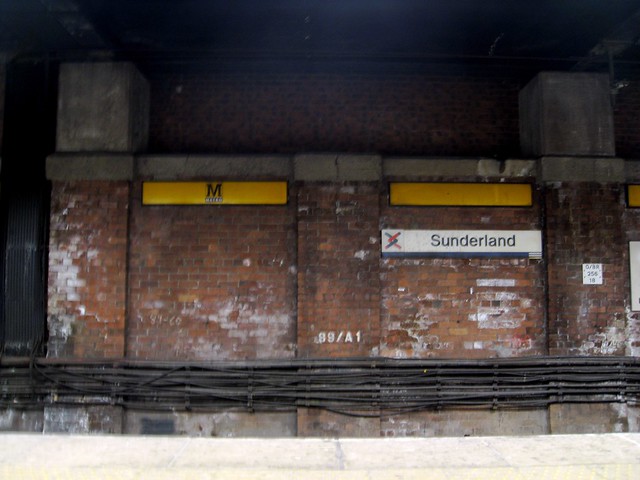 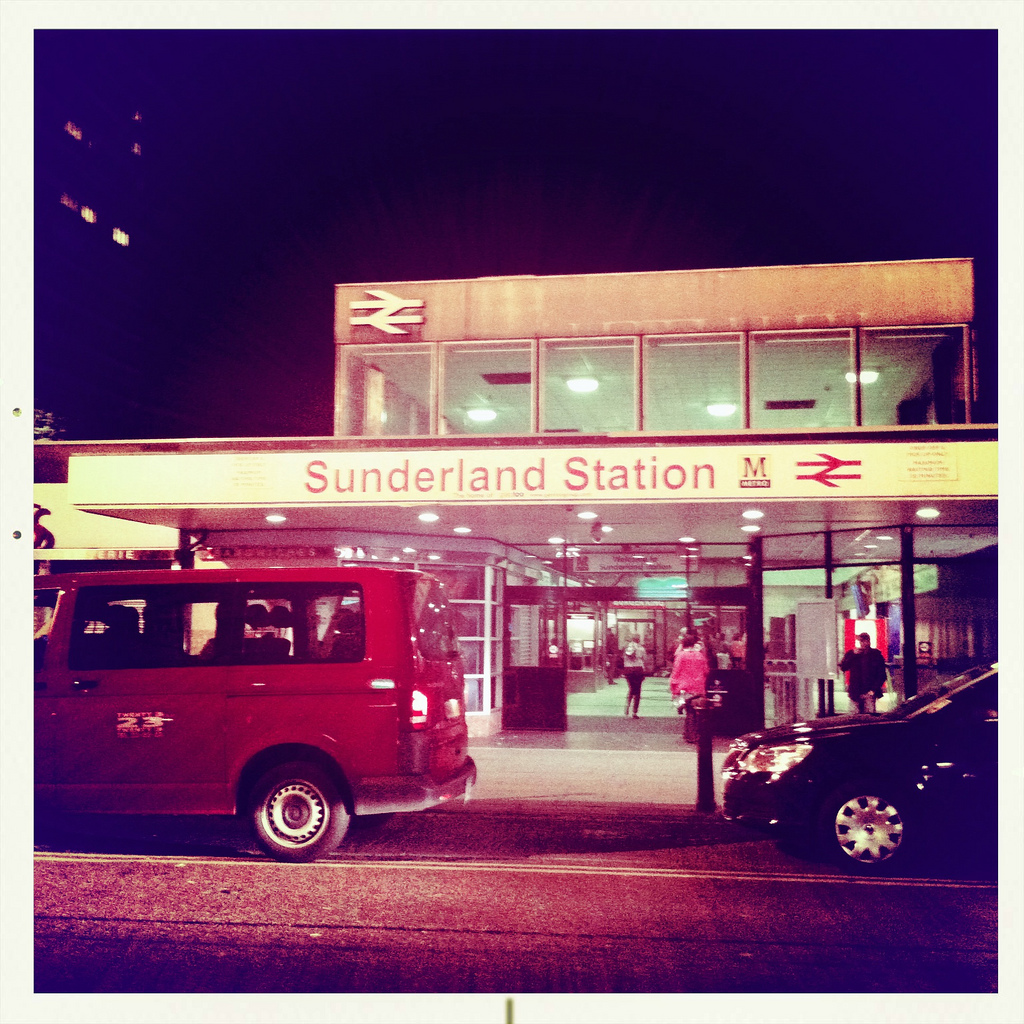 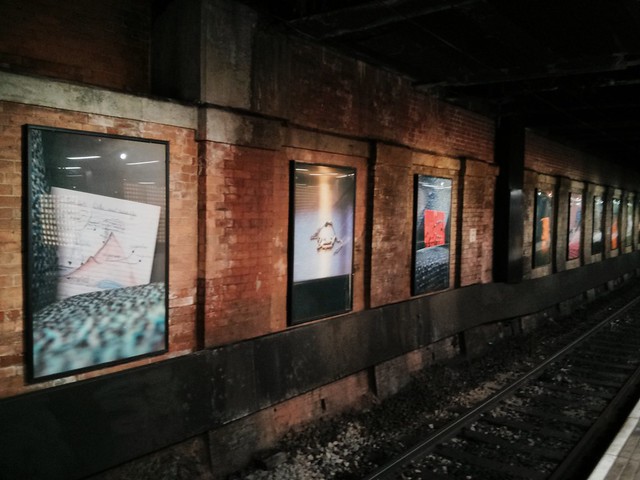