Park Lane Interchange is a busy transport interchange on the south-western fringe of the city centre of Sunderland, North East England. It offers Tyne and Wear Metro services, long distance coach services and also local bus services. It is on the site of the Park Lane Bus Station that was built in the 1930s, and a Go North East bus depot. The Metro station opened in 2002.

Park Lane is the busiest bus station in the United Kingdom outside of the capital. It replaced Sunderland's Central Bus Station (operated initially by Sunderland Corporation Transport and then Tyne and Wear PTE) and the original Park Lane Bus Station, operated by Go-Ahead Northern / Go North East.

An underground Tyne and Wear Metro station opened at the site on 28 April 2002 enabling metro travel within Sunderland and much of Tyne & Wear. The opening was a few weeks after the rest of the Sunderland extension, due to the late delivery of wall panels.

Congestion issues within the station led to Stagecoach in Sunderland withdrawing all of its services (apart from the early morning express service X1 to Doxford Park and the acquired contract service 39 when heading to Pennywell) from calling within the Interchange, switching to street concourses on nearby Green Terrace (now used at all times since implementation of a one way system, previously only used before 19:00), Vine Place and Holmeside.

Stagecoach in South Shields did run services E1,E2,E6 into Park Lane. However these were terminated on the 4th June 2017, to make way for more Go North East and Arriva services.

Park Lane's westbound platform is used for trains to South Hylton, while passengers for north Sunderland and Tyneside use the eastbound platform. The Metro station is one of three serving the City Centre, the others being University and Sunderland Central.

There are a number of amenities at Park Lane, including two newsagents, a Nexus Travelcentre, a Greggs Bakery, and public toilets. The Interchange also hosts a busy taxi rank, as well as National Express and Megabus coach services to London, Leeds, Liverpool, Sheffield, Birmingham and other destinations across the country. Along with others on the Sunderland extension, the Metro station has vitreous enamelled panels in a colour scheme

created by Morag Morrison. Each station uses a different arrangement of colours. 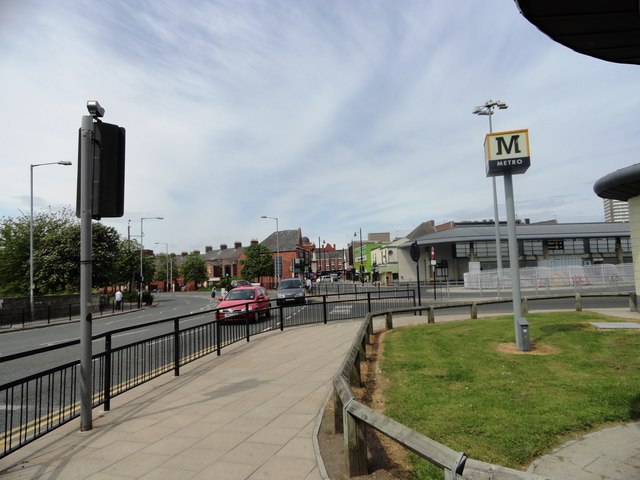 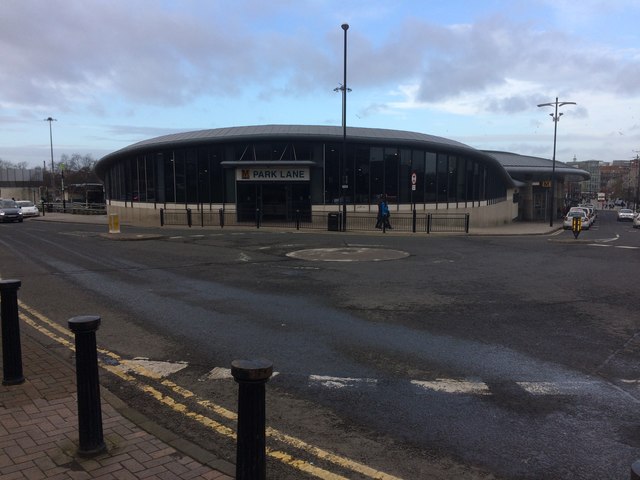