To the south-west of Houghton in Northumberland, by Broomy Hill, are the remains of an Iron Age defended settlement. The remains are not easily visible as most of the defensive ditch has become filled-in. This is a Scheduled Monument protected by law. "[the remains of ] a defended settlement of Iron Age date on gently sloping ground set a short distance back from a rocky ridge which commands extensive views across the valley of the River Tyne. The enclosure, oval in shape, measures 104m east to west by 74m north to south within a ditch varying between 7m to 8m wide and up to 1.3m deep. The ditch is infilled with silt for much of its circuit and is most prominent on the northern side. Within the ditch there are traces of an inner rampart of stone and earth which is best preserved at the western end where it is a maximum of 6m wide and 0.3m high. Outside of the ditch fragmentary remains of a counter-scarp bank are visible on all sides but the north, where it has been levelled by the construction of the road and is best preserved at the western end. There are opposing entrances through the east and the west sides of the enclosure, carried across the ditch on causeways 3.6m wide and 4.8m wide respectively." (National Heritage List for England) 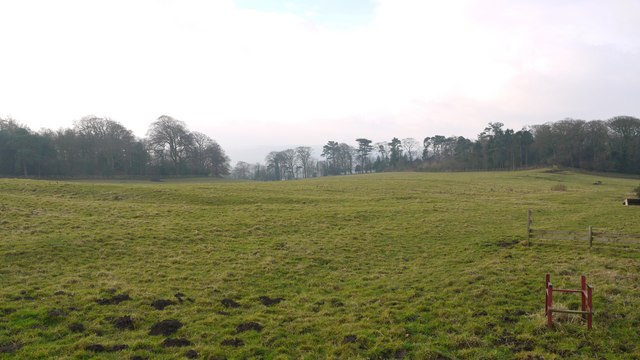 Prehistoric Settlement at Houghton (Heddon-on-the-Wall)
- "This is a defended settlement of Iron Age date sited on gently sloping ground. The oval enclosure is over 100m wide. The ditch has become filled-in along most of its ...

Prehistoric Settlement at Houghton (Heddon-on-the-Wall)
- "This is a defended settlement of Iron Age date sited on gently sloping ground. The oval enclosure is over 100m wide. The ditch has become filled-in along most of its ...