Shap is a linear village and civil parish located among fells and isolated dales in Eden district, Cumbria, England. The village lies along the A6 road and the West Coast Main Line, and is near to the M6 motorway. It is situated from Penrith and about from Kendal, in the historic county of Westmorland.

Early (12th- and 13th-century) forms such as Hep and Yheppe point to an Old Norse rendering Hjáp of an Old English original Hēap = "heap", (of stones), perhaps referring to an ancient stone circle, cairn, or to the Shap Stone Avenue just to the west of the village.

The village has three pubs, a small supermarket, a fish and chip shop, an antique book shop, a butcher's shop, a primary school, a newsagent's, a coffee shop, a ceramic art studio called Edge Ceramics, a fire station, a shoe shop (New Balance factory shop) an Anglican church and 3 B&B/ Hostels. There is also a small library, this is in the process of being relinquished from local council control and being adopted by the community as part of a budget cutting measure.

Major employers in the area are Hanson and Tata Steel.

Although Shap is geographically a small village, it is legally a market town with a charter dating from the 17th century. The parish was, between 1905 and 1935, administered by an urban district council. At one time, the granite works (which are situated about a mile outside the village) was in itself a separate community, with its own Co-op. Shap polished pink granite can be found in many buildings in the UK, including outside St Paul’s Cathedral in London.

The civil parish of Shap (formerly Shap Urban Parish) includes the hamlet of Keld and parts of the granite works and limestone works, and has a population of 1,221, increasing to 1,264 at the 2011 Census. The parish shares a joint parish council and an electoral ward with Shap Rural. The total population of the electoral ward taken at the 2011 census was 1,394.

Shap is on the route of the Coast to Coast Walk. There are a few places to stop on this long walk once arriving in Shap. Shap Wells Hotel, The New Ing Lodge, the Hermitage, Brookfield House, Green Farm (camping) and the King's Arms and Greyhound pubs.

Some of the scenes in the feature film Withnail and I were filmed around Shap. Sleddale Hall, the filming location for Uncle Monty's cottage Crow Crag, is located near Wet Sleddale Reservoir.

On 22 October 1999, a Hawk jet from RAF Leeming crashed into an empty barn in the village before disintegrating across the A6 and West Coast railway line, killing its two-man crew.

The Lancaster and Carlisle Railway (now part of the West Coast Main Line), opened on 17 December 1846, and runs along the eastern edge of the village. Shap railway station was closed in 1968, though there have been calls for its re-opening. Penrith is the closest railway station and is situated on the West Coast Main Line. The local bus service to Penrith has recently been cut, making Shap more car dependent than it had been previously. The village sits on the A6 main road and, until the building of the M6, all main west coast road traffic ran through the village. Shap has easy access to the M6.

Shap Summit is located on the motorway at and the railway at .

Shap Fell used to be notorious for the difficult and dangerous stretch of A6 for drivers, and it includes a well-known section of the West Coast Main Line. It has a 1:75 gradient for trains heading north, and in the days of steam locomotives banking engines from Tebay were often used to assist trains. It has been popular with railway photographers and there have been many pictures published taken in the area, most notably at Scout Green which lies on the southern approach to the hill.

Shap Fell is known for Shap granite that is a pink rock rich in orthoclase, quartz and biotite; Shap Pink Quarry takes its name from this.

Shap Abbey is nearby in the secluded valley of the river Lowther. Impressive ruins dating from 1199. The Abbey was one of the last to be dissolved by Henry VIII in 1540.

Shap Wells has a mineral spa located in the grounds of the Shap Wells hotel which was used in World War II as a prisoner of war camp.

A scene in Robert Neil's historical novel "Crown and Mitre" is laid in Shap. In 1659 the book's protagonist, a young Royalist, rides through the village on a clandestine mission connected with the restoration of King Charles II. 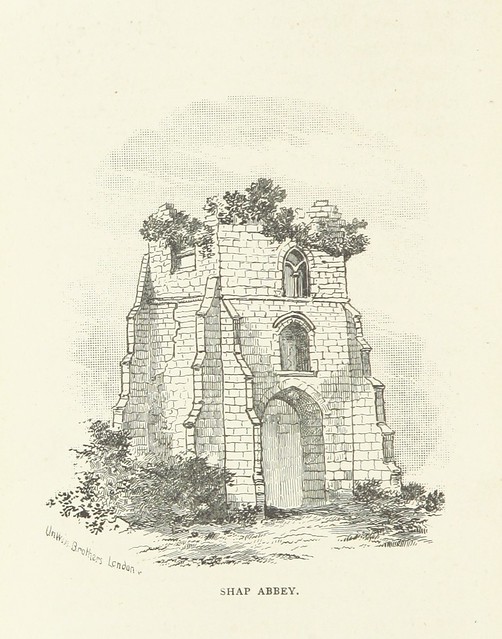 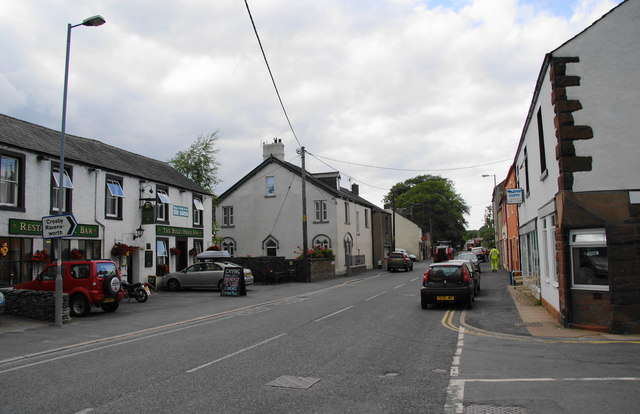 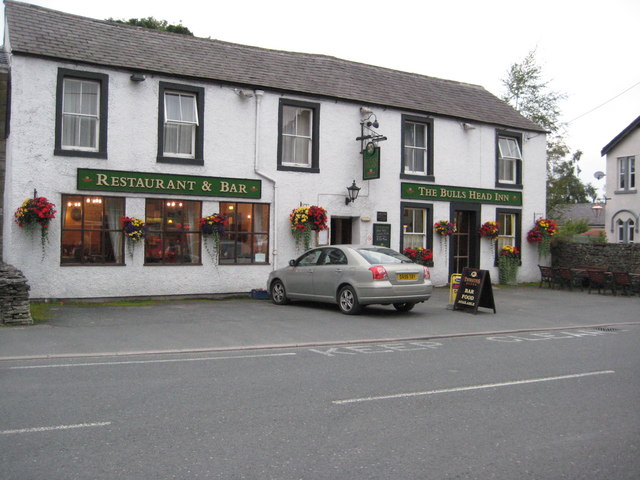 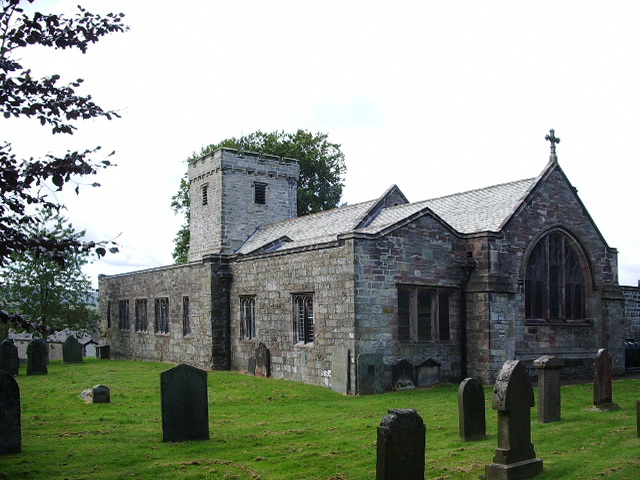 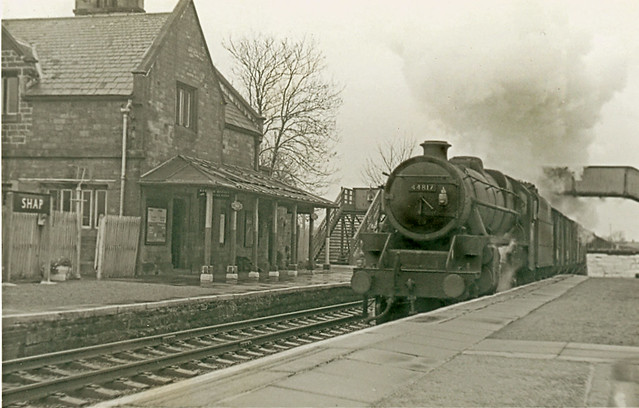 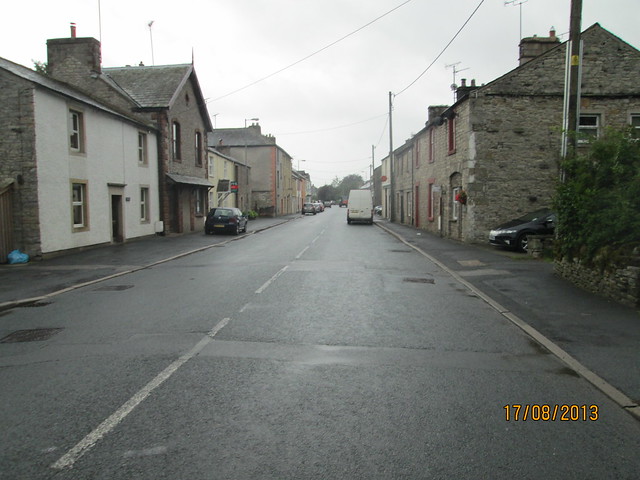 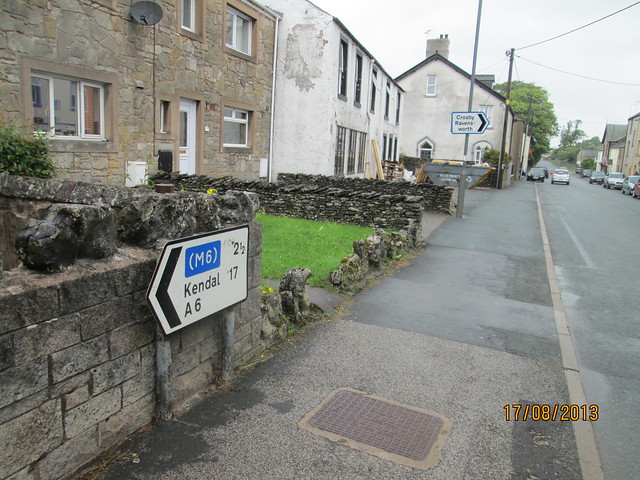 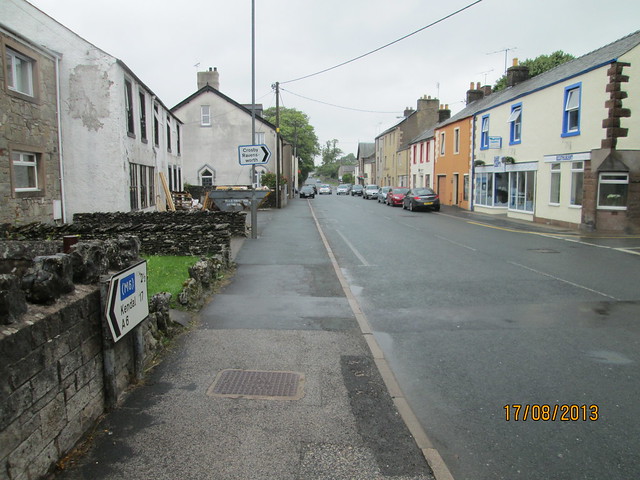 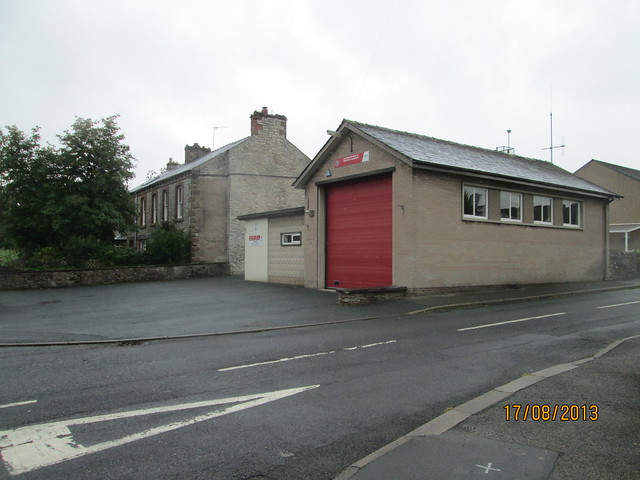 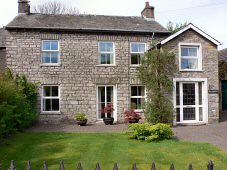 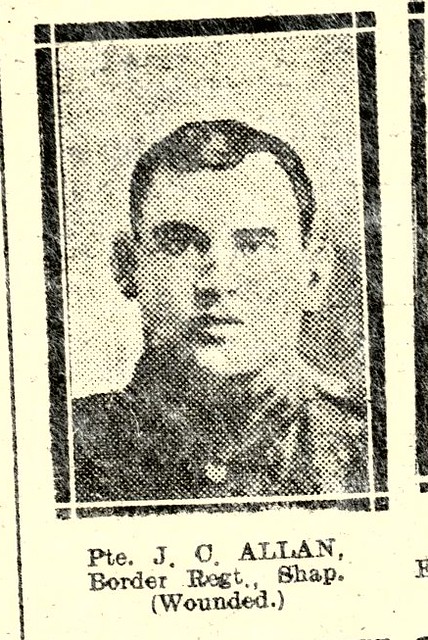 Milepost near A6 turn to Sleddale