Sewingshields is a hamlet, located by Hadrian's Wall, about 4 miles north of Haydon Bridge in Northumberland. It was common for stone from the Roman wall to be re-used for building, as was the case with Sewingshields Farm, when it was constructed in the early 19th century (a Grade II listed building). A section of Hadrian's Wall runs along Sewingshields Crags, including Milecastle 35 and Turret 35A (sometimes referred to as 'Grindon Turret'). 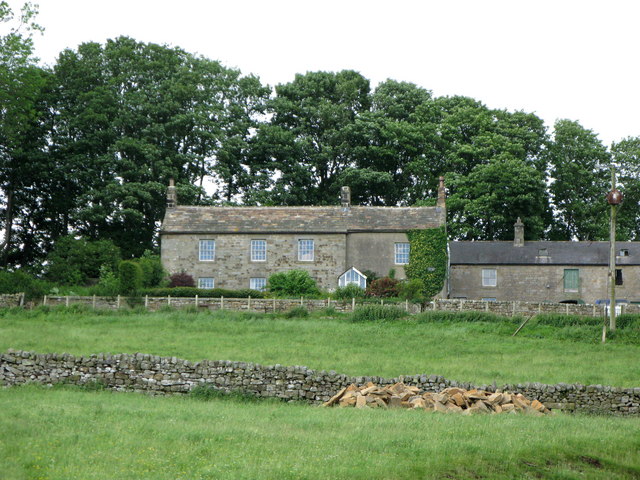 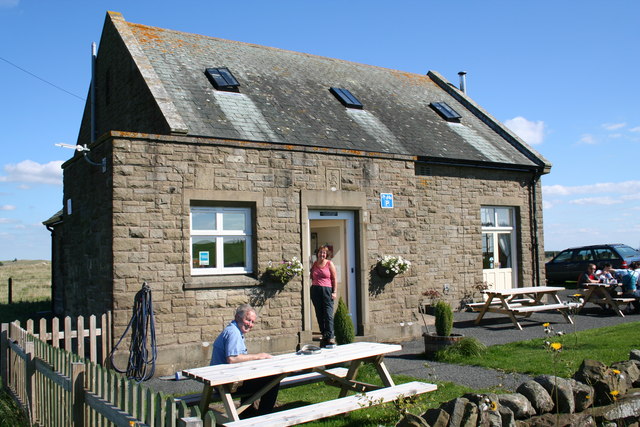 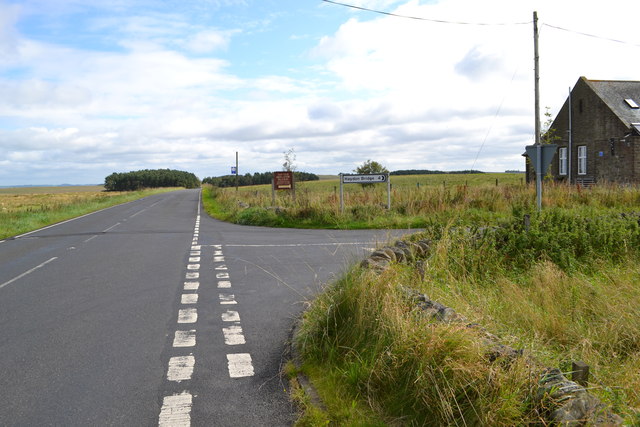 Road junction at The Old Repeater Station (B6138) 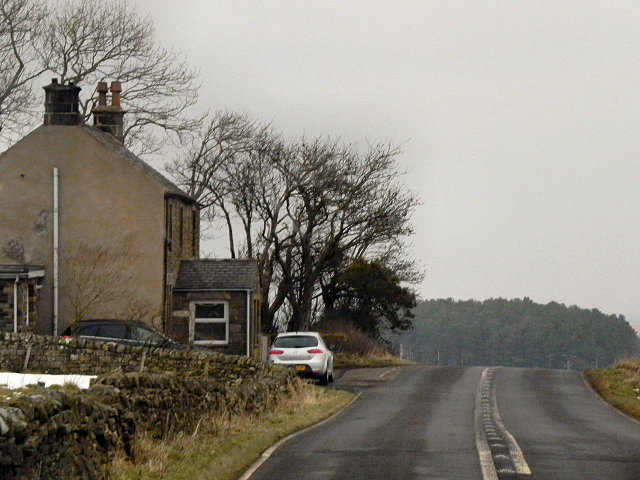 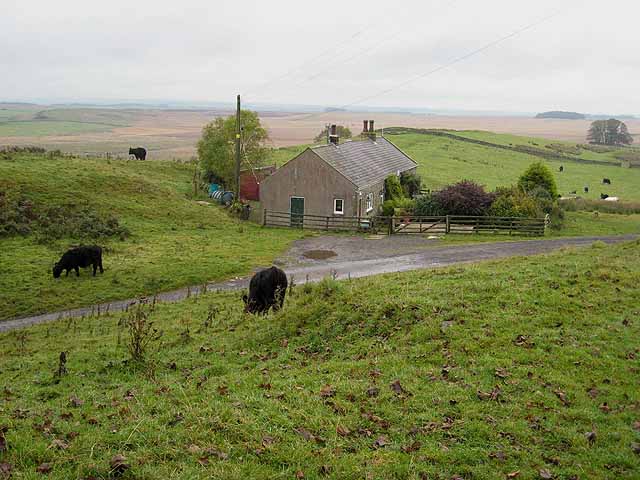 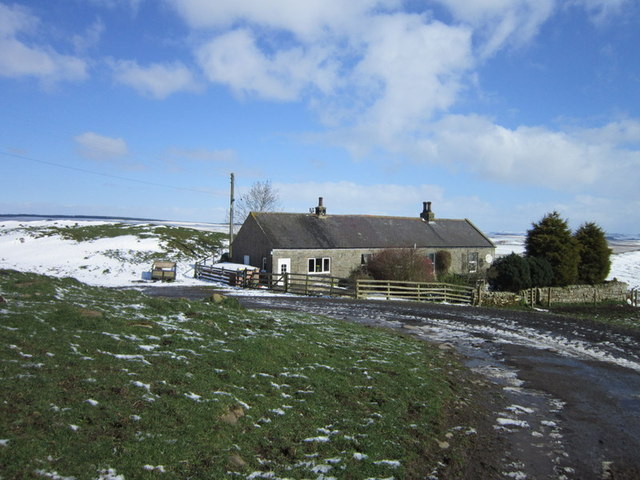 The cottage east of Sewingshields Wood 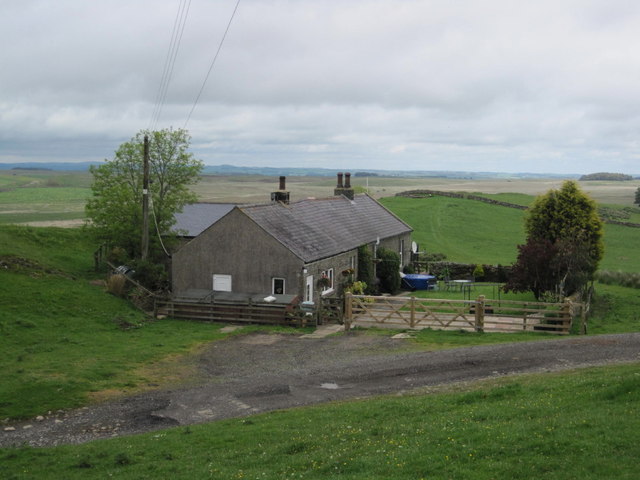 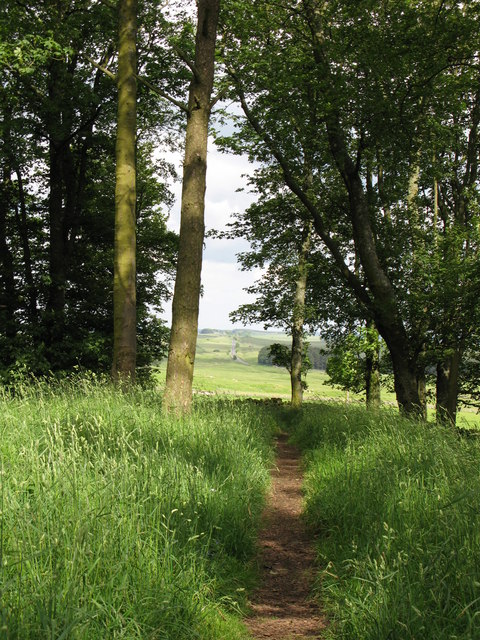 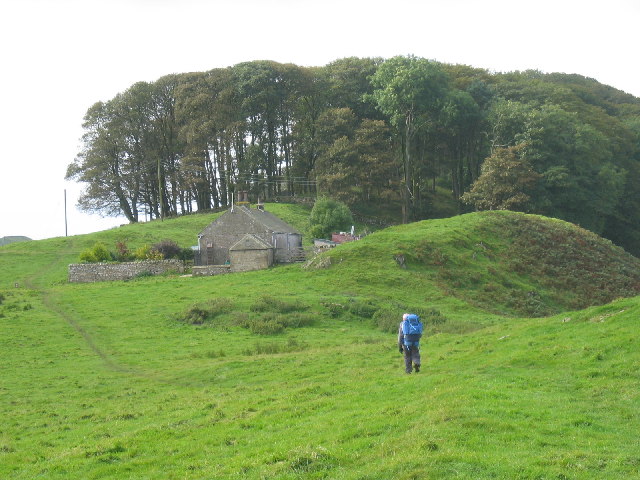 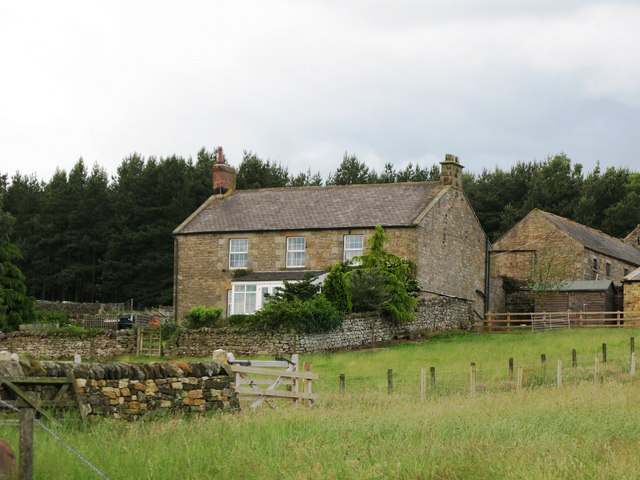 Road junction at The Old Repeater Station (B6138)

The cottage east of Sewingshields Wood