Chorographia: Or A Survey Of Newcastle Upon Tyne, William Gray, 1649

"Sandhill, a Market for fish, and other commodities; very convenient for Merchant Adventurers, Merchants of Coales, and all those that have their living by shipping. There is a navigable River, and a long Key or Wharfe, where ships may lye safe from danger of stormes, and may unlode their commodities and wares upon the Key. In it is two Cranes for heavy commodities, very convenient for carrying of corn, wine, deales, etc. from the Key into the Water-Gates, which is along the Key side, or into any quarter of the Town.

In this Market place is many shops and stately houses for Merchants, with great conveniences of wa∣ter, bridge, garners, losts, cellars and houses of both sides of them. Westward they have a street called the Close. East, the benefit of the houses of the Key side.

In this Sandhill standeth the Town-Court, or Guild-Hall, where is held the Guilds every yeare by the Major and Burgesses, to offer up their grievances; where the Major keepeth his Court every Munday, and the Sheriffe hath his County-Court upon Wednesday and Fryday. In it is kept a Court of Admiralty, or River Court, every Munday in the afternoon. This is a Court of Record for inroling of deeds and evidences.

There is a Court of Pye-powder, during the said two Faires, Lammas and Saint Luke; All the priviledges and power that a Court-Leet can have, is granted to this Court. Under the Town-Court is a common Weigh-house for all sorts of commodities. King Henry the sixth sent to this Town, as to other Cities and Towns, brasse weights according to the standard. Neer this is the Town-house, where the Clarke of the Chamber and Chamberlains are to receive the reve∣nues of the Town for coale, ballist, salt, grindstones, etc.

Next adjoyning is an Almes-house, called the Mason de Dien, builded by that noble benefactor Roger de Thorneton.

Above which is the stately Court of the Merchant Adventurers, of the old Staple, resident at that flourish∣ing City of Antwarpe in Brabant; since removed to the more Northern Provinees under the States. Their Charters are ancient, their priviledges and immunities great; they have no dependance upon London, having a Governour, twelve Assistants, two Wardens, and a Secretary.

There is an old Chappell upon the Brid.

Next West is a street called the Close, where are many stately houses of Merchants and others. The Earle of Northumberland had his house in this street.

Neer the Sandhill East, is Allliallows Banck, or Butehers Banck, (where most Butchers dwell) the way to Allhallows Church: the South side of which is many Chaires or Lanes that goeth down to the Key side." 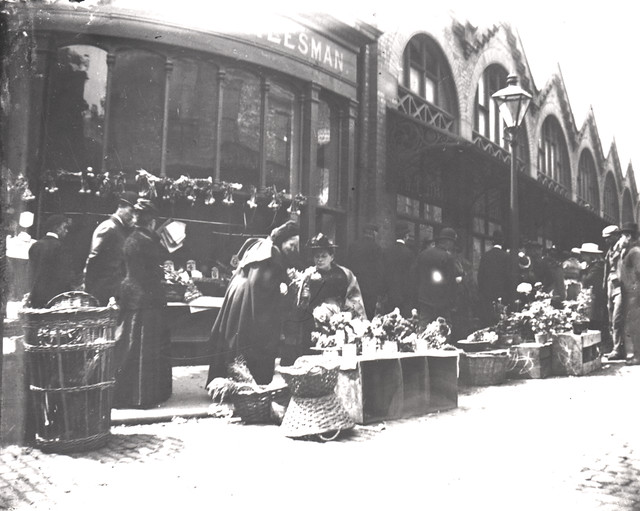 History of Markets in Newcastle
- "...When King John made Newcastle upon Tyne a borough in 1216, there were already markets thriving in the town. For the most part these markets were strung out along the ... 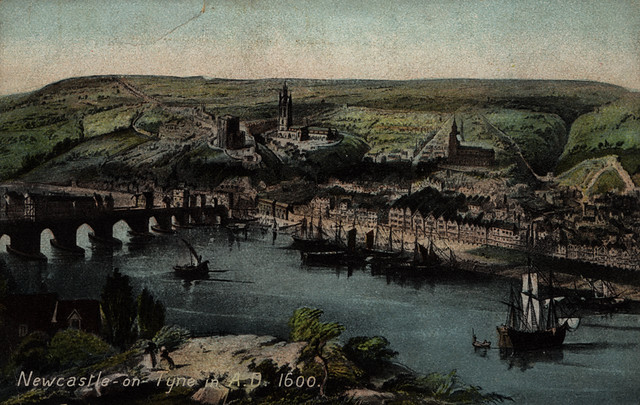 History of Markets in Newcastle
- "...When King John made Newcastle upon Tyne a borough in 1216, there were already markets thriving in the town. For the most part these markets were strung out along the ...

History of Markets in Newcastle