Rydal Hall is located in Rydal, near the south end of Rydal Water in Cumbria. The core or the building dates from the 16th century. The estate was owned by the Fleming family from that time. The Fleming family remained in ownership of the Hall until 1970 when the house and gardens were purchased by the Diocese of Carlisle for uses as a retreat, conference and youth centre.[1] Rydal Hall is Grade II* listed on the National Heritage List for England.

Rydal Hall is a large detached house on the outskirts of the village of Rydal, Cumbria, in the English Lake District. It has an early nineteenth-century front facade, but includes some earlier fabric.

The hall is Grade II* listed on the National Heritage List for England and its gardens are listed Grade II* on the Register of Historic Parks and Gardens.

The house was built as the country seat of the Le Fleming baronets, and was sold with its gardens to the Diocese of Carlisle in 1970. The estate remained in the ownership of the Le Fleming family as of 1997. The house plays host to retreats, conferences and courses, and holiday accommodation. There is also the Old School Room Tea Shop, located on the "Coffin Route" footpath, which leads to Grasmere.

The gardens are open to the public. In the mid-17th century, Sir Daniel Fleming (1633–1701) developed the landscape as an early Picturesque garden incorporating Rydal Beck and its natural waterfalls. 'The Grot' (a summerhouse designed for viewing a waterfall) became a major attraction for a succession of visiting artists and writers in the 18th and 19th century.

The formal gardens in front of the house were designed in 1909 by the garden designer and landscape architect Thomas Hayton Mawson (1861–1933). Mawson's Italiate terraces are listed Grade II*. These formal gardens were restored in 2005-7 by Tom Attwood. A community vegetable garden was created at the same time.

The gardens and Wordsworth

"The Grot" at Rydal Falls is described in William Wordsworth's early poem, "An Evening Walk", published in 1793.

The poet moved to Rydal Mount, near Rydal Hall, in 1813 and it remained his home to his death in 1850. Towards the end of the poet's life his nephew Christopher Wordsworth went with him to "The Grot". The following is a description of their walk together from Rydal Mount.

Rydal Hall participates annually in "Wordsworth's Daffodil Legacy", an initiative of the National Gardens Scheme, as does the National Trust property Dora's Field. This is a special opening to raise monies for charity: normally visitors are invited to make a donation to the upkeep of the gardens. 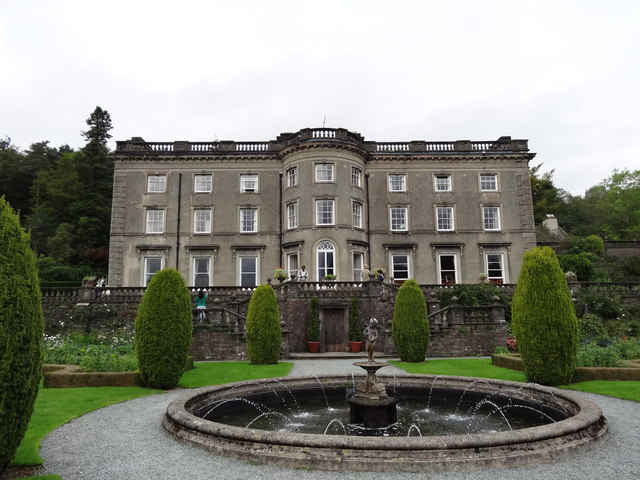 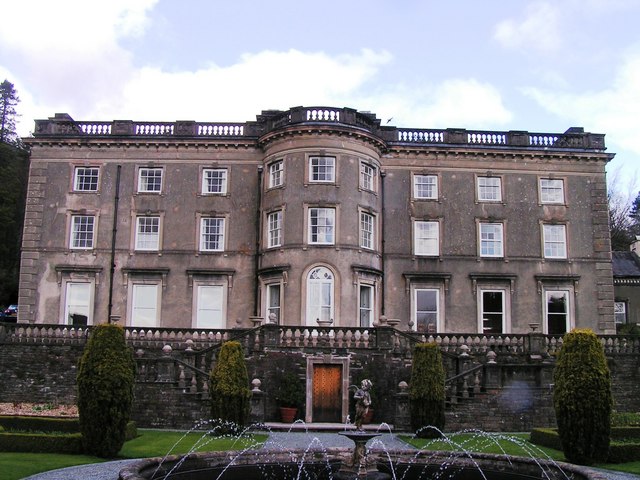 Rydal Hall from its Garden 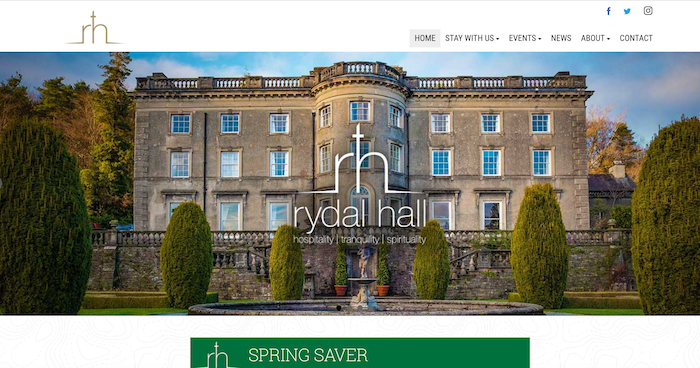 Rydal Hall
- Official Website of Rydal Hall. "Providing Christian hospitality to everyone regardless of their faith since 1963. Set in over thirty acres of garden, woodland and natural beauty in the Lake ... 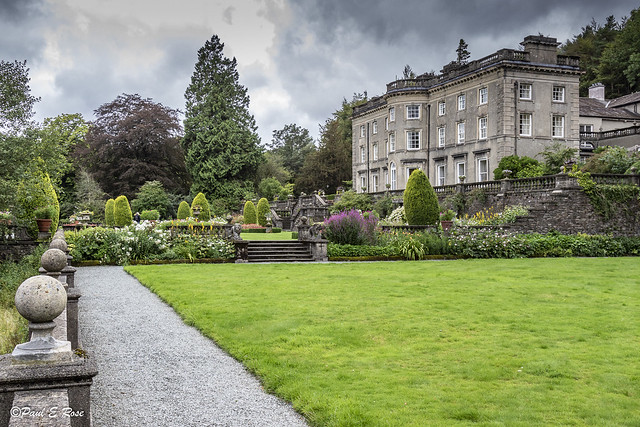 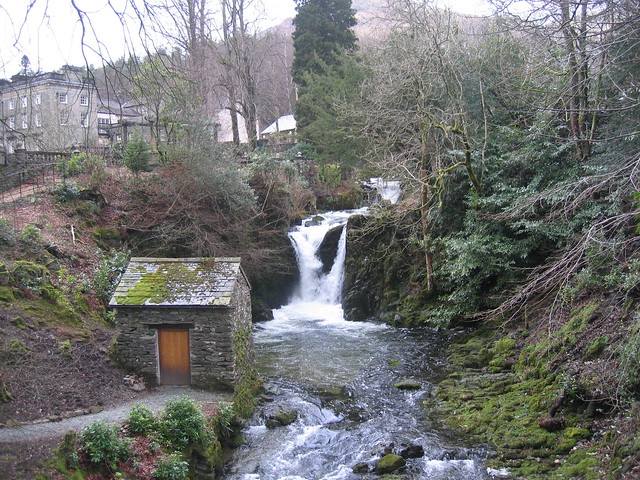 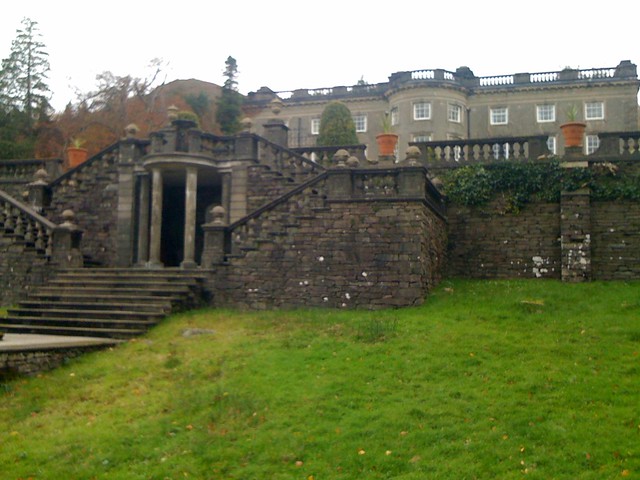 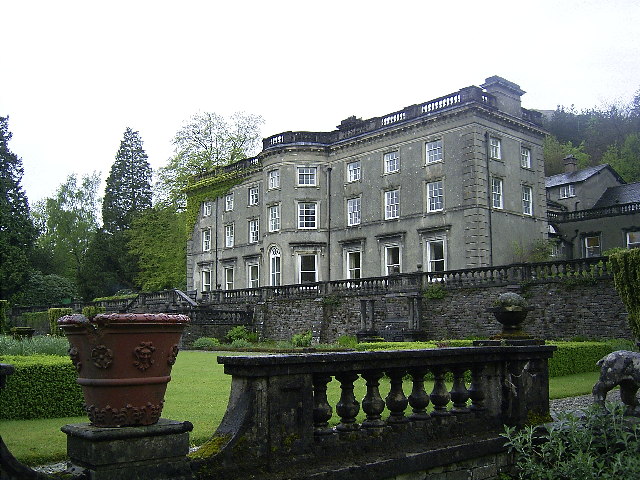 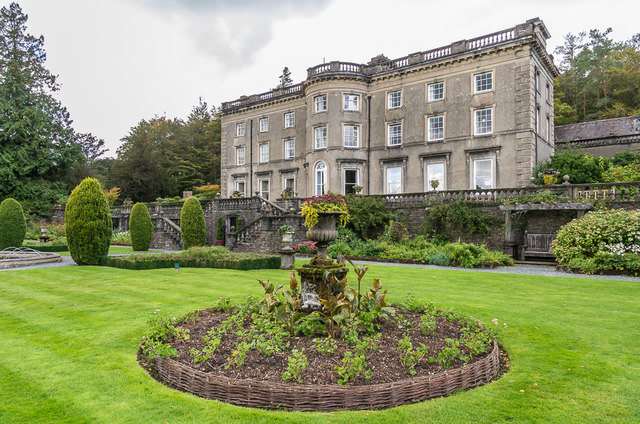 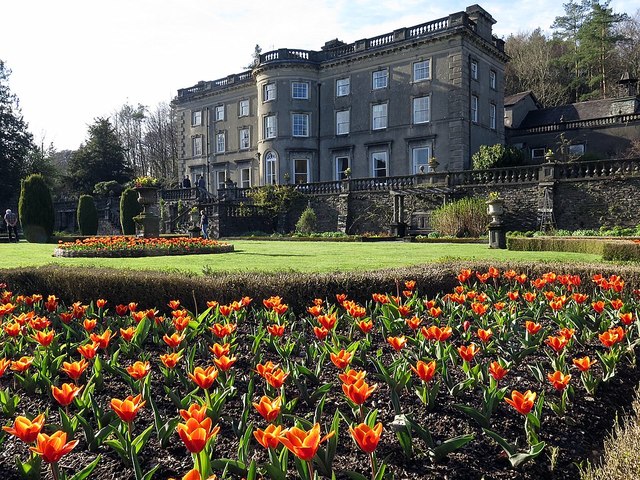 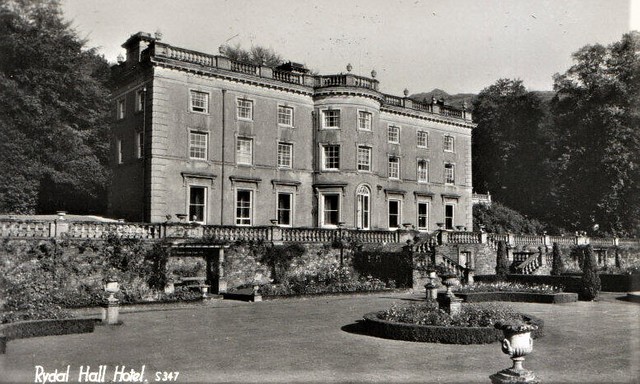 Rydal Hall from its Garden

Rydal Hall
- Official Website of Rydal Hall. "Providing Christian hospitality to everyone regardless of their faith since 1963. Set in over thirty acres of garden, woodland and natural beauty in the Lake ...