Plaque at centre of Coldstream bridge 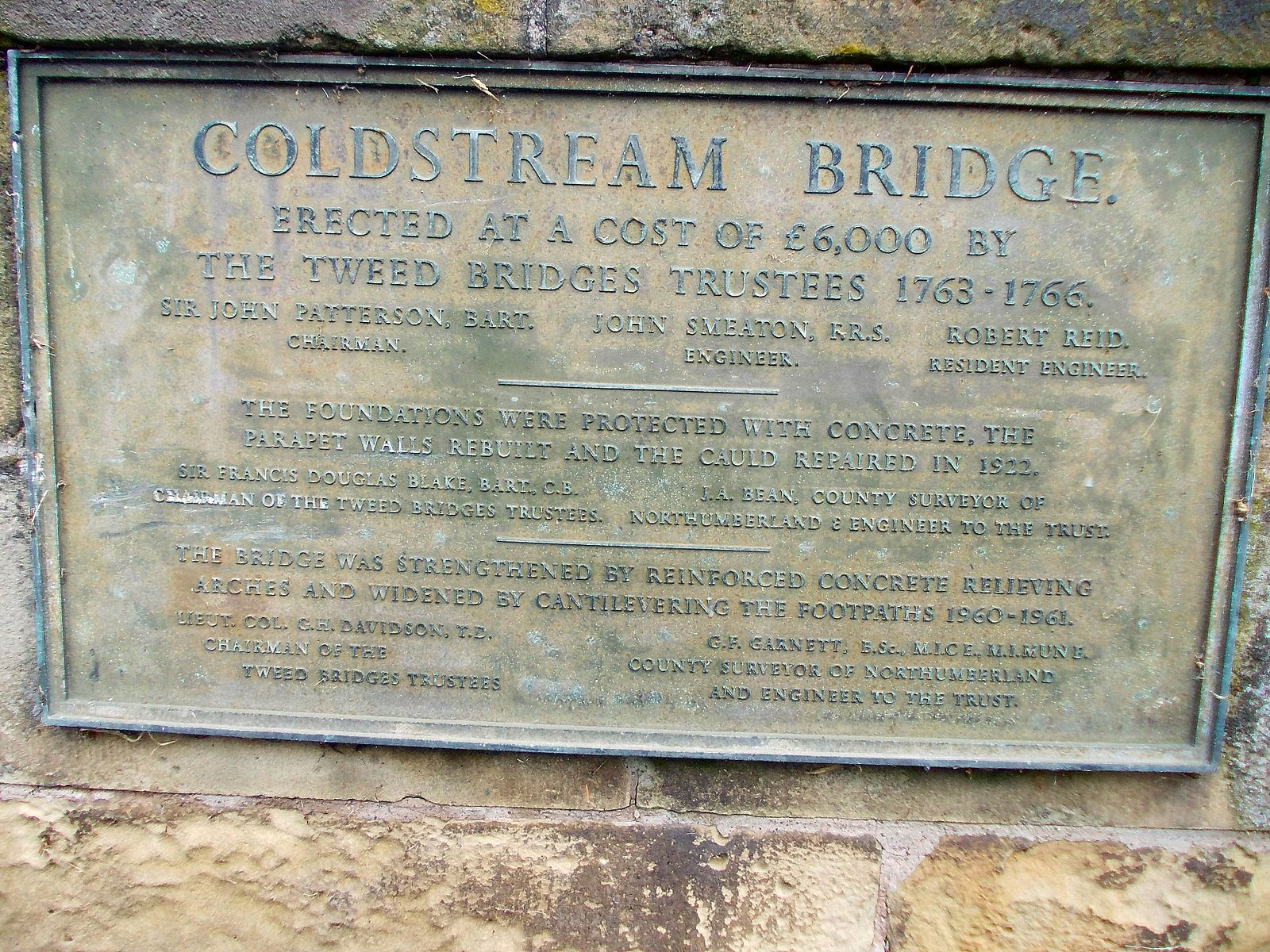