Ovington is a village in County Durham, situated by the River Tees, just over 4 miles south-east of Barnard Castle. Historically, Ovington was part of the North Riding of Yorkshire.

OVINGTON, a township, in the parish of Forcett, union of Teesdale, wapentake of Gilling-West, N. riding of York, 6 miles (E. by S.) from Barnard-Castle; containing 159 inhabitants. It is situated on the border of the river Tees, and intersected by the road from Darlington to Greta-Bridge; and comprises 492a. 28p., of which 186 acres are arable, 287 pasture, and 18 woodland. The soil is rather thin, resting upon clay, but favourable to the production of all kinds of crops; the scenery, which embraces the banks of the Tees, is varied and beautiful. There is a brewery, and malting is carried on to a great extent. The tithes have been commuted for £23 payable to the vicar of Gilling, and £30 to Sir Thomas Aston Clifford Constable, Bart. The Protestant inhabitants attend Wycliffe church, distant a mile, as do the Roman Catholic portion a place of worship at Wycliffe Hall. In the village is a noted May-pole, twenty-one yards high.

Ovington is a hamlet on the south bank of the River Tees in the North East of England, situated close to Barnard Castle. Lying within the historic boundaries of the North Riding of Yorkshire, the hamlet along with the rest of the former Startforth Rural District has been administered with County Durham since 1 April 1974, under the provisions of the Local Government Act 1972.

Home to the famous Ovington maypole, the tree for the maypole was felled and then erected by George Kidson MM, a former resident of the village who lived there for 83 years. All the daffodils that spring every year are also thanks to George Kidson who planted all them around the small village. The maypole was recently replaced with a new maypole donated by Wycliffe Hall. The new maypole stands tall in the centre of the green and two large chunks of the former maypole have been made into benches on either side of the green.

The Maypole was snapped off at ground level by storm force winds on Monday 9 November 2015. It is hoped to replace it with a similar sized pole as soon as one can be sourced and the relevant legalities and paperwork completed. 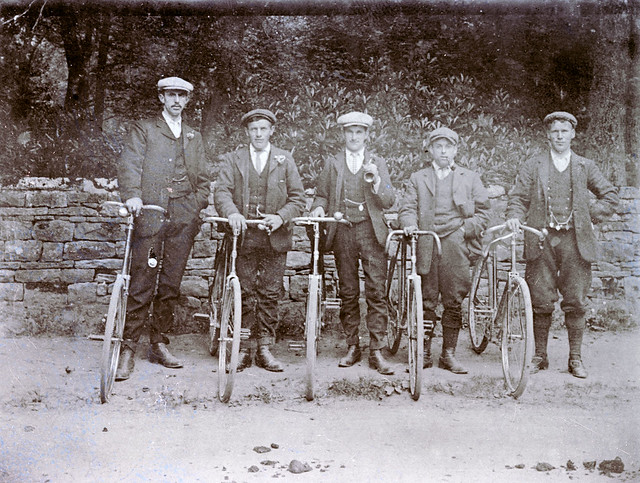 5 men from Ovington with bicycles 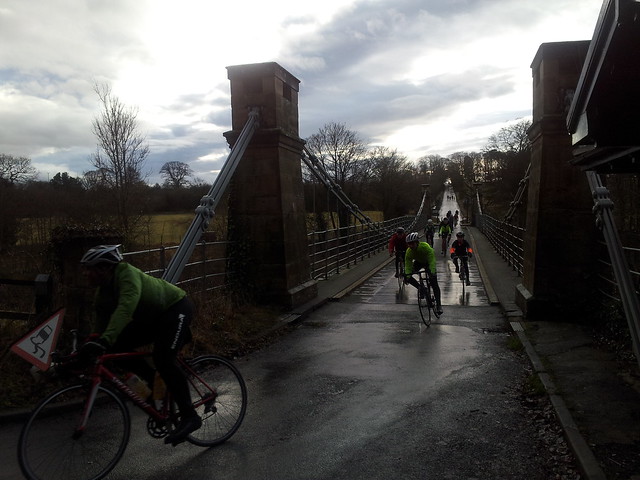 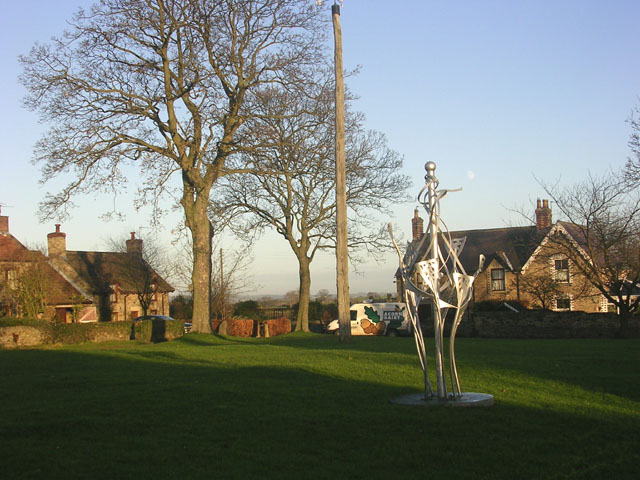 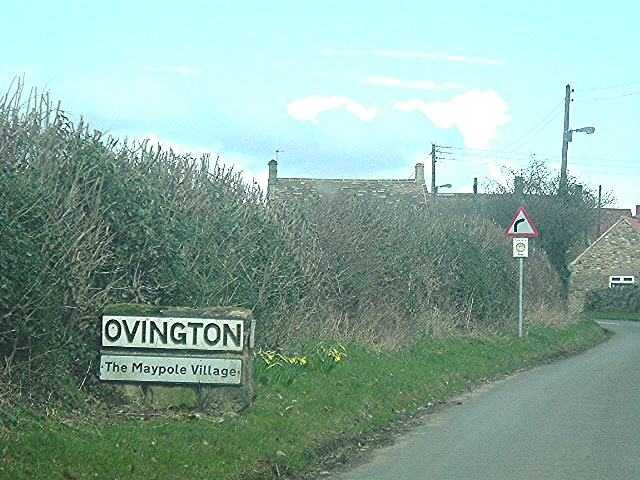 Entry into Ovington from the south 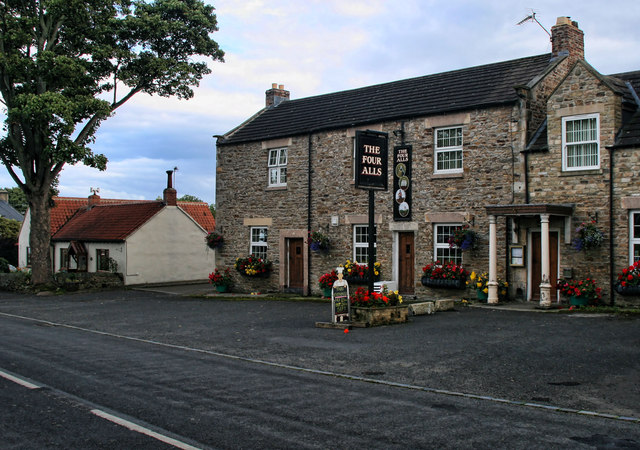 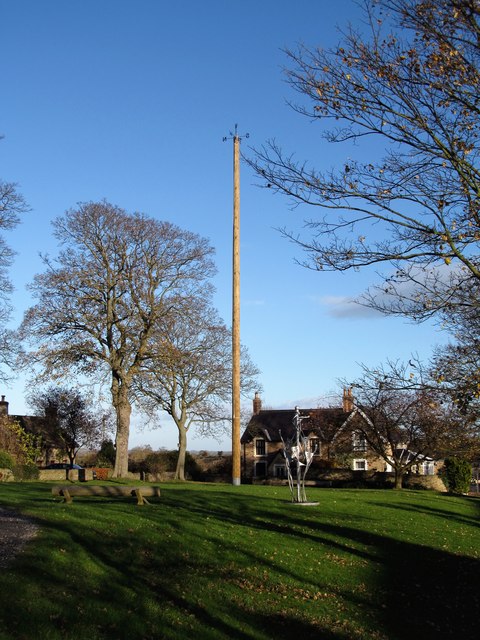 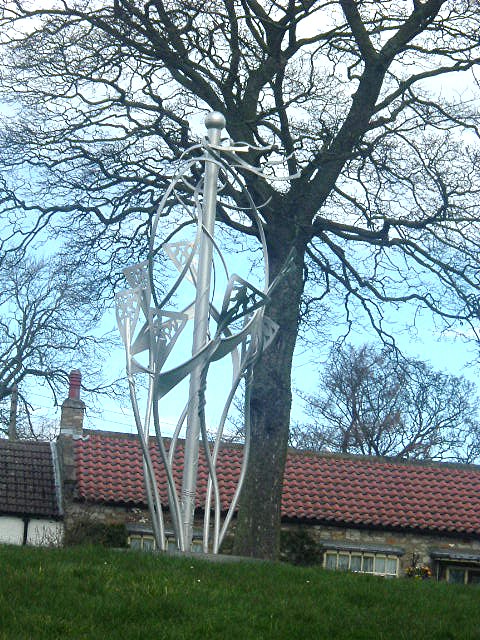 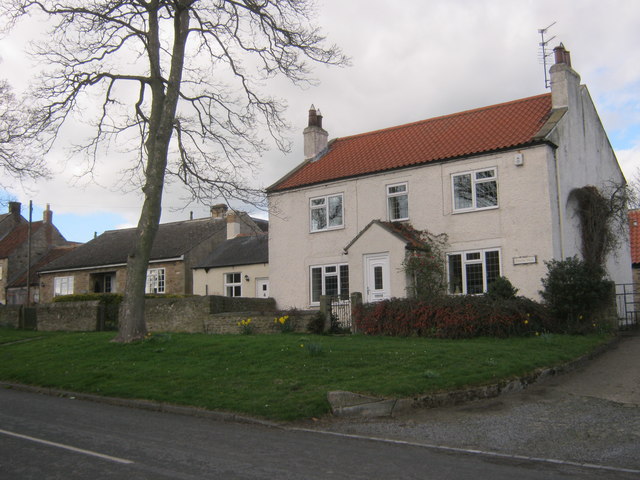 5 men from Ovington with bicycles

Entry into Ovington from the south