This old milestone in Bothel was originally erected in the early 19th century for the Carlisle Cockermouth Turnpike Trust. The Carlisle-Cockermouth toll road (later the old A595) is notable for its milestones; 19 of which remain and are said to be the longest series of milestones in Cumbria. The milestone is Grade II listed on the National Heritage List for England. Milestone Society National ID: CU_CLCM18.[1] 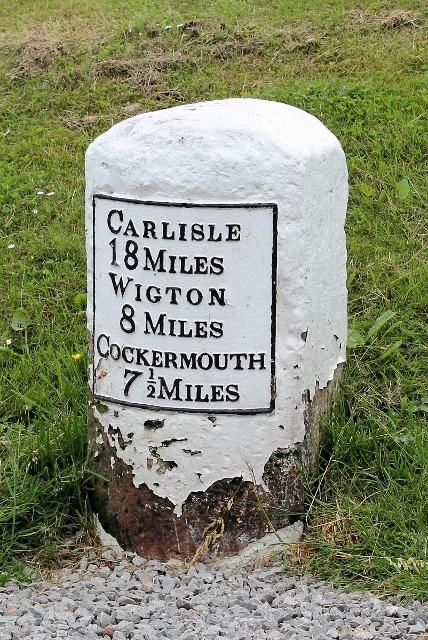 Old Milestone by the former A595 in Bothel

Old Milestone by the former A595 in Bothel

Historic Buildings and Monuments in Bothel and Threapland