NEWTON, a township, in the parish of Embleton, union of Alnwick, S. division of Bambrough ward, N. division of Northumberland, 10 miles (N.N.E.) from Alnwick; containing 488 inhabitants. The township is bounded on the east by the sea, and comprises about 1170 acres, of which 400 are pasture, and the remainder land well suited to the cultivation of wheat. There is abundance of coal and limestone; but the former, which is chiefly wrought on the lands of John Potts, Esq., of Benton Park, is of inferior quality, containing much sulphuret of iron and many other impurities. The beds of limestone in connexion with the coal strata abound with fossil shells, and one of them, much thicker than the rest, from the great number of cockle-shells found in it, is by the miners called the cockle-shell bed. Newton House, with 350 acres, is the property of Gordon Joseph Forster, Esq. At SeaHouses, in the township, a preventive station is maintained; the inhabitants are chiefly employed in taking turbot, lobsters, herrings, and other kinds of fish. 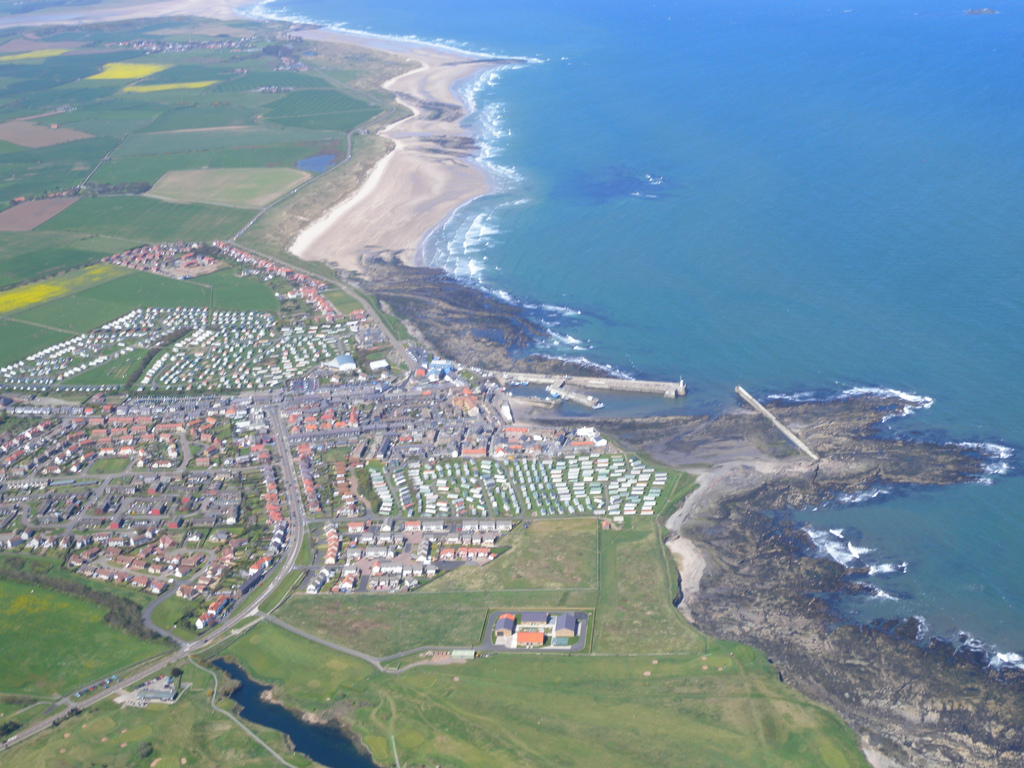 High Newton by the Sea

Low Newton by the Sea