Milecastle 42 (Cawfields) is a milecastle on Hadrian's Wall .

Milecastle 42 is situated on a steep south-facing slope, 10 metres south of Cawfield Crags, and looks over Hole Gap to the west. It is on a well-preserved section of Hadrian's Wall. It measures 17.8 metres east–west by 14.4 metres north–south internally, with walls 2.8 metres thick and 1.4 metres high.

Each milecastle on Hadrian's Wall had two associated turret structures. These turrets were positioned approximately one-third and two-thirds of a Roman mile to the west of the Milecastle, and would probably have been manned by part of the milecastle's garrison. The turrets associated with Milecastle 42 are known as Turret 42A and Turret 42B.

Turret 42A (Burn Head) (grid reference NY713666) has not been located as its remains have been destroyed by quarrying.

Turret 42B (Great Chesters) (grid reference NY70846682) was located by exploratory excavation in 1912. The site is visible as a turf-covered platform 0.5 metres high.

Text from Wikipedia, available under the Creative Commons Attribution-ShareAlike License (accessed: 10/04/2018).
Visit the page: Milecastle 42 for references and further details. You can contribute to this article on Wikipedia.
Cawfields Wall and Milecastle 42 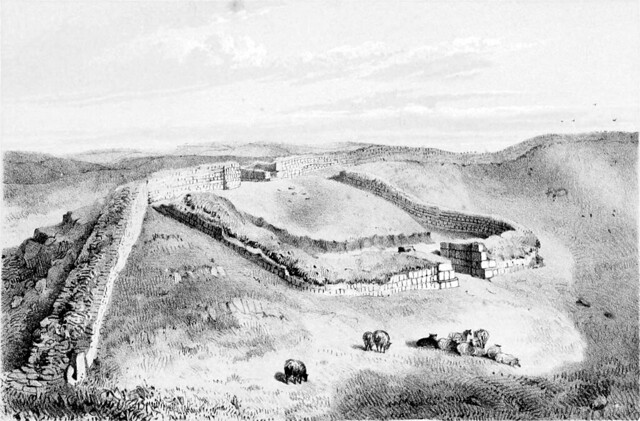 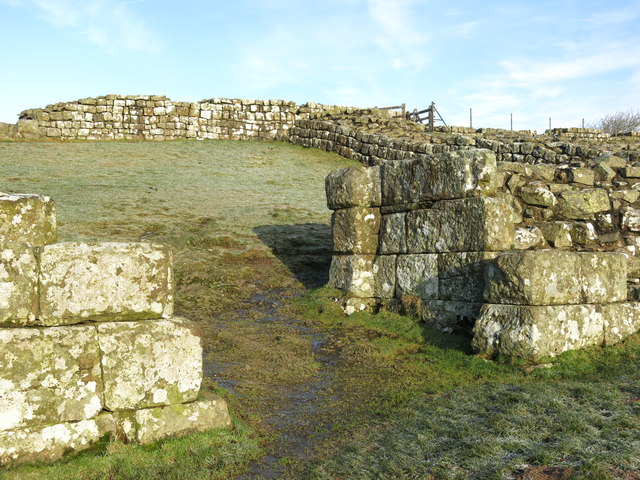 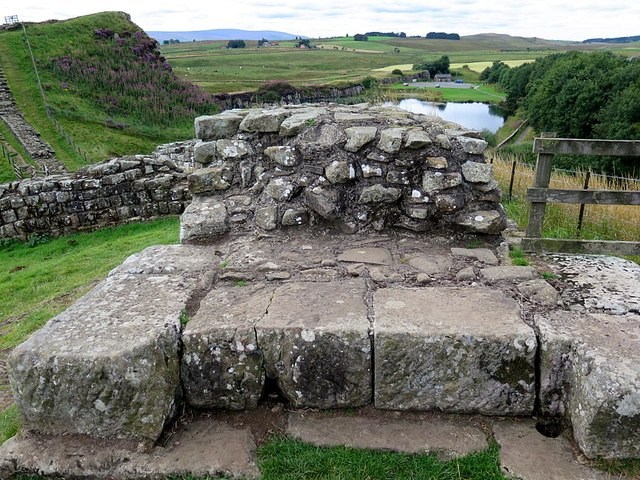 North gate of Milecastle 42 at Cawfields 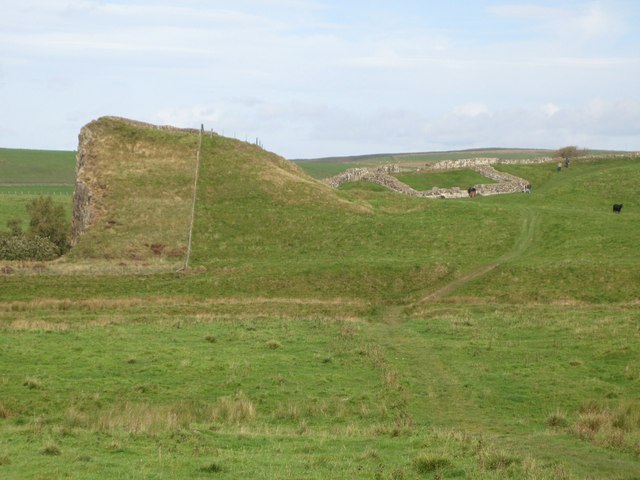 Milecastle 42 and the Vallum 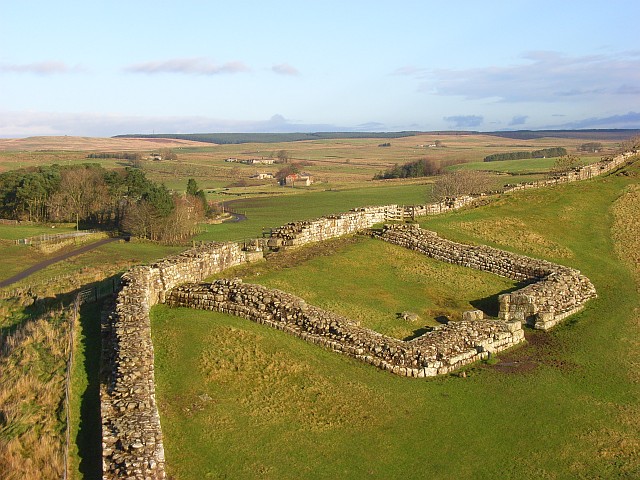 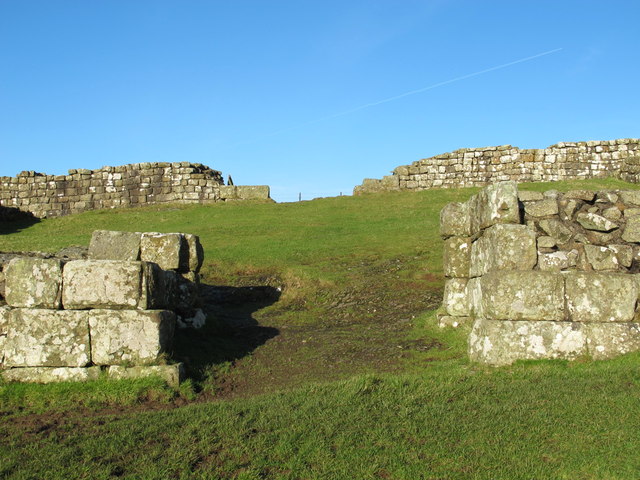 The southern gateway of Milecastle 42

North gate of Milecastle 42 at Cawfields

Milecastle 42 and the Vallum

The southern gateway of Milecastle 42