MILBURN, a chapelry, in the parish of KirkbyThore, East ward and union, county of Westmorland, 6 miles (N. by W.) from Appleby; containing 348 inhabitants, of whom 33 are in Milburn-Grange. It comprises 5,282 acres, of which 2,500 are common or waste. The neighbourhood abounds with limestone and red freestone; and many productive veins of lead-ore are worked. Near the Silvera Band lead-mine is a bed of the singular fossil called "fairy beads," and not far distant a long subterraneous passage formed by an opening in the limestone. The living is a perpetual curacy; net income, £85; patron, the Earl of Thanet. A rentcharge of £100 has been awarded as a commutation for the tithes. The chapel, dedicated to St. Cuthbert, was founded by William de Lancaster, about 1355. Many vestiges of encampments are visible. Howgill Castle, formerly the seat of the knightly families of Lancaster and Sandford, and which, with Grange Hall and Lownthwaite, belongs to the Earl of Thanet, lord of the manor, occupies a commanding situation, half a mile east of the village; some of its walls are 10½ feet thick. On the southern end of Dunfell are vestiges of a circular fort deeply moated, called Green Castle, near which was found some years since an altar inscribed Deo Silvano. 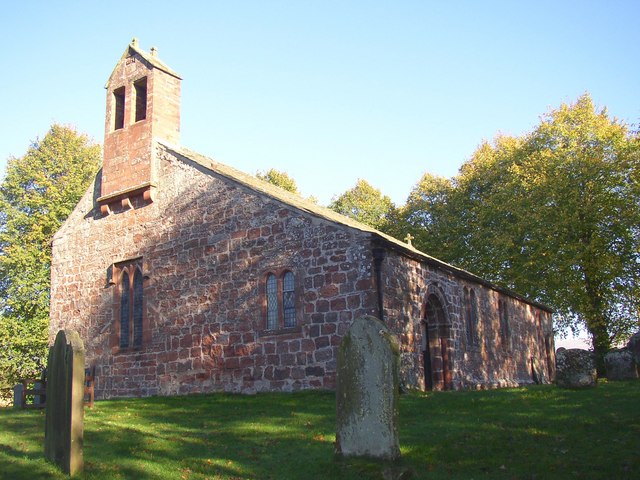 Howgill Castle, Milburn
- Overview About Howgill Castle Map Howgill Castle is a fortified manor house located about half a mile east of the village of Milburn in Cumbria.&nbsp;It was built in the 14th ...

Howgill Castle, Milburn
- Overview About Howgill Castle Map Howgill Castle is a fortified manor house located about half a mile east of the village of Milburn in Cumbria.&nbsp;It was built in the 14th ...