Milburn School is located at the north end of the Village Green in Milburn. The school building dates from 1851, replacing an earlier school here. A schoolroom in Milburn had been endowed in 1790.

The Village School is situated at the northern end of the Green. According to Butterworth there has been a school in the village since at least the 18th century and the present building was constructed in 1851 replacing an earlier, thatched one which was burnt down by one of the pupils in 1850. Originally it consisted of just one room designed to accommodate up to 55 pupils under the control of a single teacher. At this time children would generally stay at the school until they reached leaving age – by 1911 this was age 14.

Pupil numbers have varied widely over the years and during the 60s and 70s reached a low-point of 12. At this time the County Council had a policy of closing small schools and several attempts were made to close Milburn school. This was vigorously opposed by the village and in recent years the school has flourished. In 2008 it had 37 pupils, a male head-teacher (highly unusual for a small rural school), three part-time Assistant Teachers, and three part-time Teaching Assistants. In 2010 accommodation consisted of two classrooms, a school office, a food-preparation area and a modern toilet-block, all integrated into a single building.

Text from Wikipedia, available under the Creative Commons Attribution-ShareAlike License (accessed: 06/11/2020).
Visit the page: Milburn, Cumbria for references and further details. You can contribute to this article on Wikipedia.
Milburn Schools in Cumbria 1851 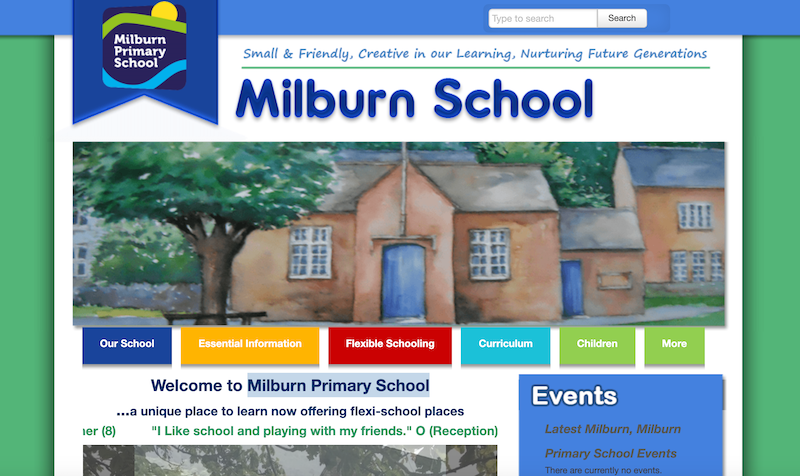 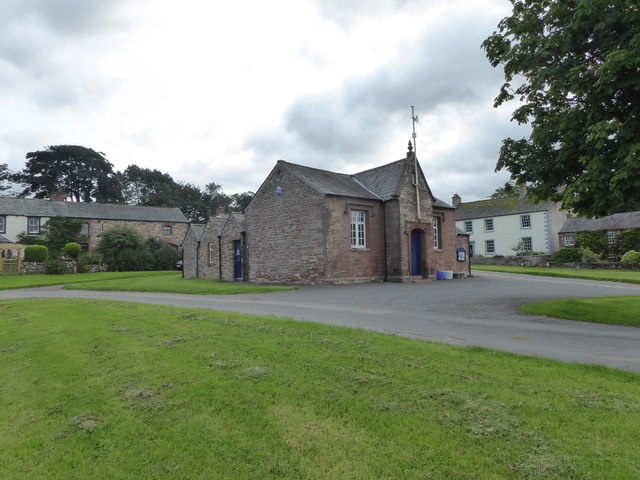 The village school at Milburn 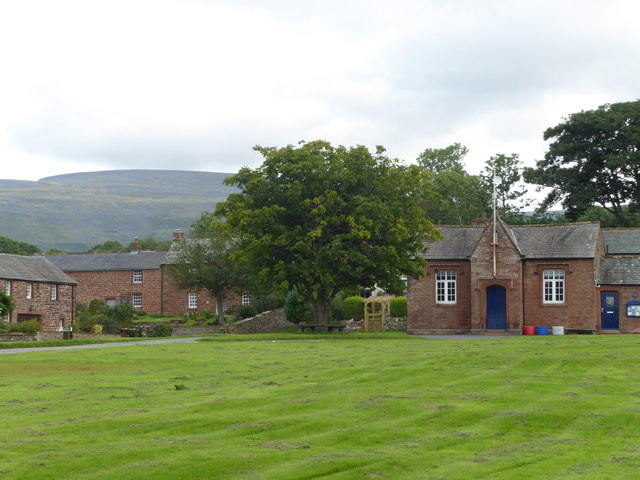 The Green in Milburn

The village school at Milburn

The Green in Milburn