LONG BENTON is a township, parish and village, having stations on the Tynemouth branches and Newcastle and Morpeth sections of the North Eastern railway, 3 miles north-east-by-north from Newcastle, in the Tyneside division of the county, west division of Castle ward, Castle West petty sessional division, Tynemouth county court district and union, rural deanery of Bedlington, archdeaconry of Northumberland and diocese of Newcastle: this is the mother parish out of which the several ecclesiastical parishes of Walker, Killingworth and North Gosforth have been formed. The church of St. Bartholomew, standing on low ground, about half a mile to the north-east of the village and very nearly in the centre of the ancient parish, probably occupies the site of an edifice existing here in 1130, if not earlier; there was a church here in the 14th century, and fragments of a building of that period were found during the last restoration: the church, westward of the chancel, was pulled down and rebuilt in 1791: in 1838, the chancel floor was raised and in 1855 the chancel was rebuilt in the Perpendicular style and the whole structure new roofed, a stained east window being given at the same time by Dr. Thomas Addison, of Spring gardens, London, as a memorial to his parents; the four other stained windows and a new font being also presented: in 1873-75, the church was restored and enlarged under the direction of Mr. R. J. Johnson, architect, at a cost of about £2,700: in 1885 an embattled south porch was erected at a cost of £120, and in 1888 new vestries, for the clergy and choir, were built on the north side of the chancel, at a cost of about £220: the church now consists of chancel, nave of five bays, south aisle, organ chamber, vestry, south porch and a western tower, with pinnacles and spire, containing 8 tubular bells, dedicated Nov. 1st 1891, by the Bishop of Newcastle, having been provided by the subscriptions of parishioners and friends to celebrate the centenary of the present building (consecrated in 1791, by Bishop Hinchliffe of Peterborough); in 1892 an open chancel-screen, designed by Mr. W. S. Hicks, architect, was erected, out of the surplus centenary fund: there are sittings for 380 persons. The register dates from the year 1667. The living is a vicarage, tithe rent-charge commuted at £84, average £65, net yearly value £279, including 84 acres of glebe, with house, in the gift of the Master and Fellows of Balliol College, Oxford, and held since 1884 by the Rev. Ernest Stanley Grover M.A. of New College, Oxford. There are Wesleyan and Primitive Methodist chapels at the hamlet of Benton Square, an English Presbyterian church at the hamlet of Forest Hall and a Wesleyan mission room in Long Benton. Previous to the year 1874, an additional burial ground, consisting of 2 acres, was provided, adjoining the old churchyard, and is under the control of a burial board of 7 members, formed Aug. 17, 1874. Mrs. Hubert Jerningham, of Longridge Towers, Berwick-on-Tweed, is lady of the manor. The principal landowners are Watson Askew-Robertson esq. D.L., J.P. of Ladykirk, Berwickshire, Joseph Frederick Laycock esq. of Low Gosforth, the Master and Fellows of Balliol College, Oxford, Mr. Robert Whitfield, Lord Armstrong C.B., D.C.L. of Cragside, Rothbury, and Miss Anderson, of Benton Lodge. The soil is freestone, and in the township are excellent freestone quarries; subsoil, sand and clay. The area of the entire parish is 8,958 acres; rateable value, £89,990; rateable value of township, £24,075; the population in 1891 was 22,162, of which 3,489 are attached to the mother church.

Forest Hall is a hamlet in this township. 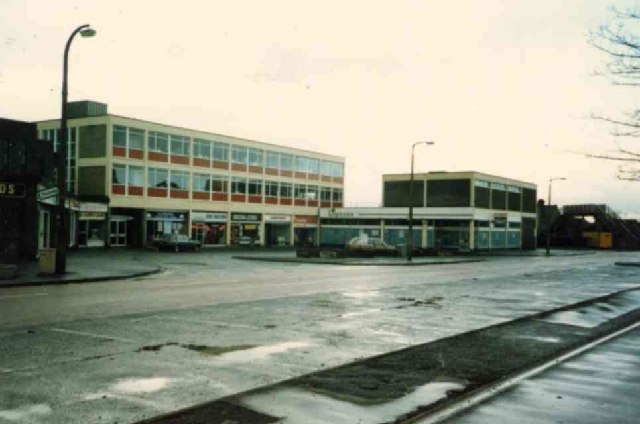 Forest Hall
- Overview About Forest Hall Map Street View Forest Hall in North Tyneside is a former village, which is now a residential suburb of Newcastle. The area is named after the ...

Forest Hall
- Overview About Forest Hall Map Street View Forest Hall in North Tyneside is a former village, which is now a residential suburb of Newcastle. The area is named after the ...